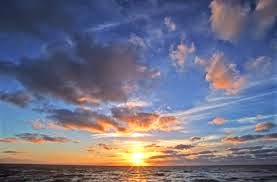 Putting aside its insane attack on carbon dioxide, declaring the most essential gas on Earth, other than oxygen, a “pollutant”, the Environmental Protection Agency (EPA) is currently engaged in trying to further regulate ozone for no apparent reason other than its incessant attack on the economy.

In late January on behalf of the Committee for a Constructive Tomorrow (CFACT), Dr. Bonner R. Cohen, Ph.D, filed his testimony on the proposed national ambient air quality standard for ozone. The EPA wants to lower the current ozone standard of 75 parts per billion (ppb) to a range of 70 to 65 ppb, and even as low as 60 ppb.

“After promulgation of the current ozone standards in 2008,” Dr. Cohen noted, “EPA two years later called a temporary halt to the nationwide implementation of the standard in response to the severe recession prevailing at the time.”

In other words, it was deemed bad for the economy. “Now, EPA is proposing a new, more stringent standard even before the current standard has been fully implemented and even though, according to the EPA’s own data, ozone concentrations have declined by 33 percent since 1980.” 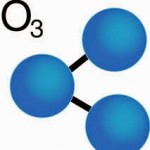 According to Wikipedia: “Ozone is a powerful oxidant (far more so than dioxygen) and has many industrial and consumer applications related to oxidation. This same high oxidizing potential, however, causes ozone to damage mucous and respiratory tissues in animals, and also tissues in plants, above concentrations of about 100 ppb. This makes ozone a potent respiratory hazard and pollutant near ground level. However, the so-called ozone layer (a portion of the stratosphere with a higher concentration of ozone, from two to eight ppm) is beneficial, preventing damaging ultraviolet light from reaching the Earth’s surface, to the benefit of both plants and animals.”

So, yes, reducing ozone in the ground level atmosphere does have health benefits, but the EPA doesn’t just enforce the Clean Air Act, it also seeks to reinterpret and use it in every way possible to harm the economy.

As Dr. Cohen pointed out, “the Clean Air Act requires EPA’s Clean Air Scientific Advisory Committee to produce an evaluation of the adverse effects, including economic impact, of obtaining and maintaining a tighter standard. Despite repeated requests from Congress, (the Committee) has not produced the legally required evaluation. By ignoring this statutory mandate, and moving ahead with its ozone rulemaking, EPA is showing contempt for the rule of law and for the taxpayers who provide the agency’s funding.”

Since President Obama took office in 2009 he has used the EPA as one of his primary tools to harm the U.S. economy. In a Feb 2 Daily Caller article, Michael Bastasch reported that “Tens of thousands of coal mine and power plant workers have lost their jobs under President Obama, and more layoffs could be on the way as the administration continues to pile on tens of billions of dollars in regulatory costs.”

Citing a study undertaken for the National Association of Manufacturers, “a 60 ppb ozone standard would result in a GDP reduction of $270 billion per year, a loss of up to 2.9 million jobs equivalents annually, and a reduction of $1,570 in average annual household consumption. Electricity costs could increase up to 23% and natural gas cost by up to 52% over the period to 2040.”

In a rational society, imposing such job losses and increased costs when the problem is already being solved would make no sense, but we all live in Obama’s society these days and that means increasing ozone standards only make sense if you want to harm the economy in every way possible.