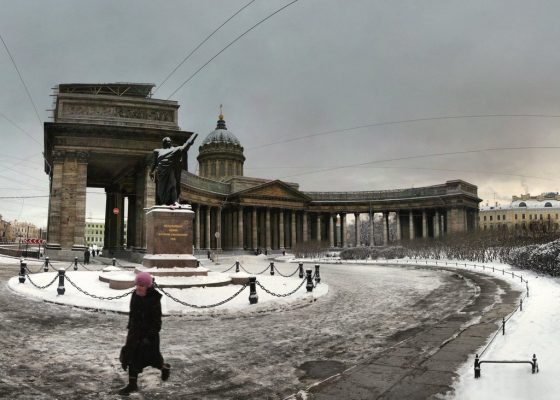 Cyberwarfare is Cold War 2.0 and the Russians are masters at it. There is no doubt now that Russia has used Internet troll factories to spread propaganda out there to promote Donald Trump for president. Putin would own Trump if he became president, but he would also control Clinton as he has tons of blackmail material on her. Behind all of this. whispering in Putin’s ear is Aleksandr Dugin, who wants chaos, power and the downfall of the US. Dugin is probably the most dangerous character in geopolitics today.

Freelance journalist Adrian Chen, now a staff writer at The New Yorker, did an expose on Russian trolls in 2015, entitled The Agency. In it, he lays out that there is a veritable army of well-paid trolls seeding the Internet with this propaganda and it has been going on for some time. These trolls have telltale signs… messages will be off by one misspelled word or the structure of their comments and writing won’t be quite right. Their arguments are scripted and sound identical. They have select sites that they visit over and over. Trevor Loudon’s New Zeal is one of those sites… Glenn Beck’s TheBlaze is another.

“I created this list of Russian trolls when I was researching. And I check on it once in a while, still. And a lot of them have turned into conservative accounts, like fake conservatives. I don’t know what’s going on, but they’re all tweeting about Donald Trump and stuff,” he said.

Linsky then asked Chen who he thought “was paying for that.”

“I don’t know,” Chen replied. “I feel like it’s some kind of really opaque strategy of electing Donald Trump to undermine the US or something. Like false-flag kind of thing. You know, that’s how I started thinking about all this stuff after being in Russia.”

These trolls have been behind a number of highly coordinated campaigns to deceive Americans. It’s a brand of information warfare, known as “dezinformatsiya,” that has been used by the Russians since at least the Cold War. The disinformation campaigns are only one “active measure” tool used by Russian intelligence to “sow discord among,” and within, allies perceived hostile to Russia.

“It is designed, as retired KGB General Oleg Kalugin once defined it, ‘to drive wedges in the Western community alliances of all sorts, particularly NATO, to sow discord among allies, to weaken the United States in the eyes of the people in Europe, Asia, Africa, Latin America, and thus to prepare ground in case the war really occurs.’ The most common subcategory of active measures is dezinformatsiya, or disinformation: feverish, if believable lies cooked up by Moscow Centre and planted in friendly media outlets to make democratic nations look sinister.” 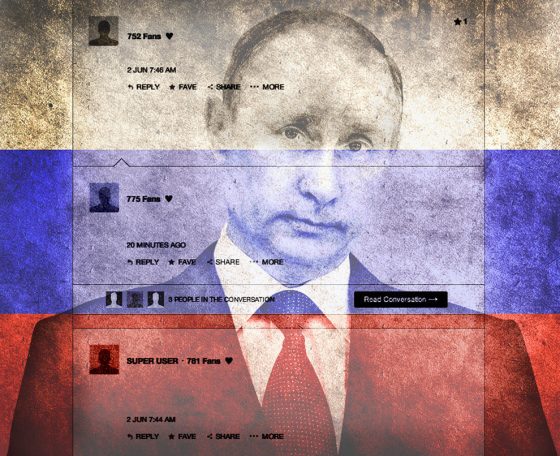 Putin is not hiding the fact that he wants Donald Trump in the White House. Trump does not support NATO or the Ukraine and he is very friendly with Putin. He also has business dealings with a number of wealthy Russians. It would not surprise me if at some point money had flowed to Trump out of Russia and Putin is now calling in his marker.

The hack of the DNC, which went on for a year and was discovered last month, has been traced back to Russian military intelligence by the cybersecurity firm, CrowdStrike. This is just the kind of cyberwarfare Russia would use for maximum effect here in the US. “The DNC hack and dump is what cyberwar looks like,” Dave Aitel, a cybersecurity specialist, a former NSA employee and the founder of cybersecurity firm Immunity Inc., wrote for Ars Technica last week.

With talented hackers for sale to the highest bidder out there, Russia has been on a shopping spree for digital talent. They are weaponizing information with the goal of bringing down the US. I’m just surprised they haven’t used it in other ways… against our power grid for instance.

There is no doubt in my mind that Donald Trump is a useful tool to the Russians.

What occurred with the recently disclosed breach of the Democratic National Committee servers, and the dumping of stolen data on a WordPress site, is more than an act of cyber espionage or harmless mischief. It meets the definition of an act of cyberwar, and the US government should respond as such.

I could not agree more. This has stepped out of the league of simple espionage and right into an act of war. The US needs to take this very seriously and address it for what it is. If Trump does not do an about face on this, the Republicans are going to have an intelligence disaster on their hands.

Trump has surrounded himself with numerous individuals who are far too cozy with the Kremlin and that have financial interests intertwined with Russia. People such as Paul Manafort, Carter Page and Retired Lt. Gen. Michael Flynn. There are others as well, but his inner circle is shaping up to be a national security nightmare when it comes to the Russians.

Two separate agencies of the Russian spy services, the domestic FSB and the military GRU, gained access, independently of each other and without the other’s cognizance, to the DNC correspondence beginning in the summer of 2015 (the FSB) and followed by an intrusion registered in April of this year (the GRU). If this had happened during the Reagan era, it would have been viewed as an act of war and would not have gone unanswered.

I give you the Gerasimov Doctrine. Denise Simone explains:

General Valery Gerasimov, the Chief of Staff of the Russian Federation’s military, developed The Gerasimov Doctrine in recent years. The doctrine posits that the rules of war have changed, that there is a “blurring of the lines between war and peace,” and that “nonmilitary means of achieving military and strategic goals has grown and, in many cases, exceeded the power of weapons in their effectiveness.” Gerasimov argues for asymmetrical actions that combine the use of special forces and information warfare that create “a permanently operating front through the entire territory of the enemy state.”

An overview of Russian activity in Latin America shows an adherence to Gerasimov’s doctrine of waging constant asymmetrical warfare against one’s enemies through a combination of means. These include military or hard power as well as shaping and controlling the narrative in public opinion, diplomatic outreach, military sales, intelligence operations, and strategic offerings of intelligence and military technology. All are essential components of the Russian presence and Gerasimov’s view that the lines between war and peace are blurred, and that non-military means of achieving power and influence can be as effective or more effective than military force. Read more here.

From The Daily Beast:

If Moscow Centre is indeed behind this bit of cyber skulduggery, then it represents the boldest intrusion ever by a past and present Cold War adversary into America’s political decision-making.

Indeed, the style and purpose of this intrusion bears an uncanny resemblance to old Cold War tradecraft.

I have said for many years, the Cold War never ended… it shifted and this is the result of that.

This Russian KGB propaganda model is cultivating widespread troll operations. It has hit many of the most popular websites in America. You see it in the comments over and over. Even more pervasive, you find them on Facebook in postings and comments all over the place. Once you know what to look for, they are not hard to find. They are spreading propaganda with ease and most just believe what they read. Big mistake.

There are whole media outlets who do the dirty work for the Russians in addition to their troll sweatshops: Alex Jones, Russia Today (RT), WikiLeaks and Edward Snowden are just a few of these. Through cyberespionage and cyberwarfare, those who are first to control the widespread use of digital propaganda are far ahead on an entirely new warfront. The Russians and the Chinese are spanking our butts in this field. A field that could easily be life and death for America. Welcome to Cold War 2.0. 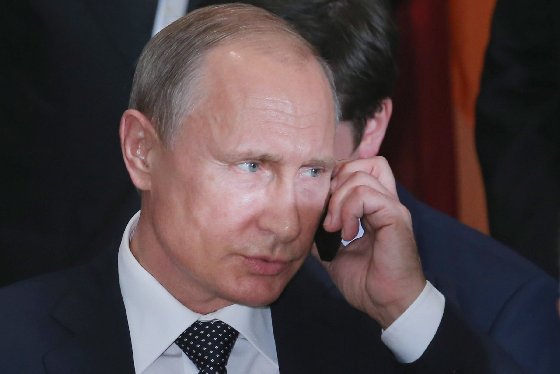