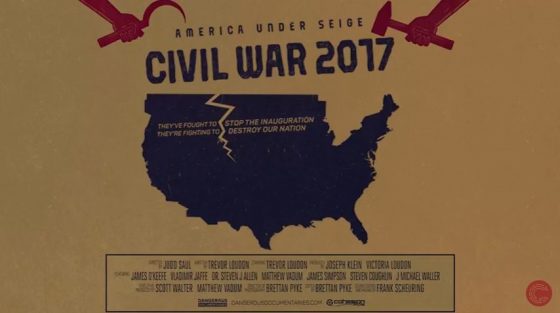 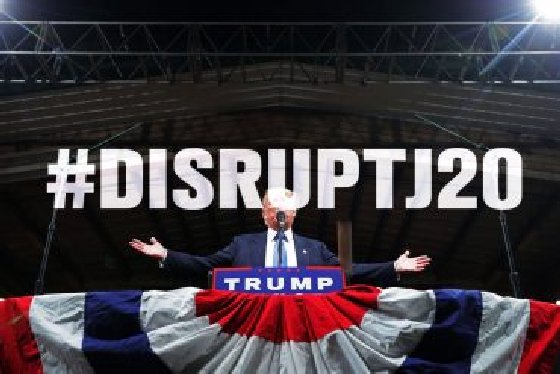 Once again, my long time friend and colleague, Trevor Loudon, has uncovered plans by the radical left to create mayhem. This time it is #DisruptJ20 (a bunch of Occupy Wall Street wannabes) and Trevor got audio of some of their plans for next week. Trevor does this type of research and goes into the lion’s den of communists to obtain proof of what they plan and scheme. This time… he hit the jackpot.

This radical group is planning to disrupt the Inauguration any way they can next week. They will block security checkpoints, they will physically fight with Bikers for Trump and others that come to the Inauguration and they are planning a dance party at Mike Pence’s home. The plans are extensive. They have planned to kick off their festivities with a “pure dance party at Mike Pence’s house” on Jan. 18th. They are going to accost the home of the Vice President-elect. I hope he has a ton of security there and they are none too gentle with these asshats.

“It’s his last few days living in Chevy Chase before he moves into the vice presidential residence, and we’re going to send him off with a bang,” the unidentified woman gleefully says in the audio.

An anti-Donald Trump group is planning massive disruptions for next week’s inauguration covering everything from “blockades” at security checkpoints to a “dance party” outside VP-elect Mike Pence’s house, according to group leaders as well as newly obtained audio of their apparent plans.

The organization #DisruptJ20 already announced at a press conference Thursday its various plans to wreak havoc at Trump’s Jan. 20 inauguration and in the days leading up to it.

A conservative group also shared with FoxNews.com what it said was audio from a Jan. 8 #DisruptJ20 meeting at a Washington church, giving even greater insight into the group’s planned D.C. “shutdown.”

The audio, recorded by Trevor Loudon with Capital Research Center, purports to show a female member detailing plans to “do everything we can to try and stop people from being able to access the inauguration.”

After they are done trying to ruin Pence’s home, the group will turn their attention to one of the main events… the “DeploraBall,” which occurs the next day on the 19th. The group is calling it the “alt-right neo-Nazi … party to celebrate Trump.” That’s disgusting and nothing could be further from the truth. “We’re gonna crash it,” she says. Again, I am sure that Trump will have a ton of security there, as well as the police and these people are not going to get a warm reception.

On the morning of the actual Inauguration, the group plans to block security check points and entrance avenues into the event. “We’re going to be doing blockades,” the woman says in the audio. “We’re going to [be] blockading checkpoints into the security zones. We’re also going to be blockading roads and other modes of transit into the city.” And there is more to their itinerary. At 10 am, they are planning an “anti-Capitalist, anti-fascist bloc” that “will be an unpermitted march that will be leaving from Logan Square.” This is where I expect them to get their violence on. I can’t imagine the Capitol police don’t already know about this and are gearing up for it.

Griff Jenkins of Fox News is all over this and doing a great job of reporting on it. These plans were presented at a January 8th meeting and there evidently were a lot of people there. What’s even wackier is that they are being fairly up front about it and are proud of what they are about to do. She went on to say: “We’re exercising our freedom of speech and really want to set a tone for the next few years that there’s a massive body of people … who are very concerned about the dangerous direction Donald Trump is taking our country in.”

“Momentum is building for a historic day of action on January 20th, jamming the streets of DC ahead of Trump’s inauguration parade and making it impossible for the media to gloss over Trump’s hateful agenda. The country will know: we don’t cooperate with an illegitimate fascist president, and they don’t have to either.”

At the above link, you will also see a partial list of those interested and those attending the radical gatherings.

#DisruptJ20 members are not shy about their plans. One organizer told Fox News he hopes to “turn the inauguration into as big of a clusterf— as possible.” ANSWER Coalition will also be there. They will protest as well, but are approaching it from a different angle. They are galvanizing tens of thousands of people at permitted locations — like Freedom Plaza and the Navy Memorial — to march and protest in a more traditional way.

The #DisruptJ20 audio was obtained by Dangerous Documentaries, a project of the Capital Research Center, as part of its upcoming documentary on left-wing protesters, “America Under Siege: Civil War 2017.” The film is set for release before Inauguration Day. I just want to say that Trevor Loudon pretty much risked his life to get that audio and should get credit for it. Trevor was discovered and thrown out, but not before he secured the audio. You can visit his site here and then go to KeyWiki.org, where the bulk of his research is located.

If you are going to DC for the Inauguration or any of the festivities, please watch out for each other and realize these radicals mean business. 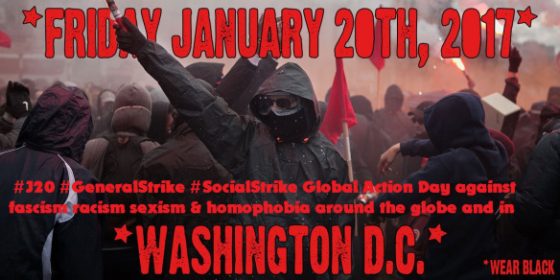