“We must unify behind Jon today and invest in his campaign like our lives depend on it.” —Rep. Stacey Abrams, Georgia Democratic House Leader

“Ossoff is the sort of progressive champion—strong on both racial justice and economic justice—who can channel that resistance energy into progressive volunteers and votes…”  Ilya Sheyman, executive director of MoveOn.org Political Action

Aggressive progressives are obsessively busing in volunteers from Michigan, Washington D.C., Maryland, New York, North Carolina and elsewhere in an effort to force a victory in Georgia’s sixth district special election for Jon Ossoff, a former intern for both Representatives John Lewis and Hank Johnson.

Using the hashtags #GA06, #FlipThe6th and #VoteYourOssoff, progressive operatives are active on social media in support of Jon Ossoff.
END_OF_DOCUMENT_TOKEN_TO_BE_REPLACED 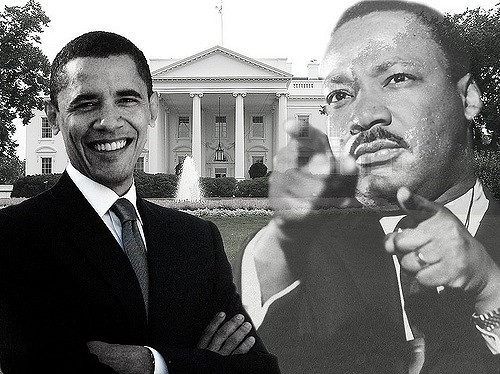 The civil rights “icon,” Rep. John Lewis (D-GA), has suddenly discovered the dangers of Russian influence in the U.S. political process. He tells Chuck Todd of NBC News, “I don’t see this President-elect [Donald J. Trump] as a legitimate president. I think the Russians participated in helping this man get elected. And they helped destroy the candidacy of Hillary Clinton.”

It will be interesting to see if Lewis disavows Russian manipulation of the civil rights movement. The movement began as a reasonable demand for equal rights for blacks, but was manipulated by outside agitators associated with the Moscow-funded Communist Party USA into becoming an instrument of Russian foreign policy.

The sad truth about Martin Luther King, Jr. is that his original mission of equal rights for black Americans changed later in life when he was surrounded by pro-Moscow communist advisers who turned him against the Vietnam War. A noble effort to save South Vietnam from communism was eventually defeated, not by the communist enemy on the military battlefield but by a Democratic Party-controlled Congress which terminated assistance to the government in Saigon. Vietnam became, and remains, a communist dictatorship.

Lewis became one of many black pawns in this Soviet scheme when he wrote for Freedomways—a propaganda organ of the Communist Party USA, and Soviet front organizations such as the World Peace Council—for 25 years. Freedomways was influential in the black community.

Lewis wrote a 1965 Freedomways article, “Paul Robeson: Inspirer of Youth,” about the famous actor and singer who had been a member of the CPUSA and admirer of Soviet dictator Joseph Stalin. In one of his more controversial statements, Robeson said that “American Negroes would never go to war against Russia,” because blacks loved Russia so much.

Today, however, blacks like Lewis are suddenly finding the Russians to be odious and obnoxious because they are perceived to have supported Trump.

The communist penetration and manipulation of the civil rights movement has been documented in the Operation SOLO documents still on the FBI website. They demonstrate that the Soviet Union illegally provided funding, reportedly more than $28 million, to the Communist Party USA, which then provided some of it to Freedomways. The documents are based on FBI informants, Morris and Jack Childs, who had infiltrated the highest levels of the CPUSA and had participated in meetings with foreign communist parties.

The presidency of Barack Obama proves that Martin Luther King, Jr. was not the last black figure to be manipulated by Moscow. In Obama’s case, it was Frank Marshall Davis, his mentor and suspected Soviet espionage agent. Strangely, Davis was recommended as a father figure for Obama by Obama’s own grandfather, Stanley Armour Dunham, who was reputed to be a CIA officer monitoring Davis’s communist activities.

It’s funny how the CIA did not issue any public warnings or alerts about the Russian influence on Obama before he took office in 2008. Nothing surfaced in the press from the CIA about Obama’s communist connections in Hawaii or Chicago.

As Obama leaves the presidency, it is relevant to go back in history to 2007, when Marxist writer Gerald Horne gave a speech, “Rethinking the History and Future of the Communist Party.” Horne mentioned how black CPUSA member Frank Marshall Davis had gone to Hawaii in 1948 and had become friends with a “Euro-American family” that included a child “who goes by the name of Barack Obama…”

Notice the odd use of the phrase “who goes by the name of Barack Obama.”

Horne had said, “In his best-selling memoir ‘Dreams of my Father,’ [sic] the author [Barack Obama] speaks warmly of an older black poet, he identifies simply as ‘Frank,’ as being a decisive influence in helping him to find his present identity as an African-American, a people who have been the least anticommunist and the most left-leaning of any constituency in this nation—though you would never know it from reading so-called left journals of opinion.”

Horne’s reference to African-Americans as “a people who have been the least anticommunist and the most left-leaning of any constituency in this nation” reflects Moscow’s successful effort to manipulate the civil rights movement and divert some of its members into pro-Moscow causes, such as abandoning the people of South Vietnam to communism.

For his part, Obama has abandoned the people of Crimea and eastern Ukraine to the Russians. It’s Obama, not Trump, who ordered the CIA to support Syrian “rebels” and jihadists, only to provoke a Russian military intervention that has left Russia and its allies with major gains in the Middle East.

By any objective measure, the Russians have benefited nicely from the Obama presidency. Yet it’s Trump who stands accused by the Democrats and their media allies (and some conservatives) of being pro-Russian.

Having been left with a weakened U.S. military and foreign policy disasters around the globe, it’s no wonder that Trump wants to see if the Russians can be persuaded to stop their aggression. It may be a false hope, but he seems to think it is worth talking about. In any case, a U.S. military confrontation with Russia in Europe or the Middle East doesn’t make any sense at this time.

We’ve asked the question before, and it’s worthwhile to ask it again, as Obama leaves the presidency. Why was Gerald Horne’s speech about the history and “future” of the CPUSA? Was he saying something about Obama that only he and other CPUSA insiders knew? Did Horne know something special about Obama’s relationship with Davis? Indeed, had information about Obama been provided by Davis to other CPUSA members? And what did the CIA know about Obama’s communist connections to Davis and others?

Horne anticipated that Obama would go down in history because he understood that the CPUSA had been working in the black community for decades, laying the groundwork for Obama’s candidacy.

If Lewis really wants to expose Russian influence, let’s begin with an inquiry into how the CPUSA targeted black intellectuals, entertainers and politicians, by using a CPUSA-controlled and Soviet-funded journal called Freedomways. We can also take a look at Barack Obama’s connection to a Russian agent by the name of Frank Marshall Davis.

Somehow I doubt that John Lewis and his media sycophants will want to conduct a probe into that. 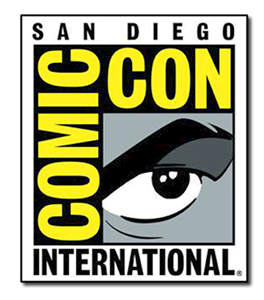