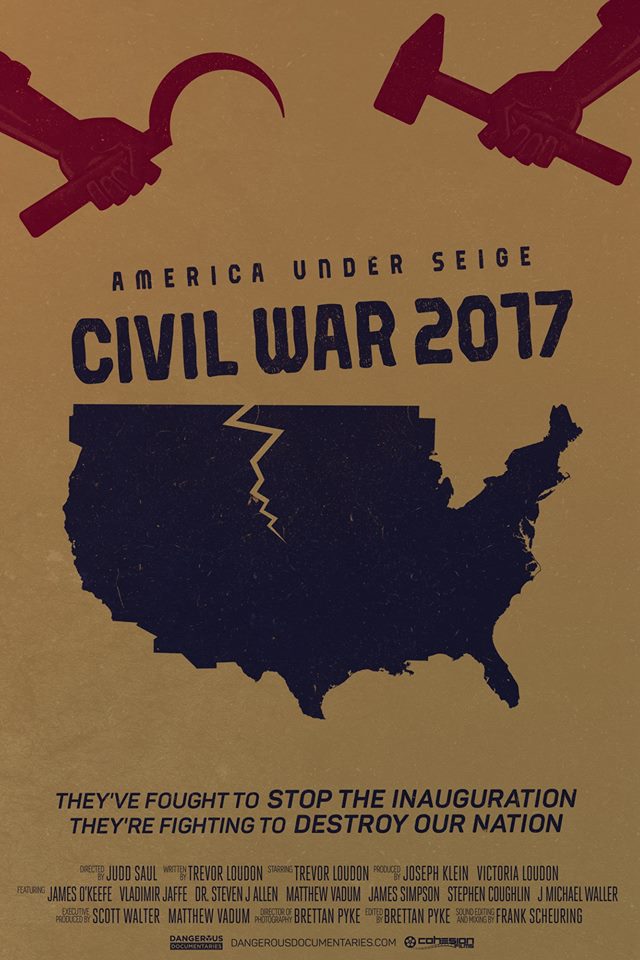 “Civil War 2017” is the first episode in a five-part “America Under Siege” documentary web-series to be released over the course of 2017. Each episode will profile the influence of radical Marxists on various segments of American society.

They’ve fought to stop the inauguration…

They’re fighting to destroy our nation…

While 700,000 protesters are converging on Washington D.C. for Inauguration Day — in addition to anti-Trump rallies planned in dozens of cities across the country — the political groups behind the protests remain shrouded in mystery. As Fox News Channel first reported, Civil War 2017 uncovers an extensive network of neo-Marxist operatives coordinating highly disruptive and potentially violent protests from coast to coast.

Working with Dangerous Documentaries, director Judd Saul and conservative commentator Trevor Loudon have compiled a team of researchers and undercover operatives to probe the roots of the anti-Trump movement, highlighting the ultimate goals and ulterior motives. Mr. Loudon, a regular contributor to Glenn Beck’s online programming, is the foremost expert on the left-wing organizers of mass protests. 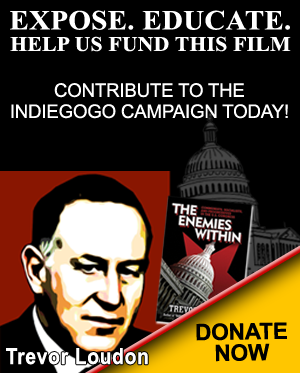 The New Zealand native is working with Iowa-based Director Judd Saul on the film The Enemies Within, which seeks to expose anti-American ties in the federal government. Loudon believes that a minority of radicals are responsible for unconstitutional and damaging policies that have been imposed on Americans for decades, a trend that has greatly accelerated under the Obama administration.

The carefully-honed media image of Bernie Sanders paints him as a mild socialist who seeks an America that provides more government services, like Norway or Sweden. Loudon, however, proves in his short film based on painstaking research that Bernie Sanders hard-core communist.

Loudon, who first exposed the connection between then-Senator Obama and Hawaiian communist Frank Marshall Davis in 2007 refers to Bernie Sanders as “a totalitarian at heart.” Sanders “has worked with spies, terrorist supporters and Eastern Bloc style communists his entire political career.”

Award-winning filmmaker Judd Saul whose documentary “Unfair” aimed at “exposing the IRS” was in theatres last year became interested in working with Loudon because he “is not a man to hold back.” Genuinely worried for America’s future, Saul recognizes that America “needs a no-holds-barred film” that will reveal “the plain truth about the enemies within our country… [and] how they are about to destroy our nation.”

When asked about the reaction to the controversial subject matter found in his book by the same name, Loudon said: “Nobody has ever challenged me on a point of fact.” Saul continued, “We are willing to put it all on the line to deliver this message.” The Enemies Within will give you information about leading senators and congress members you have never seen before.

It will shock you. When we recorded this last night we had 5% of our goal.

Thanks to very generous donations overnight we are past 10%

Thanks so much to everyone who has contributed and who has circulated our materials.

To get this vital documentary finished – please go here.

Thanks from Trevor and Judd.