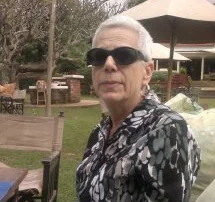 Beth Lyons is the New York CityUnited NationsAlternate Representative of the International Association of Democratic Lawyers, which was once the Soviet Union‘s main international legal front organization. She is an effect, a top international communist lawyer.

Lyons has been a defense counsel at the International Criminal Tribunal for Rwandasince 2004. In February 2014, she and Lead Counsel Chief Charles A. Taku (with their defense team) won an acquittal for their client, Major F.X. Nzuwonemeye, in the Prosecutor v. Ndindiliyimana (“Military II”) case. She has also been co-counsel on a matter related to the Kenya cases at the International Criminal Court. Previously, she worked as a Legal Aid criminal defense and appeals attorney in New York City.

Lyons has been an Alternate Representative to the U.N. for the International Association of Democratic Lawyers (IADL) since 1997 and is a member of IADL’s Bureau. She has served on the ad hoc Organizing Committee for the ICTR Defense Conferences at The Hague (2009) and in Brussels (2010).

In 2003, Lyons was an Invited Expert to the first ICC Seminar on Defense Issues. She has made presentations and published on the challenges to the ICTR and international justice, truth and reconciliation commissions (South Africa and East Timor), business accountability for human rights violations and joint criminal enterprise.

In the late 1980s, Lyons served in the leadership of America’s largest Maoist group, the Freedom Road Socialist Organization.

Beth Lyons attended the 8th United Nations Congress on the Prevention of Crime and Treatment of Offenders in Havana, Cuba, August 1990.