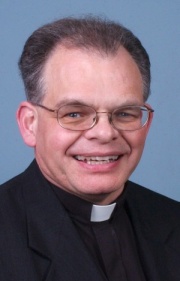 He also taught philosophy and world religions at Des Moines Area Community College in Boone, Iowa and is an ordained Lutheran pastor.

“The word of God and communism are hand in hand,” said Diana Sowry, a school bus driver from Ashtabula County, Ohio. She was one of a group of clergy and lay people participating in a conference on religion sponsored by the Communist Party USA in Des Moines, Iowa on April 15-16, 2005.

In the session on Marx and religion, Paul Nelsondisputed the idea that Marx opposed all religion. What Marx denounced was an “illusory” form of religion that served as “ideological cover for the exercise of aristocratic economic and political power,” Nelson said. Like the reactionary state religion in 19th century Germany, today “we see religion twisted and turned and used to discipline people,” he said.

Right-wing Christian ideologues focus on the next world and individuals’ private relationships with Jesus, Nelson said. But a progressive, “living” religion is based on human activity in “the world we know,” he argued. It sees the “kingdom of heaven” as something to strive for in the real world.

In 2005, Rev. Paul Nelson, then a Lutheran pastor in Ames, Iowa, was part of a delegation of 12 Iowa Lutherans who traveled to Mexico in the Fall of 2005 for a week long program inspired by the Christian liberation theology movement in Central America. The program, sponsored by the Lutheran Center in Mexico City, “caused many of us to return to Iowa with our eyes newly opened to the possibilities for social change in America.”

From my experience with church life in rural Iowa, I believe this kind of political discussion and involvement with working-class people — even in church halls — can indeed unmask the ideology of the right in all of its political/economic and religious/moral dimensions. This political work can also motivate working people — religious and non-religious — for the important tasks of organizing coalitions for fundamental political, economic and social change. This may seem like an overwhelming task, but it can and must be done for the advance of socialism in America.