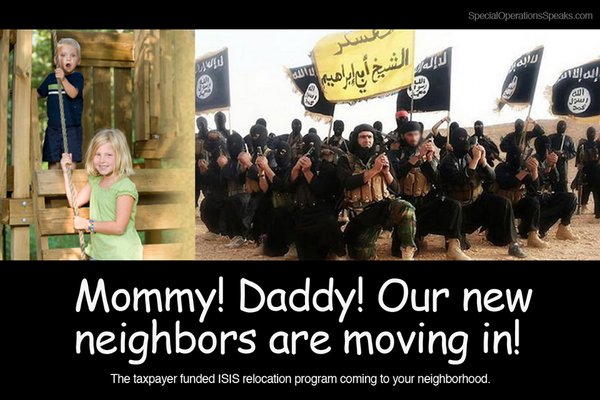 This shocking video describes the imminent threat we face as the State Department moves to secretly bring 65,000 unvetted Syrians to America under Obama’s regime with no local knowledge or control.

The federal Refugee Resettlement (RR) program is operated today by the Global Left, the UN, Islam, and religious frauds. The goal is to Change America by Changing its People.

As a result, we are drowning in refugees who are destroying our Constitutional freedoms, overburdening our welfare system and posing a genuine national security threat.

Will you as an American citizen stand up and fight this national suicide via LEGAL IMMIGRATION?

By signing this petition, you are telling your Governor and state representatives to take specific action to allow City and County Councils to decide if their budgets can support refugee resettlement and if their people want it!

What’s needed is a proviso to your state budget such as this:

No state funds shall be expended to assist in the U.S. Refugee Resettlement Program unless the community targeted for resettlement approves.

Once you have signed the petition, check to see your signature among your fellow patriots marked on the interactive map.