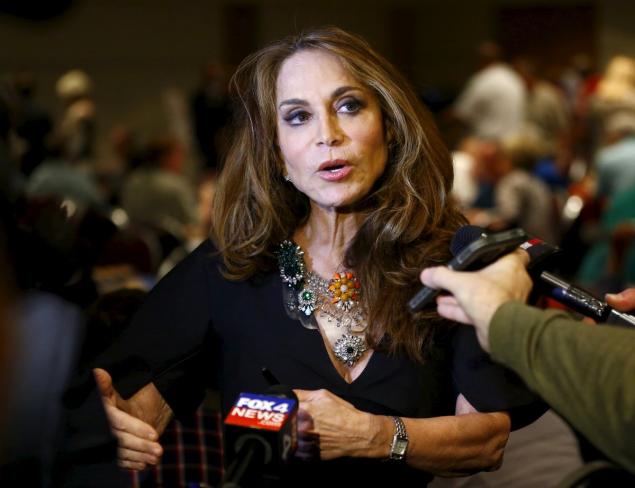 When Adolf Hitler published “Mein Kampf” in 1926, he spelled out his vision for Germany’s domination of the world and annihilation of the Jews. Germany would not have lost WWI, he wrote, “if twelve or fifteen thousand of these Hebrew corrupters of the people had been held under poison gas.”

In 1933, Hitler’s Nazis took power. The few people who had read Hitler’s manifesto and took him seriously fled in time to save their lives. But most – including most Jews – didn’t. Comfortable, often prominent, and fully accepted, they believed in German society and could not fathom that a madman actually meant what he said and intended to fully carry out his malevolent vision.

Even as things grew increasingly menacing – through Kristallnacht, book burnings, the stultifying restriction of civil liberties, the expulsion of Jewish children from schools, the construction of Dachau, Auschwitz, Treblinka, and other death camps – there were Jews and others who downplayed Hitler’s ominous threat. Worse, they derided and vilified those who took him seriously, calling them fear-mongers and haters and liars. Sound familiar?

Today, the entire world faces the threat of galloping Islamic terrorism. We see this every day in every newscast – grisly individual and mass beheadings, people chained in cages and set on fire, hundreds of schoolgirls kidnapped, raped, and worse; Christian churches burned to the ground with their desperate congregants locked inside; innocent cartoonists shot dead and their colleagues gravely injured in France, Jewish babies murdered in their cribs and strollers. Increasingly, we see “honor killings” in the United States, as well as other freedom-smothering manifestations of Sharia law.

What happened in Germany in the 1930s and ’40s is happening in America today, except the assault on our system is not coming from Nazism, but rather from radical Islam. The mullahs in Iran and their surrogates around the world stand at podiums and declare boldly: Death to America, Death to Israel! They tell us outright that their goal is to create a caliphate in which Sharia law is the law of the land, in which all infidels – anyone who does not practice or has not converted to Islam – are relegated to second-class citizenship, draconian taxes, and groveling servitude, if not outright enslavement. Some of our own elected officials echo their words. All of them, like Hitler, rely on apologists who flagrantly lie about this escalating threat. Shame on them!

During WWII, Winston Churchill was the proverbial canary in the coal mine, repeatedly issuing the earliest warnings to the Western world of Hitler’s psychotic megalomania and evil intentions. Again, few listened, while prominent, educated, and sanctimonious types derided and vilified Churchill and called him a fear-monger and a hater and a liar. Sound familiar?

Since 2004, when she founded the Atlas Shrugs website (now PamelaGeller.com), Pamela Geller has been our Winston Churchill, warning of the increasingly aggressive actions of radical Islamists, the terrifying acts they commit, and their fervent goal to eviscerate our Constitution and Bill of Rights – you know, those little documents that afford us spoiled Americans the right to say what we want, be it in speech, drawings, art, movies, and music, without fear of being murdered!

That is why, as journalist Jonah Goldberg points out, the First Amendment applies to things that people find offensive, for instance Andreas Serrano’s “Piss Christ,” in which the “artist” urinated in a glass and then placed a plastic icon of Jesus on the cross into it, or the Brooklyn Museum of Art’s exhibition of a portrait of the Virgin Mary, which was partly comprised of pornographic pictures and elephant dung.

As I recall, all the holier-than-thou hypocrite who are calling for Geller’s head were bleating their support of “free speech” back then.

That is also why people who cherish the First Amendment agreed that it was okay to have a loathsome Nazi contingent walk the streets of Skokie, Illinois (with its formidable Jewish population) in the mid 1970s, and why other protest movements have been so powerful and important: for instance Patrick Henry’s bold declaration, “Give me liberty or give me death”; the Yo No rebellion in Cuba against its repressive government; the Boston Tea Party’s “no taxation without representation” protest; Susan B. Anthony’s “illegal” vote for women’s suffrage; Henry Thoreau’s demonstrations against slavery; the history-changing actions of Dr. Martin Luther King, Jr. and Rosa Parks against racial discrimination…the list of heroic people sounding the alarms is endless.

Throughout history, all of these crusaders for freedom have been insulted by the cowardly accommodators among us, the appeasers, the apologists, and the deluded masses who thought, as Churchill said, that “the crocodile [of tyranny, fascism, murder, even genocide] would eat them last.”

Pamela Geller succeeded in literally flushing out the enemy within, two of the many jihadists in our midst. Only days after their failed assassination attempt, ISIS claimed credit for the attack and embarrassed our Department of Homeland Security into increasing security conditions at U.S. military bases and elevating the threat level in the U.S. to BRAVO – not the highest level, but pretty damn high!

But instead of praising Geller for her foresight and courage, cowards and apologists on both the left and right used the tactics of radical Saul Alinsky (described in his own manifesto, “Rules for Radicals”), which are to: “Pick the target, freeze it, personalize it, and polarize it.” Hurling gratuitous epithets and insults and lying are also in their repertoire.

But in spite of it all, Geller is not intimidated, because like Churchill she has truth on her side! She awarded First Place to a graphic artist who left Islam for the freedom that the First Amendment offers.

Still, it is clear that few people have learned the lessons of September 11th and the 14 years that have followed about the increasingly urgent need for vigilance against a deadly serious enemy, and for the equally compelling need to thank and to celebrate people like Pamela Geller for risking everything to protect our priceless freedoms.

As journalist and author Mark Steyn reminds us, “you’ve heard them a zillion times this last week: ‘Of course, I’m personally, passionately, absolutely committed to free speech. But…and the minute you hear the ‘but,’ none of the build-up to it matters.”

“…all the nice respectable people are now telling us,” Steyn adds, what Mohammed Atta told the passengers on 9/11: “Stay quiet and you’ll be okay.”