Where to begin in these days of turmoil, both at home and abroad?
I think I’ll start at home, with the weather.  A major winter storm is due to start here within hours.  It is predicted that the north, Jerusalem, and high places in Judea and Samaria will see considerable snow between now and Friday.  In other places there will be torrential rain, hail, thunderstorms and flooding.

As long as I don’t lose my electric power, I’ll keep writing.
~~~~~~~~~~
From snow, to heavier issues regarding the Palestinian Authority:
The US State Department has criticized Israel’s declared intention to withhold collected taxes from the PA because of Abbas’s application for membership in the ICC. Spokeswoman Jen Psaki delivered one of her typical, vastly irritating statements: “We’re opposed to any actions that raise tensions. Obviously this is one that raises tensions.”
Translation: “Yes, I know the PA did something deplorable, but be nice. We don’t want to make them angry now, do we?”
Well, actually, yes, I think we do.
~~~~~~~~~~
I had alluded recently to the fact that while we are about to withhold PA tax money, the PA owes the Israel Electric Company enormous sums of money.  And now, lo and behold, the Israel Electric Company seems to have come to its senses.  Or, perhaps more accurately, I should say that they’ve been given a tacit nod from the government that allows them to take a necessary and sensible position.
Israel Electric Company CEO Eli Glickman has now sent a letter to Israel’s security chiefs, letting them know that there may be a certain amount of “unrest” in PA-controlled areas because a decision has been made to limit the supply of electricity in those areas.  That is because the PA and the Palestinian-Arab controlled Jerusalem District Electric Company owe the Electric Company 1.7 billion shekels (well over $400 million). The PA buys the electricity from IEC and then sells it to PA-controlled municipalities.
Glickman has written that, “the debt imposes a heavy burden on the company’s cash flow…” and IEC “as a supplier of an essential service that is committed to all its customers, is obligated to begin working in the coming days to collect [outstanding funds]” either by limiting supply of electricity or refusing to connect new customers.
http://www.ynetnews.com/articles/0,7340,L-4611713,00.html
At last!
Please do note that service will be reduced, not curtailed.  And I am quite certain that nothing has been initiated that would affect service during the predicted storm.
~~~~~~~~~~
It must be pointed out that the failure of the PA to pay this bill is not an indication of a simple lack of funds, but rather of a highly inappropriate utilization of funds.  There is, for example, the matter of “salaries” paid to the terrorists in Israeli jails (with the amount of the salaries higher for those who committed more heinous crimes).
And then, of course, there is the enormous corruption in the PA, so that, while the Palestinian Arabs receive the highest amount per capita in international funding of any group, a good deal of that money seems to “disappear.”
Please see, “The  10 year klepto-dictatorship of Mahmoud Abbas”:
“Like any dictator, [Abbas is] corrupt. His predecessor, Yasser Arafat, was accused of embezzling billions of dollars of money meant for the Palestinian people, with US officials estimating the man’s personal nest egg at between one and three billion dollars. In line with his role model, after whom he named his own son, Abbas has continued this ignominious tradition.”
http://www.jpost.com/Opinion/No-Holds-Barred-The-10-year-klepto-dictatorship-of-Mahmoud-Abbas-386752
~~~~~~~~~~
What must be asked, however, is why the Israeli government is not simply turning over to the Electric Company the money that is being withheld, so that a good part of the money owed by the PA for electricity would be covered.
The fact that this is not the case suggests that the government knows now that the money is being held only temporarily as a gesture, and that ultimately it will be given to the PA.  Or that there is at least the possibility of this decision being made, in response to international pressure.
~~~~~~~~~~
The PA application for membership in the ICC does not require the US to act – beyond, perhaps, closing a PLO office temporarily.  But, according to recently passed US legislation, no funding may be provided to the PA if “the Palestinians initiate an International Criminal Court judicially authorized investigation, or actively support such an investigation, that subjects Israeli nationals to an investigation for alleged crimes against Palestinians.”
Both Israel and members of Congress are watching the situation closely.http://www.timesofisrael.com/israel-to-ask-congress-to-stop-funding-pa/
~~~~~~~~~~
When reports came out very recently indicating that non-governmental Israeli organizations might be the ones to pursue charges against the PA in courts outside of Israel, my thoughts went immediately to Shurat Hadin.  And here you are:
http://www.jpost.com/Arab-Israeli-Conflict/Shurat-Hadin-readies-war-crimes-complaints-against-Palestinians-386670
“Shurat Hadin said it would be sending copies of the ready-to- file complaints to Abbas, Mashaal, Hamas Prime Minister Ismail Haniyeh, and many others so that they could see directly what they will face if they go beyond signing the Rome Statute and take the final step of filing war crimes complaints against Israelis.”
They’re fantastic.
~~~~~~~~~~
International lawyer Alan Baker, Director of the Institute for Contemporary Affairs at the Jerusalem Center for Public Affairs, has now drafted “Ten Points Regarding the Fundamental Breach by the Palestinians of the Oslo Accords.”
http://jcpa.org/ten-points-breach-palestinians-oslo-accords/ 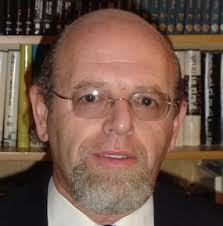 It is the considered legal opinion of Ambassador Baker that (emphasis added):
In “petitioning the UN, the International Criminal Court and international organizations to recognize them and accept them as a full member state, and by their unification with the Hamas terror organization, the Palestinians have knowingly and deliberately bypassed their contractual obligations pursuant to the Oslo Accords in an attempt to prejudge the main negotiating issues outside the negotiation.
“This, together with their attempts to delegitimize Israel among the international community and their attempted actions against Israel’s leaders, has served to frustrate any possibility of realization of the Oslo Accords, and as such the Palestinians are in material breach of their contractual obligations.”
“…according to the accepted and universally recognized laws of contracts and international agreements, a fundamental breach enables the injured party to declare the agreement void and is freed from any further obligations pursuant to the agreement or contract. Therefore the fundamental breach of the Oslo Accords by the Palestinians is indicative of their conscious decision to undermine them and prevent any possibility of their implementation. As such they have rendered the Accords void…Israel has the legitimate right to declare that the Oslo Accords are no longer valid and to act unilaterally in order to protect its essential legal and security interests.”
A very important legal opinion. But fairly meaningless if Israel does not act accordingly.
~~~~~~~~~~
Matters have not been exactly peaceful here in the political sphere, aka the “political circus.”  A few highlights:
There were some irregularities discovered in the voting in the Likud primary, which were challenged by Tzipi Livni.  After some re-counting was done, she found herself just 55 votes shy of taking the (realistic) 20th slot from Avi Dichter. She says she is not giving up yet.  There have been some other readjustments of slot assignments according to the recount.  But I will not report on details until it is all final.
Netanyahu made a statement regarding campaign plans for the Likud that involved some future legislation that would change electoral procedures.  But this is campaign talk.  If and when such legislation is proposed, I will write about it.
~~~~~~~~~~
For some many days the Herzog-Livni duo, according to the polls, was either slightly ahead of Likud or neck and neck with it.  Now polls are showing Likud pulling ahead.  Predictions are that a right-wing religious coalition might be composed of as many as 69 mandates.
At present, neither the newly founded party of Michael Ben-Ari nor that of Eli Yishai is shown to make the cut-off (3.75% of the vote)for getting into the Knesset.
Shas is, unsurprisingly, showing at only a fraction of its current strength.  A similar drop in mandates is showing for Yisrael Beitenu (Lieberman) and Yesh Atid (Lapid).
A word about Lapid here: He has admitted on IDF radio that he went into the Finance Ministry, “a bit power drunk…we should have listened to advice more.” He sure was power drunk, and he did damage in the process. Perhaps he thinks making this confession will square him with the voters, but I do not.
Moshe Feiglin has announced that he is leaving Likud.  His plans are a bit vague. Either he’ll start a new party (we need another party, yes?), in which case he recognizes that he will not be in the Knesset next time around. Or he’ll join with another nationalist party now, in hopes of securing a realistic place on a list.  Ben-Ari has invited him; it is not clear to me at all if Feiglin has sufficient voter influence to bring Ben-Ari’s party into the Knesset.
New people are joining parties at a rapid clip – including from the broadcasting world and the entertainment world.  Let’s see who makes the cut once lists are announced.  Up-coming soon is the Habayit Hayehudi primary; not every party determines its list via primary.
~~~~~~~~~~
I close with this upbeat opinion piece by Guy Bechor: “The Arab oil era is over.”
“As the Gulf states are left with no money to spend and are experiencing internal shocks, the era of destructive Arab power is coming to an end; the Israeli mind and innovation era, on the other hand, is just beginning.
“The most dramatic news in 2014 almost went unnoticed: The United States lifted the restrictions on American oil exports, and as of the first day of the new year it has begun exporting oil to the world.
“No one believed this would happen so fast, but the US is already the world’s biggest oil manufacturer, bigger than Saudi Arabia, thanks to the oil shale technology which changed the world of energy…
“As the year 2015 begins, we are facing a new world: A world of a revolution of information, mind, personal strength, innovation and inventions. And in this world, Israel is a real princess…
“Israel is becoming a close friend of countries which were distant in the past but are close today, like India, Japan, China and South Korea. They too understand that those who are not innovative and lack a creative mind will just not be. And in this field, Israel has a lot to offer them, just like they have a lot to offer in return.”
http://www.ynetnews.com/articles/0,7340,L-4611200,00.html
As I hear the wind howling outside my window, I am able to smile.
Donate to
NoisyRoom.net
Support American Values...