Many years ago a friend of mine invited me to become a part of a multilevel marketing business, a chance to start something on the side and provide extra income.  This wasn’t some get rich quick scheme and would require effort and acquiring new skills to become moderately successful.

One of the first skills was learning to ‘spin the circles’, my friends way of saying that you had to stand in front of an audience with a chalkboard and invite them to share their dreams, dreams which were in fact goals worthy of extra effort needed to start their own business and join your group.

A random sampling would include new cars, home improvements like remodeling the kitchen, fancy jewelry, travel to exotic vacation spots and so on.  Inevitably there would be one person who was above ‘material things’, a person who dreamed of ‘World Peace’; the perfect beauty pageant answer that said absolutely nothing.  This individual wore a holier than thou smirk as if to say he was satisfied with a twelve year old beater and didn’t appreciate being challenged beyond the 40 hour work week; life was more than filling a toy box with more toys.  Next!

This came to mind as I went over the lessons shared at church yesterday.  During Sunday School we’d talked about  Miracles and how they were presented in the New Testament.  Class members shared some of their experiences which they considered to have been miraculous to some degree.

One brother had been involved in what could easily have been a fatal traffic accident; but for the ‘grace of God’ he some how survived and was able to regain full use of his body.  Another talked about a relative who’d been given six months to live after being diagnosed with cancer; but two years later is cancer free.

An older brother added to the discussion by mentioning that when he purchased tires for his car they came with a sixty thousand mile warranty.  He paused and formed his next thought carefully, “If I’ve calculated correctly…, I only need to purchase one more set of tires based on how many miles I drive a year”.   Now that’s a sobering thought; recognizing the inevitable ‘jumping off place’ as you approach mortality’s finite limits.

But what about those who die unexpectedly; step in front of a fast moving truck or have a sudden heart attack?  How do these individuals plan out their mortality, or does finality enter into the equation as they meander through life much as a leaf blown hither and thither? 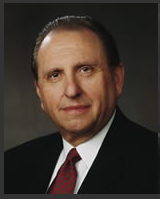 I should mention that the last hour of study was tied to a General Conference talk given by Thomas S. Monson,  Guided Safely Home, wherein we were challenged to figure out our ‘purpose’; an extremely broad topic requiring a bit of thought.

Depending on what level of ‘purpose’ you were thinking about the answers could be as trivial as obtaining a new car, better employment, writing a best selling novel or…, the top prize, exaltation in the Celestial Kingdom sitting in the presence of our Father in Heaven.   What level of ‘purpose’ was/is worth altering your life style choices?

The more I thought about the lessons, putting the two together as I contemplated my own ‘purpose’, it came to me; these lessons had been presented much the same as ‘spinning the circles’, not much different than multilevel marketing.

I’m no spring chicken and recognize the time limits placed on my mortality.  What do I wish to accomplish with the time given me; assuming I don’t step in front of the proverbial truck or have that unexpected heart attack that takes me before I’ve planned my own funeral?

To ‘spin the circles’ and grow your own business you needed to find out your prospect’s short term, mid range and long term goals.  These goals must be strong enough stimulate a prospect into acting upon them.  If you couldn’t bring out a worthy challenge then the likelihood of bringing the prospect on board were greatly diminished.

I remember hearing about a fellow who when asked what he might do to improve his lot in life responded, “Hey, I’ve got a television and a six pack of beer; what else do I need?”  Not everyone will respond to an invitation to grow.

I’d love to have a new truck with all the bells and whistles.  My house in Buffalo is coming along; but wouldn’t it be great to have top of the line appliances instead of entry level Sears?  I’ve been slowing down my hours in business intentionally as I get closer to retirement; wouldn’t it be great to have some kind of supplemental income other than my police retirement and social security? 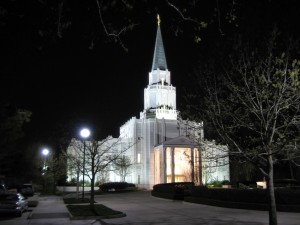 My creative writing has slowed down; isn’t it worth a little extra effort to share some of the thoughts that are lined up in that fog of a brain?  Spending more time at the temple, to be fully immersed in scripture study gaining a better understanding of what the Lord would have me do; that would be the sweetest thing of all…

A tune from Fiddler on the Roof invades my thought process.

As I close my thoughts, pausing to breathe out and proclaim quietly, “Oye”…, the question remains, what is my purpose, my goal to accomplish in the time allotted me?   What will I do differently to bring about those changes necessary to accomplish my life’s mission?

More importantly, what will you do?  Will you take a few moments to consider your purpose?