I comment every year at this time about the difference between the way the secular new year and the Jewish New Year (Rosh Hashanah) are celebrated.  In the Jewish tradition it is a time for prayer and introspection.

This year in particular, I think, the difference is marked.  For the year 2014, in retrospect, does not leave much room for celebrating (except, of course, on a personal level).

This said, we are forbidden to despair. There is always room for hope. We SHOULD hope for better times, and resolve to do all possible to bring them to fruition.  And there is something about turning that calendar page, with a new year marked on it, that increases the sense of hope – makes hope feel more possible.

And so, I extend to my dear readers my heartfelt wishes that at a personal level you should find the year 2015 a very good one.

And for the larger world, I pray for the serious weakening of radical forces, (they should self-destruct) with strong and wise leadership in the democracies holding sway (I can dream).  A diminution of disease and poverty and hatred.  An increase in loving-kindness and acts of simple humanity, one to the other.

May we all be able to sleep easily and have much reason for laughter in the 12 months ahead.

If not for the incoming year, I would not have written again today.  For today is the Likud primary – a time when all those who are members of the party have the opportunity to select the candidates who will appear on the list for the elections.  We will not have results for a day or two.

What we know, with almost a certainty, is that Binyamin Netanyahu will head the list, and is likely to emerge, once again, as prime minister. What also seems to be the case – we shall see – is that a number of right wing/nationalist candidates will be high up on the list, thus guaranteed seats in the Knesset.

Perhaps in the end, when the Israeli election is held, there will be cause for great hope. For Habayit Hayehudi seems to be growing stronger as well, while certain other parties, such as Livni’s, seem to be on the cusp of disappearing.

But right now, the political circus – when monitored carefully – tends to promote a headache.  Or a stomach ache.  I will examine some of the diverse parameters in an upcoming posting – at the same time that I report on the Likud primary results.  I confess, the situation has been so fluid and frequently unpleasant that I’ve been reluctant to report on it in any detail.

What I will report on here are the results of the vote on a Palestinian state held last night in the Security Council: It did not pass – there were eight votes for, and not the required nine, so that the US did not have to veto.

But here too we see a situation that was very fluid.  At one point late yesterday, PA spokespersons said that they had the necessary majority of nine, as France – a big disappointment – and Luxembourg had decided they would vote in favor.  But at the very last moment, Nigeria had second thoughts and decided to abstain instead because a negotiated settlement is required.

Along with France and Luxembourg, China, Jordan, Russia, Argentina, Chad and Chile voted for the resolution, while the UK, South Korea, Rwanda, and Lithuania abstained.  The US and Australia voted against.

What will happen next is anyone’s guess, as PA representatives are prone to making a variety of threats.

For the last post of 2014, a site that describes some of Israel’s innovations of the past year:

My favorite is the ReWalk, which is an “Israeli-developed exoskeleton system that enables the paralyzed to walk…Using computers and motion sensors for the heavy lifting, ReWalk allows independent, controlled walking similar to that of an able-bodied person. The system controls movement using subtle changes in the center of gravity, mimics a natural gait and provides functional walking speed, enabling even paraplegics to move independently.” Courtesy
Amazing.  If things such as this are being done, there is definitely hope. 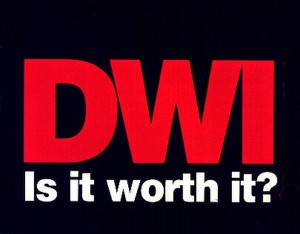 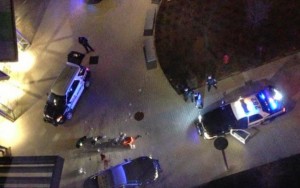