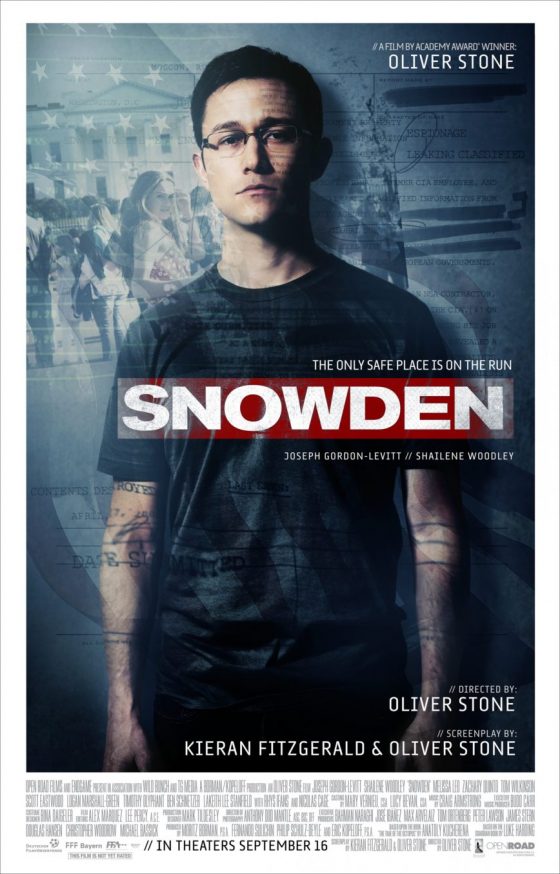 In a story headlined, “The New Snowden Movie is the Best PR He’ll Ever Get,” a young writer with no knowledge of Russian espionage operations quotes an ACLU lawyer as saying that the upcoming movie “Snowden” will paint the former NSA analyst living in Russia as “a hero who exposed the great injustices and overreach of the global surveillance state.” The film will therefore “have a huge effect on how the public sees Snowden,” he says.

But the film, scheduled for release on September 16, may be an attempt to salvage the reputations of both Edward Snowden and the filmmaker, Oliver Stone.

Edward Snowden is charged with espionage, and has been described by presidential candidate Donald J. Trump as a traitor who should be executed.

His disclosures of NSA surveillance techniques have assisted America’s enemies and adversaries, including the Islamic State and Vladimir Putin’s Russia. I wrote a book about the case, Blood on His Hands: The True Story of Edward Snowden, examining the setbacks for American foreign policy in the wake of Snowden’s theft of classified documents, and the U.S. being caught blind regarding Russian aggression and Islamic State expansion into Europe and America.

Two days before the film’s release, some theaters will feature a live question-and-answer period between Snowden and Stone following a special screening, with Snowden appearing live from Moscow.

Stone is apparently hoping the film will restore his reputation as an avant-garde filmmaker whose previous release, “South of the Border,” was an embarrassing apology for a series of Latin American communists. It depicted Venezuela as heaven on earth and featured interviews with such despots as Hugo Chavez, Lula da Silva of Brazil and Raul Castro.

Chavez has since expired and met his maker, while Venezuela is a hell-hole example of how socialism works in practice, with shortages, massive inflation and violations of human rights on a constant basis. Lula da Silva’s successor, Dilma Rousseff, has just been impeached in Brazil. Castro is still in power because Barack Obama and Pope Francis engineered U.S. recognition of the Communist regime in Cuba, and thereby a lifeline of new money.

Trying to make himself newsworthy again, Stone has made the movie, “Snowden,” after a trip to Russia where he met with former Soviet president Mikhail Gorbachev. Upon his return, he delivered the commencement speech at the University of Connecticut, where he described Edward Snowden as “an avatar” for the next generation.

Previous avatars have included Aldrich Ames, the CIA traitor, and Robert Hanssen, the FBI traitor. Both were spies for the Soviets and are serving life sentences in prison.

He was apparently referring to Julius and Ethel Rosenberg, who were American citizens executed for espionage on behalf of the Soviet Union back in 1953.

Yet, President Obama’s then-Attorney General Eric Holder actually wrote to the Russians, promising them that Snowden would be spared the death penalty if he returned to the United States.

In a story about how Snowden is pulling in tens of thousands of capitalist dollars for digital speaking appearances from Russia at American colleges and other events like concerts and Comic-Con, Michael Isikoff and Michael B. Kelley of Yahoo! News reported that advance work in the media for the new Snowden movie is being handled by “veteran liberal public relations executive David Fenton.”

That seems appropriate. In the past, Fenton has represented George Soros, the communist Sandinistas in Nicaragua, the Salvadoran communist guerrillas and CIA defector Philip Agee.

Snowden seems to be the NSA equivalent of Agee, who defected from the CIA and became a Cuban and Soviet agent. Benjamin S. Civiletti, attorney general in the Carter administration, provided Agee with immunity from prosecution. At the time, the FBI wasarguing for prosecution of Agee on the grounds that he was engaging in espionage activity against the U.S.

Snowden may be seeking to return to the U.S. because of what happened to another defector from the NSA to Russia. Victor Norris Hamilton, a former code analyst with the NSA who defected to Russia, was discovered in the 1990s at a Moscow psychiatric prison hospital. After the Soviets milked him, they put him in a rubber room.

Former Reagan National Security Council staffer Oliver North says that Snowden will be killed by the Russians when they have finished using him for propaganda purposes. Then, he suggests, the Russians will blame his death on the CIA.