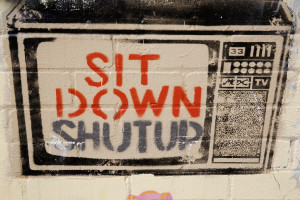 While the Obama administration appears to have used its power once again to force the issue of net neutrality, the FCC has been rebuked in the courts twice before, and is likely to lose on this one as well.

On Feb. 26, the five FCC commissioners voted 3-2 to place the Internet under strict common-carrier rules of Title II of the Communications Act of 1934. It was a party line vote, with the three Democrats voting for and two Republicans voting against. The FCC kept the 332-page regulation under wraps before the vote. As with Obamacare, they had to pass it so we could find out what is in it. Chairman Tom Wheeler even refused to testify before Congress on the rules under consideration. Even though they have now voted, they have yet to release the document to the public.

The FCC is supposedly an independent body, commissioned by Congress, but in a public announcement broadcast on YouTube, Obama essentially ordered Wheeler to impose “the strongest possible rules” on the Internet. Nothing new for this president, but Wheeler himself had been initially opposed to this idea, instead working on a “third way,” which used some authority from the Communications Act but avoided the heavy hand of Title II. However, as so many others who find themselves at odds with the administration, he abruptly changed his tune and began promoting what appeared to be the Obama plan. Following its vote by the commission, Wheeler announced, “Today is the proudest day of my public policy life.”

If the FCC was voting under orders from the administration, then it has created a potential constitutional crisis. The FCC’s role as an independent creation of Congress has been usurped and it has for all intents and purposes simply become another arm of the executive branch. Internet Consultant Scott Cleland says the regulation is also on very weak legal grounds:

As an analyst, one does not have to see the order’s final language to predict with confidence that the FCC’s case faces serious legal trouble overall, because the eight big conceptual legal problems spotlighted here are not dependent on the details of the FCC’s order. After two FCC failed court reviews in 2010 in Comcast v. FCC and 2014 in Verizon  v. FCC, and  decades of multiple Title II definitional and factual precedents completely contrary to the FCC’s current legal theory, the legal field of play is much more clear than usual or most appreciate.

Wheeler defended the FCC decision in a Feb. 26 statement:

The Open Internet Order reclassifies broadband Internet access as a “telecommunications service” under Title II of the Communications Act while simultaneously foregoing utility-style, burdensome regulation that would harm investment. This modernized Title II will ensure the FCC can rely on the strongest legal foundation to preserve and protect an open Internet. Allow me to emphasize that word “modernized.” We have heard endless repetition of the talking point that “Title II is old-style, 1930’s monopoly regulation.” It’s a good sound bite, but it is misleading when used to describe the modernized version of Title II in this Order.

Making a claim to modernization by using a 1934 law is Orwellian doublespeak. The problems they cite as an excuse to impose these regulations are non-existent. With over 2,000 Internet Service Providers there have been only a handful of problems—all resolved without regulation. Wheeler is mischaracterizing the issue to mask a duplicitous, premeditated strategy of control. This is a power grab, pure and simple.

So how was this decision pulled off? For starters, with lots of money. George Soros and the Ford Foundation, two of the left’s biggest money funders, tossed at least $196 million into the effort. In addition, staff from the Center for American Progress, the Free Press and others obtained key positions on the FCC and in the White House to facilitate it. The Washington Examiner characterized it as a “shadow FCC” operating out of the White House.

As explained in an earlier post, the Free Press was co-founded by Marxist Robert McChesney, who wants to see the Internet become a public utility, with the “ultimate goal” being “to get rid of the media capitalists in the phone and cable companies and to divest them from control.” The former Free Press board chairman until 2011 was Tim Wu, who actually coined the phrase “network neutrality.” McChesney told the socialist magazine Monthly Review, “Our job is to make media reform part of our broader struggle for democracy, social justice, and, dare we say it, socialism.”

So there you have it.

In pushing this power grab, the Obama administration has wrapped itself in emotional buzzwords, characterizing net neutrality as a battle for free speech, or a method to achieve an “open Internet.”  Cleland calls it “teddy bears and rainbows rhetoric.”

The Internet is the most open, most free, most innovative technological marvel of the modern age, and a rare bastion of free speech. The Obama administration is determined to smother it.