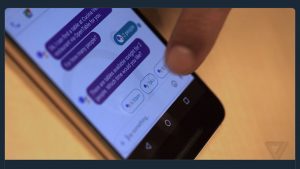 A federal lawsuit has been filed against the Oscar-nominated movie “Citizenfour,” which features NSA defector Edward Snowden and celebrates his theft and release of classified documents. Snowden and his associates are being sued for financial damages for providing aid and comfort to America’s enemies.

Filed on behalf of a retired naval officer who saw the film and took offense at Snowden’s illegal activities, the suit says Snowden and his associates have participated in “a scheme to profit from stolen U.S. government property” and have no right to the money generated by the film. Snowden, who has been charged with espionage and is currently living in Russia, makes regular appearances via video to his supporters in the U.S. He spoke, for example, to a Koch Brothers-sponsored International Students for Liberty conference on February 13.

The “Citizenfour” film has already been shown in theaters, is up for an Oscar at the Academy Awards on Sunday night in the “documentary” category, and is then scheduled to air on the HBO cable channel the night of Monday, February 23.

The suit alleges that the film “glorifies international espionage for profit” and that Snowden’s “dissemination of top-secret documents to foreign enemies” has “seriously damaged” U.S. national security, putting the lives of Americans at risk. Information included in the complaint (Exhibit A) also alleges that the film is not eligible for an Oscar nomination because its entry violates the rules for documentary awards.

While the lawsuit has generated some interest from outlets like The Hollywood Reporter, it has not garnered the national press attention it deserves. Yet, the lawsuit has a very strong factual basis. It cites the 1980 precedent of Snepp vs. United States, in which a former CIA officer was denied the right to gain a profit from a book based on information obtained and then released to the public, in violation of his standard secrecy agreement.

Like Snepp, Snowden violated a secrecy agreement. What’s more, it has been reported that Snowden stole highly classified “Tier 3” documents about ongoing NSA operations. The NSA is part of the Defense Department and its mission is to support military men and women as they fight America’s foreign enemies.

The lawsuit shines a light on how Snowden’s disclosures have put our citizens, military personnel and allies in danger.

Snowden’s disclosures have been blamed for enabling the Russians to conduct a surprise invasion of Ukraine, and for the Islamic State terror group, also known as ISIS, to unexpectedly grow in power and strength in the Middle East. Former CIA officer Robert Baer has said, “…ISIS has been reading Snowden…they know to stay off phones, stay off e-mail and the rest of it. They’re communicating with mobile Wi-Fi. They can beat the National Security Agency…”

In addition to Snowden, defendants in the lawsuit include his collaborator Laura Poitras, the director of “Citizenfour,” and the Weinstein Company, which is distributing the film in the U.S.

To attempt to rectify the damage done to U.S. foreign policy, the lawsuit seeks the establishment of a “constructive trust” to hold the funds generated by the film. The suit argues that a trust would enable the government “to obtain an accounting of all monies, gains, profits, royalties, and other advantages that all Defendants have derived, or will derive in the future, from the publication, distribution, sale, serialization, or republication in any form, including any other rights, of the work entitled ‘Citizenfour,’ whether or not such gains remain in Defendant Snowden’s possession or in the possession, custody or control, whether direct or indirect, of any other Defendant herein.”

The lawsuit was filed on behalf of Horace B. Edwards, a patriotic retired naval officer and former Secretary of the Kansas Department of Transportation. Edwards is also a former president of both a pipeline and an engineering company.

His local newspaper, the Topeka Capital-Journal, quotes him as saying that he went to watch the film and soon realized that it was celebrating illegal activity that hurt the United States. Edwards said he had a security clearance while working for the government and would never think of disclosing secret documents. He contacted a local attorney, Jean Lamfers, a former journalist, to bring the legal action.

“Plaintiff Edwards views Defendant Snowden’s acts as dishonorable and indefensible and not the acts of a legitimate whistleblower,” the lawsuit says.

The defendants have argued that their activities are protected by the First Amendment, and that Edwards doesn’t have the standing to sue.

As previously noted by Accuracy in Media, “Citizenfour” shows Snowden in Hong Kong, China, after arranging through encrypted messages to meet his collaborators and disseminate his stolen NSA documents. We argued that the film describes what amounts to an espionage operation to damage America and our allies. Snowden fled from China to Russia, where he is under the control of the Russian secret police, the FSB.

Because of the damage inflicted by Snowden and his associates, the suit anticipates that “hundreds of millions, if not billions of dollars” will be needed “to protect human assets placed at risk, restore/revamp computer infrastructure, rebuild relationships with foreign governments, and respond to various enemies’ resurgence efforts, due to the blowback associated with the film and the release of classified information to foreign enemies of this Nation.”

A similar estimate has also been made by former CIA officer Baer, who said about Snowden, “…this guy has done more damage to U.S. intelligence than I’ve seen anybody do. And he’s gone way beyond…protecting privacy of Americans…It’s going to cost us billions.”

Catherine Herridge, chief intelligence correspondent for the Fox News Channel, noted in December of 2013, “A review of the NSA leaks by Fox News shows the majority of the leaks since June now deal with sources, methods and surveillance activities overseas, rather than the privacy rights of American citizens.”

We commented at the time that the evidence showed that Snowden “stole NSA documents and leaked them for the express purpose of weakening America’s defenses against terrorism.”

The lawsuit highlights the financial nature of the Snowden operation, and how he and his associates stand to make millions of dollars from undermining U.S. national security.