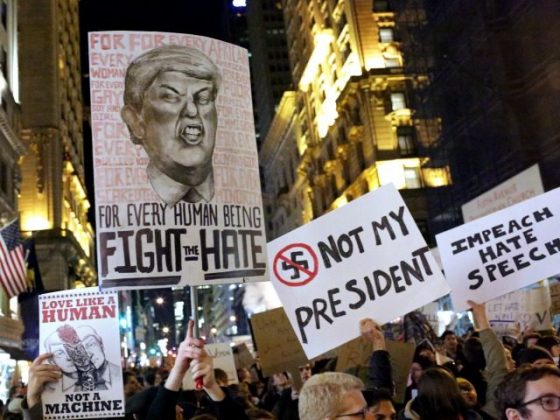 James O’Keefe and Project Veritas released their second video today on the radicals threatening violence for the Inauguration. This one deals with groups and activists that are acting through #DisruptJ20. As I understand it, somewhere between 75 and 100 protest groups are descending on DC. In this video, you get to see activists saying that they are going to block all checkpoints and ways to get in and out of the events surrounding the Inauguration. They will also be chaining trains to shut them down as well.

The video is well done and goes into detail on some of the players involved. These are radical communist groups and anarchists looking to create chaos and halt the Inauguration itself. We are now hearing of numerous alleged terrorist plans by these people. It is a good thing that DC police say they are prepared for all of this. There will also be 200,000 Bikers for Trump arriving who will stand with the police, the National Guard and the Secret Service to ensure order is kept and patriots are protected.

The video adds a layer of deep detail to a story by Ryan Lovelace in the Washington Examiner earlier this month, “How protesters plan to wreck Donald Trump’s inauguration,” which first reported the efforts of “#DisruptJ20.”

One activist leader is captured on the Project Veritas video saying: “So simultaneous to the checkpoint blockades in the morning, we are also doing a series of clusterfuck blockades, where we are going to try to blockade all the major ingress points into the city.”

The blockade plan allegedly included stopping the D.C. Metro, according to an audio recording:

So we figured out this, um, the trains pull up, one person is going to lock one end of a chain to an edge, and on the other end of the chain the end of the car, so on and so forth, done. It takes 15 seconds and everyone can leave and literally it can’t go anywhere at that point, its anchored. And you can use a really thin chain — you don’t need a heavy chain — that would require like a bolt cutter to undo, basically to shut down that line … Metro Center, Gallery Place, and L’Enfant Plaza, they are all close enough to walk to and that’s every single line in the city.

These idiots are also supposedly planning to set up tables that are meant to distribute charitable donations for the poor and homeless, but will instead block roads to the inauguration: “So, we want to encourage you all to give to the poor and the homeless. Go right down to 2nd and D, help us to block the vehicle traffic and the pedestrian traffic flowing to the inauguration. And set up tables, food, give out whatever, right there, there 2nd and D a block from either direction and help to block traffic.” Another plan apparently discussed was to move protesters into position near a park by posing as members of a yoga class. Then there are violent tactics to be used in street battles with police. We go from the uber lame to the uber violent very quickly here.

Breitbart has also uncovered a disturbing article from another group that tells radicals to ‘go hard’ at this Inauguration. It makes the case to anarchists, socialists and communists from across the country about “why would it be worth driving across the country to a city crowded with reactionaries and police.” I hardly think they really need a reason other than hate. Claiming that the police will have their hands full, they put forth that this “is our only chance to fight Trump under the laws and police protocol of the Obama era.” That says quite a lot all by itself.

The article is from a website called CrimethInc. They are encouraging blocking access into and out of the city. They are telling participants to rove the city and shut down DC’s transportation infrastructure. They are also promoting lone wolf terror attacks. They are telling rioters who can’t make it to Washington, DC to “choose their own targets” and “decorate your city in advance.” This is only the beginning for this and other groups as they intend to create formations of disruptive soldiers for their cause.

And here come the Black Bloc anarchists. What would an evil, violent party be without them? They will officially gather at 10:00 am on Friday, January 20th in Washington, DC at the Logan Circle and the Francis Scott Key Memorial. The group’s call-to-arms is blunt:

Wear all black | January 20th, 10 AM | Logan Circle, DC We are calling for a mobile bloc opposing capitalism and fascism at the inauguration. Meet at Logan Circle at 10 am. Organize with your friends and come prepared to defend each other and everyone else who is standing up to the Trump regime.

The evident goal of Black Bloc is to allow protesters to break the law. “You may have heard of the notorious Black Bloc, a venerable, if not doddering, anarchist tradition in which a mass of direct action enthusiasts gather, all wearing black clothing and masks, and engage in some level of illegal activity. When everyone in a group looks the same, it is difficult for the police or others to tell who did what. Most criminal activities are better carried off in a less obvious manner, of course, but there are situations in which it is necessary to step outside the limits in public.”

These are violent individuals who cover their faces and then get their violence on. They destroy everything they can attack and do it with enthusiasm. Black Bloc is a very dangerous group. Crime is fun for them. They will all dress alike to confuse the police and authorities. They will bring weapons with them and when you see them don their masks, you know that violence will soon follow. These groups think of us as Nazis. They advocate throat punching and other violent techniques. They aren’t to be taken lightly.

Bikers for Trump and those attending the Inauguration and events should be very mindful of what is going on around them and be prepared for anything. As I said earlier, we are looking at roughly 100 radical groups descending on DC. Most are communists and anarchists… all are violent. You can see some of the planned events of #DisruptJ20 here.

Some of the groups that are protesting include:

There are many, many more, but these are the primary ones. Stay safe this week. 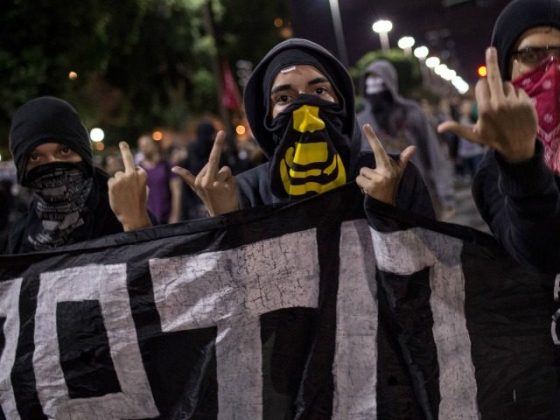