“What we are looking for here is the sort of person that slashes pictures,
takes a hammer to Michelangelo’s statues and a flamethrower to books;
someone who hates art and ideas so much that he wants to destroy them:
a fascist.”

In the 18th May edition of the Washington Post, Robert Kagan joined a growing chorus of public intellectuals who castigate Trump as a fascist.

All of them are confusing authoritarianism and totalitarianism with fascism. Trump is not a fascist. He is not sophisticated enough to have any political ideology. He is a narcissistic bully, a shrewd marketer, and an amateur politician with authoritarian instincts. These do not a fascist make.

So, what is fascism?

Nazism and, by extension, fascism (though the two are by no means identical) amounted to permanent revolutionary civil wars. In his magnum opus The Death of Politics (1994) John Laughland coined the apt term “subversive right,” or in his own words, a “mixture of Left and Right… (that has) embraced nationalist and socialist ideas….”

END_OF_DOCUMENT_TOKEN_TO_BE_REPLACED

Why do some narcissists end up being over-achievers, pillars of the community, and accomplished professionals – while their brethren fade into obscurity, having done little of note with their lives?

There seem to be two types of narcissists: those who derive ample narcissistic supply from mere appearances (“Potemkin narcissists”) and those whose narcissistic supply consists of doing substantial deeds, of acting as change-agents, of making a difference, and of creating and producing things of value. The former type aim for celebrity (defined as “being famous for being famous”) and the fostering and promulgation of an “empty brand” (name recognition without commensurate real-life accomplishments). In contradistinction, narcissists of substance strive for meaningful careers, albeit in the limelight.

We find Potemkin narcissists with empty brands in politics (the “Being There Syndrome” manifested in the likes of Obama, Palin, and Putin); in the media (where, for example, compulsively self-promoting physicists like Kaku or even Hawking are worshiped as transformative geniuses even though they are credited with a mere single, esoteric, and marginal contribution to physics, decades ago) in business (e.g. Donald Trump, or the infamous “empty suits”) and in entertainment (Paris Hilton, the Kardashians).

END_OF_DOCUMENT_TOKEN_TO_BE_REPLACED 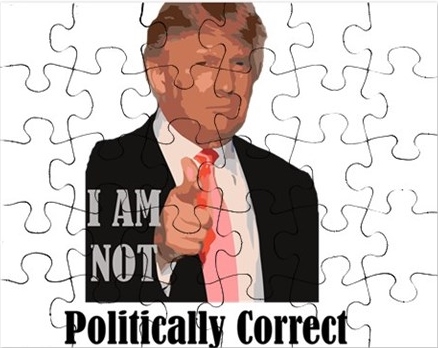 Trump’s supporters and fans are frustrated.

In 1939, a team of psychologists, led by John Dollard, hypothesized that frustration always leads to aggression. Legitimate grievances against a dysfunctional, corrupt, and compromised polity, a deceptive ethos, an American Dream turned nightmare, a broken system that no longer works for the overwhelming majority and appears to be unfixable lead Trump’s base to feel that they had been duped, exploited, abused, ignored, disenfranchised, and trampled upon. They are in the throes of dislocation, disorientation, and trauma. Their declining fortunes and obsolete skills render them insignificant and irrelevant, and their lives meaningless. It is hopelessness coupled with impotent helplessness.

Trump’s adulators seek to bypass the system and even to dismantle it altogether – not to reform it. This is the stuff revolutions are made of and the pronouncements of Trump’s cohorts are inadvertently copy-pasted from the texts of the French Revolution, the October Revolution (which led to Bolshevism), and even the Nazi Revolution.

Such conditions often give rise to cults, centered around a narcissistic or psychopathic leader-figurehead. In Trump’s case, the abyss between his life’s circumstances and his followers’ is unbridgeable and yet, they hope that by associating with him, however remotely, some of his glamour and magical, fairytale success will rub off on them. Voting for Trump is like winning the lottery, becoming a part of a juggernaut and of history. It is an intoxicating sensation of empowerment that Trump encourages by telling his voters that they are no longer “average;” they are now, by virtue of following him, “great” and “special,” even if only by proxy.

Trump idealizes his voters and they return the favor. In their eyes, he is the Cleanser of the Beltway’s Augean Stables. He, singlehandedly, “in 10 minutes,” will destroy the ancient regime, the old order (of which he had been a part since age 21), settle scores “Dirty Harry” style, and thus make their day. It is a nihilistic mindset. Some of his followers gleefully contemplate the suspension of the Constitution and its elaborate check and balances. Others compare him to the first Roman Emperors. They wish to unburden themselves by transferring their decision-making and responsibilities onto The Chosen One.

To his acolytes – and contrary to much evidence – Trump is a “doer,” with a long list of (mostly illusory) accomplishments. He is best equipped to get things done and to prioritize. In Washington, where appearances matter far more than substance, no one is better credentialed that The Donald, they smirk. These champions of small government and Conservatism look to Trump-when-President (in other words: to the State!) to generate jobs, to insulate them from the outside world, to protect them from illegal aliens and terrorists (surely one and the same), and in general, to nanny and cosset them all the way to the bank. The world is a hostile, psychopathic place and who best to deal with it than an even more hostile, narcissistic leader like Trump? We need a bad, big wolf to navigate through the jungle out there. This is a form of collective regression to toddlerhood with Trump in the role of the omnipotent, omniscient Father.