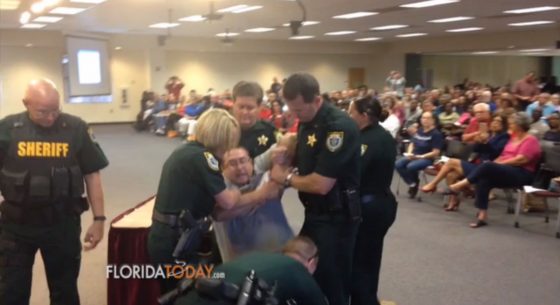 A recent news item had to do with the Goochland County Public School Board demanding home schooled children justify their religious beliefs.  When I read this on the internet my first reaction was, “Really? This could become very interesting”.

“A policy approved by the Goochland County School Board in 2013 has several parents who home school their children upset.

The policy requires children ages 14 and up who want to be home schooled to provide a statement about their religious beliefs to the school system.

As part of that, the board reserves the right to bring the child and his or her parent in for a hearing.”

It should be pointed out that the Goochland County School Board has no ‘rights’; rather, they have ‘powers’ given them by the citizens who have placed this board in charge of their school district.  Their assumed or presumed responsibility to govern all aspects of family life beyond what is taught in classrooms becomes a can of worms.

Paul Newman played the part of a washed up ambulance chasing lawyer looking for a chance to redeem himself in, The Verdict.  His client sought damages for negligence against two doctors who treated a patient, a patient who died as a result of their being too tired to read the patient’s admission chart.  During the course of the trial the lawyers for the hospital and doctors began asking questions to a nurse who’d been on duty the night of the incident; but the answers she provided were unexpected and all but buried the hospital and the doctors for having been incompetent and negligent.

My reason for bringing up this up, as the Newman character pointed out, “Never ask a question for which you do not already know the answer”.

What purpose would it serve the Goochland County School Board to obtain answers about any student’s religious beliefs, much less singling out home schooled children and their families?

The supposed purpose of any school board is to administer the secular teachings of children, costs of education, maintenance of buildings and other property associated with such schooling.  There really is no function of the school board which provides any governance with regard to a family’s religious beliefs or lack thereof.

Looking beyond their poorly worded ‘right’ to demand the ability to interrogate home schooled children and their parents, what is the school board afraid of?

It is a given that the school board represents the all powerful State; but at what point is the State interfering with the sanctity of the family unit?  Are they afraid that a clear line would be established, a line separating where the authority of parents and educators was shared or flat out ended?

“Sir William Blackstone, in 1769, captured this shared responsibility when he articulated the doctrine of in loco parentis, literally “in the place of the parent.” Blackstone asserted that part of parental authority is delegated to schoolmasters.”

Many schools have thrown in with Common Core as the foundation for all aspects of teaching, and by design, Common Core is nothing more than communist indoctrination, a method of transforming our society into a totalitarian Utopia wherein the State replaces the family unit, something which has been deemed a threat to the state, no longer necessary or wanted.

Indeed, family values constitute a threat to government agencies that usurp powers never granted nor intended by the citizenry.

As of January 16, 2015, the Goochland County School Board reversed its decision to have home schooled children and their parents justify their religious beliefs; but, “the school board still maintains the right to demand a hearing with homeschooling families”.

Just for fun what could/would happen in such a hearing?

If the school board demanded a child account for his religious teachings at home, perhaps a child from an LDS family, a child who had been taught proper principles as found in church handbooks?  There’s a strong probability that the youngster would explain the need for a moment of prayer and supplication to the Lord prior to moving forward.

“I’d say that when you start a meeting that way (with prayer), people aren’t stuck up with the pride of their opinions. You pretty quickly come to an agreement as to what ought to be done in any situation.”

I can’t imagine the members of any school board sitting still and listening to a young person in such a manner; it violates elitist arrogance, their demanding a ‘right’ they never had to begin with.   What an opportunity to teach the Plan of Happiness, the Gospel of Jesus Christ!

Another movie comes to mind, People Will Talk, where a prominent doctor and member of the teaching staff had been accused of an unsavory and even criminal behavior.  During the ‘informal hearing’, a hearing which would be used to remove the good doctor from his teaching position, the board directed the accused to voluntarily make an accounting of his actions.   Dr. Praetorius calmly explained that he had no intention of voluntarily explaining anything and that he considered ‘this trial to be a trial’.

Can you imagine the home schooled child of a local attorney pointing out to the school board that they were in violation the law, that they never had the power to do anything other than regulate the secular education of any child, much less interrogate anyone about their religious beliefs?

No, it wouldn’t do to be shown up by some kid who’d been home schooled, not good at all.  So what are they afraid of?

They are afraid everyone would find out that home schooled children are receiving a well rounded education, one which meets or exceeds anything the State can provide.

Members of public school boards which attempt to shut down home schooling are afraid that their ‘powers’ really are limited, at least for now, they are restricted from interfering with the family unit and its sanctity.