From Freedom Works – here’s the list of the 25 who had the stones to do the right thing – remember their names:

I wrote an email this morning to the wife of a Republican Congressman, both are constitutionalists through and through. I wrote asking her to persuade her husband to vote against John Boehner, for Speaker of the House today.

I know R thinks it won’t work, and he risks his influence, but he risks a lot more if he doesn’t do this.

This is history here, and R. needs to be on the right side of this. You know I’m a big fan of R’s. I have so much hope for his future career. He needs to stand on this. Please do what you can to persuade him.

It will take at least 29 No votes today to force balloting into a second round. That will very possibly lead to Boehner’s ousting, or at the very least, severe embarrassment.

If Boehner is fired, every Congressman leading the vote against him will become a conservative hero and be almost certainly re-elected.

If Boehner stays, every opponent will almost certainly face retribution, loss of committee influence, withdrawal of party funds and probable loss of their Congressional seat. They may even be de-friended from Karl Rove”s Facebook page.

If John Boehner wins, being a Republican Congressman may not be such a great prize anyway. The GOP is on the verge of a major split now. I pray that doesn’t happen, but if Boehner stays and Jeb Bush becomes the 2016 nominee, it’s almost guaranteed.

If that happens, America’s next President will be either Hillary Clinton or Pocahontas Warren.

The Democrats will then effectively dissolve the Southern Border, give the vote to 12 or 20 million “illegals” and America will become a permanent “one party state.” If some GOP Congressman thinks they will remain privileged under that regime, they deserve their fate.

All this can be avoided, if 29 good men and women put Principle before Party today.

This vote will be watched all over the world. Millions all over the planet realize that this is a very big deal. All of us who value freedom understand what hangs in the balance.

Americans have a Republic because a few brave men risked their lives, fortunes and sacred honor to seize it from the tyrannical King George.

Let’s all pray that we see similar courage and integrity in the House today.

Being in politics is about shaping history. Every Republican in the House today needs to ask him or herself today – which side of history do I want to be on?

The Magic Number Is 29: Only 19 More To Go To Defeat Boehner

It is time for Boehner to go. 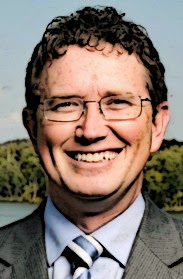 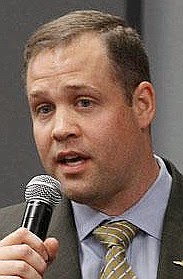