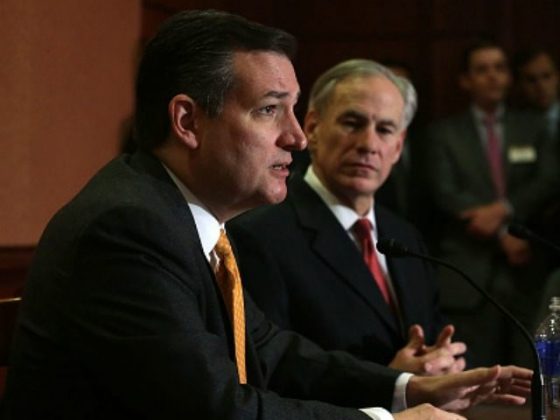 There is some additional help coming from the Trump administration as President Trump is likely to issue and sign executive order on immigration that will impact visa holders from Iraq, Iran, Libya, Somalia, Sudan, Syria and Yemen. These are worn torn countries where hostilities continue with terror organizations. An issue that still remains however that Trump has not addressed is the asylum seekers.

A bill to amend the Immigration and Nationality Act to permit the Governor of a State to reject the resettlement of a refugee in that State unless there is adequate assurance that the alien does not present a security risk and for other purposes. The 2 page text is here.

WT: Republicans in the House and Senate have introduced legislation that would give governors the power to reject federal efforts to resettle refugees in their states.

The bill from Sen. Ted Cruz and Rep. Ted Poe, both of Texas, is a reaction to years of growing GOP frustration with the Obama administration’s aggressive effort to take in refugees and resettle them across the country. Republicans continue to have doubts that refugees can be vetted to ensure they aren’t Islamic State terrorists.

Poe said the Obama administration’s “open door policy” has forced states to take on refugees without these guarantees, and said states need a way to opt out.

“Until the federal government can conduct thorough security screenings and confirm that there are no security risks, Congress should empower states to be able to protect their citizens by refusing to participate in this program,” he said.

Cruz said the first obligation of the president is to keep Americans safe, and said the bill would be a step in that direction.

“I am encouraged that, unlike the previous administration, one of President Trump‘s top priorities is to defeat radical Islamic terrorism,” he said. “To augment the efforts of the new administration, this legislation I have introduced will reinforce the authority of the states and governors to keep their citizens safe.”

The Trump White House also has not addressed the issue of criminal deportation of foreign nationals. Each foreign inmate is known to cost the taxpayer an estimated $21,000 per year. Enforcement and removal operations of those illegal foreign nationals now falls to the newly confirmed DHS Secretary Kelly.

In addition to its criminal investigative responsibilities, ICE shares responsibility for enforcing the nation’s civil immigration laws with U.S. Customs and Border Protection (CBP) and U.S. Citizenship and Immigration Services (USCIS). ICE’s role in the immigration enforcement system is focused on two primary missions: (1) the identification and apprehension of criminal aliens and other removable individuals located in the United States; and (2) the detention and removal of those individuals apprehended in the interior of the U.S., as well as those apprehended by CBP officers and agents patrolling our nation’s borders.

In executing these responsibilities, ICE has prioritized its limited resources on the identification and removal of criminal aliens and those apprehended at the border while attempting to unlawfully enter the United States. This report provides an overview of ICE Fiscal Year (FY) 2015 civil immigration enforcement and removal operations. See FY 2015 ICE Immigration Removals Statistics

Expectations of a quick solution and immediate movement to address the immigration matter are misplaced as this will be a long slog of an operation and will take the coordination of several agencies including the U.S. State Department which is presently operating without a Secretary until Rex Tillerson is confirmed and sworn in. The fallout will include a diplomatic challenge which is many cases does need to occur, however other nations such as China and Russia will step in to intrude on the process including those at the United Nations level, falling into the lap of the newly confirmed U.S. Ambassador to the United Nations, Nikki Haley.