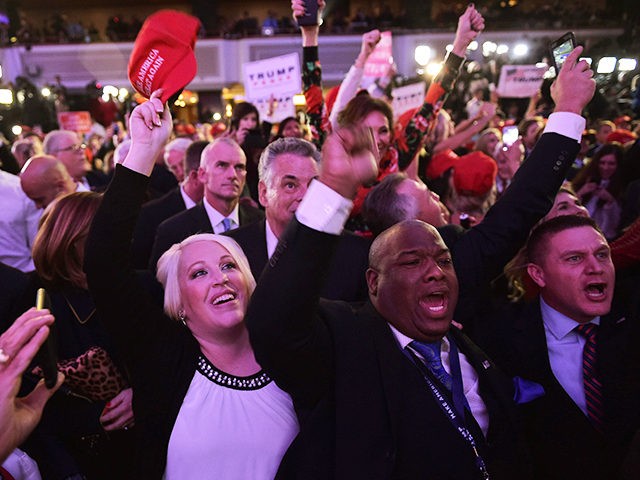 On February 14, 2017, I spoke to the Cornell Political Union at Cornell University in Ithaca, New York, on the promise of Donald Trump’s Presidency. My lecture, “Trumpism Can Make America Great Again,” follows:

Last time I was here was over a year ago when my son Michael was looking at Cornell. He loves this school and this organization—and anything he loves, I do too. So thanks to all of you for the work you do, the discussion you facilitate, and the important contribution you make to this great institution. Cornell is one of the world’s premier universities, and your intellectual curiosity and search for answers to our world’s and nation’s problems are a big contribution to that greatness.

On the drive up here tonight, I happened to see how this university describes itself on its Twitter feed. It’s a great description: “Teach tomorrow’s thought leaders to think otherwise and create knowledge with a public purpose.” Tonight I’m going to do exactly that: I’m going to try to get you to think a little differently—to see what over 60 million Americans saw when they voted for Trump, and we’ll do all of this with the spirit that we’ll use this knowledge to serve the higher public purpose of enhancing the greatness of our nation, which requires of each subsequent American generation that they defend and continually improve it for all Americans.

We have just undergone the closest thing to a revolution in American politics as one can have in our Constitutional Republic, and tonight I will attempt to explain it objectively. I will speak tonight not to the few of you here who may already support Trump, nor those of you who consider yourselves conservatives or Republicans, but to the vast majority here tonight that I’m sure do not. These are the facts and sentiments that led to an electoral outcome you no doubt did not want and did not predict—but I’m convinced need to understand.

I come tonight not to defend Trumpism, even though you will find no more passionate advocate for it. Literally since his announcement on June 16, 2015, I defended him consistently on television, radio and in many forums—and I sought to defend or at least explain him to those prone not to hear or process his important message.

So I come to Cornell tonight not to defend Trumpism but to explain it.

For eight years and maybe longer—the totality of your adult lives in fact, this nation was headed in a decidedly left of center and globalist direction. Under this recent administration, we saw the problems of other countries as inherently ones we were obligated to solve. In many cases, we even wrongly blamed ourselves for these problems. We entered into trade agreements that worked well for other nations but failed the American worker. We opened our nation to legal and illegal immigrants—and bent over backwards to accommodate their needs, desires and cultures but never considered the impact we were having on our citizens.

This created what Trump correctly labeled in his Republican Convention acceptance speech “the forgotten man and woman”—the working American whose economic plight worsened on the watch of Obama and whose country became less identifiable to him and her. And this past November 8, the “forgotten man and woman” had seen enough—and their voice was heard loudly.

What inspired all this passion in these forgotten men and women?

Let me deal tonight with facts:

Employment: All of you have probably heard and followed the employment trends announced each month and quarter by the Department of Labor’s Bureau of Labor Statistics. You heard, for instance, that unemployment under Obama seemed to be stagnant, or even reduced. And it was always reported in single digits. In the final month of Obama’s presidency—December 2016—it was reportedly 4.9 percent, which seems not unreasonable.

The employment reality in the country is actually much worse than reported. In fact, there has really been essentially zero job creation for native American citizens since 2000. The total number of Americans holding a job increased 5.7 percent from 2000 to 2014. But if you back out jobs taken by legal and illegal immigrants, the number of Americans holding jobs actually decreased 17 million between 2000 and 2014. When the longer-term unemployed are included, the number of jobless Americans is not 4.9 percent. It’s at least almost twice that—9.5 percent, and some believe considerably higher than even that. On Obama’s watch, it’s a fact that a bad employment situation got even worse.