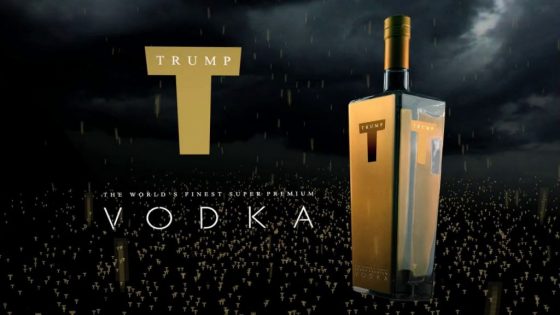 I’m speechless over this… behold all that is Donald Trump:

From the GOP presidential nominee, comes a bizarre ad from when The Donald attempted to sell “the world’s finest super premium vodka” to the Russian market in 2007.

This article was originally published by The Influence, a news site that covers the full spectrum of human relationships with drugs. Follow The Influence on Facebook or Twitter.

Trump and his partners made the video to premier at something called the Moscow Millionaire’s Festival—apparently an event for the aforementioned millionaires to promote the latest luxury goods.

And what could be more luxurious than Trump vodka? The very subtle video features the word “money,” images of Trump, the Kremlin, a tiger, and Lenin, among other images that scream, “Wait, what?!”