Yes, plus ça change, plus c’est la même chose – the more things change, the more they stay the same.

It’s unlikely, but recent events in Paris might just open some people’s eyes when it comes to Israel and the Middle East. Kudos to Stephen Pastis, who tweeted this 2003 strip to the world yesterday with the message “It applies now as much as ever.”

As Bob Marley once sang, who feels it knows it.

We currently have a vacancy on the Watcher’s Council. If you’re interested in being considered for membership in the oldest, most established and most enjoyable blogging group in the ‘sphere, please leave a comment (which won’t be published) with your name, site name and an e-mail in the comments section of any article at Joshuapundit.

This week, The Pirate’s Cove, The PoliticalCommentator, Simply Jews and Benjamin Weingarten earned honorable mention status with some great articles. 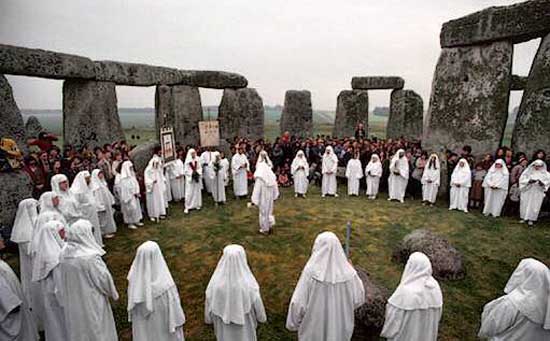 Breathes there the man, with soul so dead,
Who never to himself hath said,
This is my own, my native land!
Whose heart hath ne’er within him burn’d,
As home his footsteps he hath turn’d
From wandering on a foreign strand!
If such there breathe, go, mark him well;
For him no Minstrel raptures swell;
High though his titles, proud his name,
Boundless his wealth as wish can claim;
Despite those titles, power, and pelf,
The wretch, concentred all in self,
Living, shall forfeit fair renown,
And, doubly dying, shall go down
To the vile dust, from whence he sprung,
Unwept, unhonour’d, and unsung. – Sir Walter Scott

Wars may be fought with weapons, but they are won by men. It is the spirit of men who follow and of the man who leads that gains the victory. – General George S. Patton

I was only the servant of my country and had I, at any moment, failed to express her unflinching resolve to fight and conquer, I should at once have been rightly cast aside. – Sir Winston Churchill

This week’s winning essay, Joshuapundit’s – Is President Obama A Christian? Does He Love America? was my reaction to the question raised by former NY Mayor Rudy Giuliani and the media meltdown that followed. Here’s a slice:

Former NYC Mayor Rudy Giuliani created a press-fueled tempest in a teapot when he raised those issues at a private dinner. As you know, only Democrats and Leftists are entitled to  private conversations and secrecy even the Mafia would envy. And of course, to the freedom to express their opinions  no matter how bat sh*t crazy they are. Rudy Giuliani obviously doesn’t qualify for that kind of protection.

Of course the press leaped on this. The current administration and its minions are free to refer to ‘right wing Tea Partiers’ as  terrorists and to deride a serving US General commanding a combat operation as ‘General Betray Us’ in the New York Times,  but again, the rule for Democrats and the Left is that you may never question  their patriotism under any circumstances, no matter what they say or do.

Having pretty much struck out trying to smear GOP front runner Governor Scott Walker for not undergoing four years or more of Leftist indoctrination at someplace like Harvard, Yale, Columbia or Princeton, the Obama media decided to grab at another straw and make a point of asking Governor Walker if he thought this president was a Christian.

His quite sensible reply was that he didn’t know, and as Byron York pointed out, a fair amount of Americans don’t know either. I suppose it all depends on whether you consider Reverend Jeremiah Wright’s Trinity United Church with its radical politics and its  anti-Semitic and racialist overtones ‘Christian.’  Or whether you’re confused about a president who defends Islam and Islamists at every turn while dissing Christianity and standing by and doing nothing while Christians are being  ethnically cleansed from the Middle East by those peaceful Islamists.

But at any rate, the only way to know for sure would be to look inside this president’s head and heart, and Walker was astute in simply saying he wasn’t going to attempt that.

Now, does this president love America? Again, like the question about Christianity, it all depends on what your definition of loving America is.

In his memoir about his time as Secretary of Defense in the Bush and Obama Administrations, Robert Gates chronicled his struggle to contain his rage as former Democrat Senators and 2008 presidential candidates Barack Obama, Hillary Clinton and Joe Biden chuckled to Gates about how their efforts during the second Bush administration to sabotage America’s war effort in Iraq and the Surge in particular while our troops were under fire were ‘hah hah,just politics, ho ho.’ As Gates related, these efforts along with their calculated attempts to insult and emasculate its commander General Petraeus literally cost American lives. 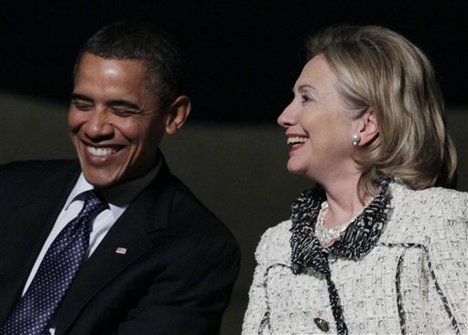 Now again, some people are going to say ‘what difference does it make?’ Others would be outraged at this and a lot of other things that have happened in this administration.

So you see, it all depends on your point of view.

But walk with me a minute.

Let’s say,just for giggles, we elected a president who actually didn’t love the country, but whose agenda could more accurately be described in one word – payback.

How would such a president behave?

In our non-Council category, the winner was the one and only Mark Steyn with Oh Beautiful For Specious Guys submitted by The Noisy Room.

Steyn exercises his usual mastery at getting to the heart of the matter, in this case the Obama Administration’s craven response to violent, radical Islamism uhhh, ‘violent extremism’ that dares not speak its name. A must read.

Here are this week’s full results. Only the Right Planet was unable to vote this week, but was not subject to the usual 2/3 vote penalty for not voting: