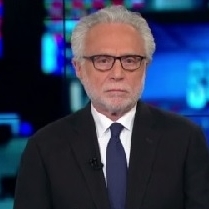 It is becoming increasingly clear that the often oppositional mainstream media will only promote stories which contain an angle designed to make President Donald Trump look bad. That this is the opposite of how President Barack Obama was treated by the media only exposes reporters’ ongoing double standard.

One press narrative is that Trump intends to weaken NATO and will, therefore, place American security and interests—as well as those of our allies—in jeopardy by undermining our international alliances. CNN’s Wolf Blitzer, in his February 20 show “Wolf,” repeatedly attempted to bait the secretary general of NATO into criticizing Trump for his promise to insist that NATO allies must pay their fair share of the “common defense.”

“You were with the vice president when he said that the U.S. commitment to NATO is firm,” said Blitzer, referring to Vice President Mike Pence’s speech in Munich last weekend. “Were you reassured by those words?” Refusing to follow Blitzer’s narrative, NATO Secretary General Jens Stoltenberg said that he was reassured.

“Absolutely, because it is a very consistent message,” Stoltenberg said.

In other words, the secretary general was saying that there is no contradiction between Trump’s campaign promises and his actions now. The Trump administration seeks to strengthen NATO, not undermine it.

Stoltenberg continued, “I have heard from President Trump in two phone calls, from the vice president today in Brussels, but also in Munich on Saturday and in meetings with Secretary Mattis, Secretary Kelly, and phone calls with Secretary Tillerson. And the message from all of them is that the United States is strongly committed to the trans-Atlantic alliance, to NATO, and will continue to support us not only in words but also in deeds. Because we see that the United States is now increasing their military presence in Europe in new forces and more equipment.”

Wedded to his media narrative, Blitzer then aired a segment featuring Trump saying, “The countries we are defending must pay for the cost of this defense. And if not, the U.S. must be prepared to let these countries defend themselves.”

“As a candidate for office, President Trump actually called attention repeatedly to the fact that for too long, many of our NATO allies have not been sharing the financial burden,” said White House press secretary Sean Spicer at a February 21 press briefing. “The President looks forward to working closely with NATO to advance our shared objectives. A strong NATO means a safer world.”

In other words, the Trump administration understands the value of NATO, but wants the countries involved to pay their fair share.

But journalists like Blitzer prefer to fearmonger about this administration, and air segments that emphasize the risks of Trump’s actions, rather than the potential rewards of holding other countries accountable. In a related story, The New York Times wrote that “It is a time of great anxiety in Europe, in no small part because of the rise of Mr. Trump, who has brushed aside long-held tenets of American foreign policy.”

It is ironic that the media continually air Trump’s past statements in order to pressure him to either break those promises or recommit to them. Yet Obama was allowed to break his Obamacare promises, most notably his lie that Americans could keep their doctor if they wanted to, and that their costs would decrease for an average family by $2,500 per year.

“But what happens—what happens if they don’t [increase expenditures]?” Blitzer asked Stoltenberg. “You heard the vice president, Mike Pence, say the patience of the American people will not endure forever. What happens, for example, if rich countries, like France, Germany, Italy, Canada, if those countries don’t step up and meet that two percent threshold?”

Stoltenberg replied that his focus “is on ‘what can we do to make sure that we succeed,’” not prepare for the worst. “And we are—it is quite encouraging to see that defense spending has started to increase,” he said. “The picture is still mixed but it’s much better than it was just a year ago.”

After Stoltenberg’s strong performance, Blitzer admitted that NATO countries committing less than two percent of their gross domestic product is “a problem.”

Blitzer appeared stunned and forlorn at these answers. They were clearly not the answers he was expecting to hear. What Blitzer didn’t mention—but Stoltenberg did—is that the 28 member states of NATO committed to spend two percent of their GDP on this alliance back in 2014. So Trump’s policy is to merely hold these countries to the promises that they have already made.

Stoltenberg told CNBC that there had been a four percent increase in European and Canadian spending in 2016. “Meeting the target will take longer for some countries than others, he admitted,” reports CNBC, “and said he was confident all allies will meet the benchmark within a decade, as promised.”

The Cato Institute’s Christopher Preble argues that Trump’s campaign statements may have rattled the NATO members and caused them to “hedge their bets.” In other words, Trump’s tough stance may actually motivate allies to allocate more of their defense budgets to funding NATO—an improvement that would ultimately enhance world security.

Blitzer’s interview with Secretary General Stoltenberg was just another attempt to elicit a soundbite which could be used to embarrass the administration. Members of the media, as they attempt to tarnish Trump’s reputation, fail to consider the ramifications of their bias, and how it might—just as much as Trump’s own potential missteps—harm America’s standing in the world.