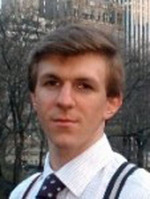 Yesterday, James O’Keefe was arrested at Democratic Sen. Mary Landrieu’s office. You remember James… He and Hannah Giles were the two brave young, REAL journalists, who broke the ACORN scandal wide open and thus became a major target for ACORN, George Sorros and the Obama machine. He was arrested with the son of a federal prosecutor, and accused of trying to interfere with the phones at Landrieu’s office. I smell a definitive rat here…

According to Fox News this morning, a contact near O’Keefe says this definitely did not have to do with wire tapping. And while that was being revealed, the FBI was putting forth a threat of a prison sentence of up to 10 years for O’Keefe and the others involved. Considering Landrieu pimped herself and her state for 300 million to the Obama administration, this is rich… An intrepid reporter who posed as a pimp being set up by a political whore… Who would’a thought it?

Facts are sketchy and few as of yet, but O’Keefe’s attorney Michael Madigan defended his client:

“We don’t have any of the facts yet, but James O’Keefe, at heart, is a really good kid,” Madigan said in a statement to Fox News. “We are looking into this further and are awaiting hearing from James directly.”

And by all I have heard and read, that is very, very true…

In the reception area, Flanagan, the son of acting U.S. Attorney Bill Flanagan in Shreveport, and Basel asked for access to the main phone at the reception desk.

After handling the phone, “Flanagan and Basel next requested access to the telephone closet because they needed to perform work on the main telephone system,” Letten’s office said.

The men were directed to another office in the building, where they’re accused of again misrepresenting themselves as telephone repairmen.

They were arrested later by the U.S. Marshal’s Service. Details of the arrest were not available. A fourth man, Stan Dai, 24, was also arrested, but Letten’s office said only that he assisted the others in planning, coordinating and preparing the operation.

Here is the affidavit…

And from Landrieu herself (spoken like a true corrupt, bought and paid for politician):

“This is a very unusual situation and somewhat unsettling for me and my staff,” Landrieu said Tuesday night in a written statement. “The individuals responsible have been charged with entering federal property under false pretenses for the purposes of committing a felony. I am as interested as everyone else about their motives and purpose, which I hope will become clear as the investigation moves forward.”

I watched Glenn Beck yesterday and on his Compare and Contrast segment showing the similarities between Chavez and Obama, he spoke of how they handled dissidents. Discredit them, demonize them and arrest them. Obama had only done the first two – looks like he just graduated to the third. Andrew Breitbart and Big Government will bring the truth out on this, because they’ll do the real journalistic work that the media can’t be bothered with.

The lesson learned from all this is that if you go after the Chicago boys and their cronies, the government will come after you by hook or crook. Let the hunting of patriotic American dissidents begin – Veritas!

One thought on “Veritas! The Hunting of an American Dissident”