By: Andrea Shea King
Reposted in Full with Permission from The Radio Patriot 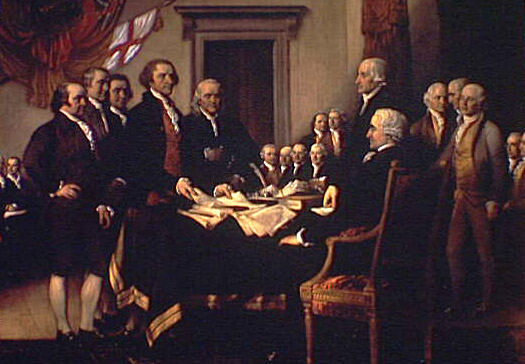 In light of the challenges facing the country and the need for clarity in the age of Obama, The Mount Vernon Statement, modeled on the Sharon Statement issued on Sept. 11, 1960, is a defining statement of conservative beliefs, values and principles penned by a broad coalition of conservative leaders representing a wide spectrum of the movement including fiscal, social, cultural and national security conservatives.

The Mount Vernon Statement
Constitutional Conservatism: A Statement for the 21st Century

We recommit ourselves to the ideas of the American Founding. Through the Constitution, the Founders created an enduring framework of limited government based on the rule of law. They sought to secure national independence, provide for economic opportunity, establish true religious liberty and maintain a flourishing society of republican self-government.

These principles define us as a country and inspire us as a people. They are responsible for a prosperous, just nation unlike any other in the world. They are our highest achievements, serving not only as powerful beacons to all who strive for freedom and seek self-government, but as warnings to tyrants and despots everywhere.

Each one of these founding ideas is presently under sustained attack. In recent decades, America’s principles have been undermined and redefined in our culture, our universities and our politics. The selfevident truths of 1776 have been supplanted by the notion that no such truths exist. The federal government today ignores the limits of the Constitution, which is increasingly dismissed as obsolete and irrelevant.

Some insist that America must change, cast off the old and put on the new. But where would this lead — forward or backward, up or down? Isn’t this idea of change an empty promise or even a dangerous deception?

The change we urgently need, a change consistent with the American ideal, is not movement away from but toward our founding principles. At this important time, we need a restatement of Constitutional conservatism grounded in the priceless principle of ordered liberty articulated in the Declaration of Independence and the Constitution.

The conservatism of the Declaration asserts self-evident truths based on the laws of nature and nature’s God. It defends life, liberty and the pursuit of happiness. It traces authority to the consent of the governed. It recognizes man’s self-interest but also his capacity for virtue.

The conservatism of the Constitution limits government’s powers but ensures that government performs its proper job effectively. It refines popular will through the filter of representation. It provides checks and balances through the several branches of government and a federal republic.

A Constitutional conservatism based on first principles provides the framework for a consistent and meaningful policy agenda.

If we are to succeed in the critical political and policy battles ahead, we must be certain of our purpose.

We must begin by retaking and resolutely defending the high ground of America’s founding principles.

Lee Edwards, Distinguished Fellow in Conservative Thought at the Heritage Foundation, was present at the Sharon Statement signing.

Becky Norton Dunlop, president of the Council for National Policy

We the undersigned join in our support of the guiding principles of The Mount Vernon Statement.