Friends – you know this tea party movement is growing by leaps-and-bounds each day as those who oppose this movement become more desperate in their efforts to stop us.

In an interview with the Tea Party Express’s Mark Williams, MSNBC’s Dylan Ratigan yelled, screamed, walked off his own set, and alleged that tea partiers carry signs calling for the death of blacks and Jews. And as the veins were bursting in his head he then demanded that Mark Williams’ microphone be cut off so he could be heard.

We’re not exaggeraring folks. Watch this amazing video clip of a complete meltdown – and a bizarrely fascinating display of hypocrisy as MSNBC does a propaganda segment on “Anger in America” and then shows us exactly what it looks like:

All we at the Tea Party Express can say is: More Please!

Let this exchange on MSNBC serve as a moment for all of us to enjoy the deranged response from those who don’t understand what this movement is about at all. They are desperate and scared – and their conduct confirms this. 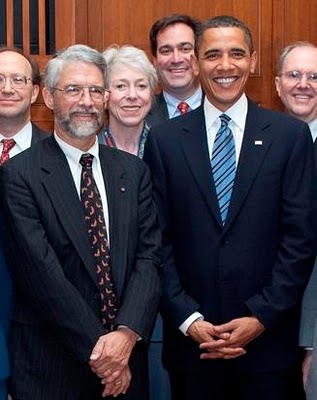 ACT! for America debuts its promotional video originally shown at its June 2009 Congressional Briefing in Washington DC. The event was attended by 13 Senators and Congressmen who briefed ACT’s Chapter Leaders, major donors and leading business people from around the country. Since the production of this video, ACT has grown to 80,000 members and 365 ACT! Chapters nationwide. 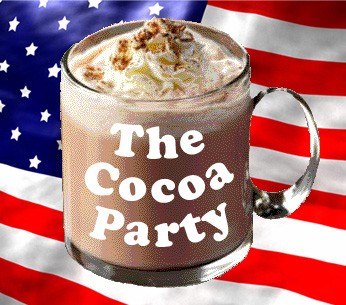 Zombie has come up with a BRILLIANT idea! Join the Cocoa Party! If you love cocoa (and we know you do… ) join the movement today:

Yep, we’re all just full of whipped cream and chocolaty goodness – and we are just soooo politically authentic. Or not… 😉

Update: The Cocoa Party now has its own Facebook page!

LewRockwell.com – It’s Not About Political Parties. It’s About Liberty (Hat Tip: Brian B.)

Stop The ACLU – Teacher Wins Against Ban of His Patriotic Banners in Classroom (Hat Tip: Larwyn)

iowntheworld – Yep, We Are Definitely At A Crossroads (Hat Tip: Larwyn)

The Jacksonian Party – Where Progressivism gets you (Hat Tip: Larwyn)

Walid Phares – Internationalization of the Fight against the Jihadists (Hat Tip: Larwyn)

The Radio Patriot – The Yike Bike!

Voice of Citizens Together – How to Fight Against the Wilsons (Hat Tip: Carolyn Cooke)

NRO – This Is What Unsustainability Looks Like (Hat Tip: Larwyn)

The Other McCain – How SPLC Hypes the Hate (Hat Tip: Larwyn)

Gateway Pundit – Hero Sen. Bunning After Agreement on Upcoming Senate Vote: “I’ll Be Watching Them Closely & Checking Off the Hypocrites One by One” (Video)

Atlas Shrugs – The Turban and the Swastika: The Muslims and the Nazis

Family Security Matters – Big Government – Saving You from Yourself

The New Editor – Who is more embarrassing to the Irish race?

RedState – Filibuster gone if GOP doesn’t get to 51 in the Senate (Hat Tip: Carolyn Cooke)

Hoyer: The Fix Is In For Health Care (Hat Tip: Steve Schippert)

President Obama to Say Democrats Will Use Reconciliation to Pass Senate Health Care Reform Fix, If Not Given Up or Down Vote

Time for a Spending Cap With Teeth

Morning Bell: No Votes Until the People Speak

In the Green Room: Congressman Rob Bishop (R-UT) on Guns, Property and the EPA

OBAMA FLASHBACK: DEMS SHOULD NOT PASS HEALTCARE WITH 50-PLUS-1… ‘WE’RE GOING TO HAVE TO HAVE A 60% MAJORITY IN SENATE AND HOUSE TO GET A BILL TO MY DESK’

SOUND OF THE ATOM SPLITTING: OBAMA NUKE OPTION ON HEALTHCARE

Senate votes to extend jobless benefits, other programs for 30 days

Economists Warn Another Financial Crisis On the Way

Dems Call for Stimulus to Stop Going to Foreign Firms

The charts in Nathan’s recent blog piece tell a thousand words. This is no ordinary recession. We’ve fallen off a cliff.

No Relief From Tax Agony (The Mogambo Guru)

Commercial Mortgage Default Rate in US More than Doubles

Call Eric Holder today 202-514-2000 and tell him advocates for terrorist detainees do not Keep America Safe.