The book uncovers a far-leftist, anti-American nexus that has been instrumental in not only helping build Obama’s political career but in securing his presidency. Klein, with Brenda J. Elliott details with shocking precision how this nexus continues to influence Obama and the White House and is involved in drafting policy aimed at reshaping our country.

Highlights of The Manchurian President:

*Startling facts about Obama’s eligibility to serve as president

*Communists, socialists and other radicals on team Obama, including an expose on Obama’s top guns in the White House

Aaron Klein is an investigative journalist and Jerusalem bureau chief for WorldNetDaily.com. He is a regular on top American radio shows and appears frequently on Fox News Channel and Al Jazeera. Klein is the author of two previous books, Schmoozing with Terrorists and The Late Great State of Israel.

He is also the host of “Aaron Klein Investigative Radio” for New York’s WABC, the largest radio talk station in the United States. His show airs from 2 4 p.m. on Sundays after The Bob Grant Show.

Brenda J. Elliott is an historian, author and investigative researcher who has earned the admiration and endured the scorn of media colleagues for dogged blogging during the 2008 presidential election about Tony Rezko, William Ayers and other criminals in Obamas clique of cronies.

SecureTheBorderAZ — May 15, 2010 — Arizona Governor Jan Brewer and former Alaska Governor Sarah Palin today launched an effort aimed at educating the country on the federal governments failure to secure our nations southern border and its failure to address the human tragedy that is occurring as a result.

They also asked Americans to stand up and support Arizona. Key to the Secure the Border—Support Arizona effort is the launching of a new website devoted to these issues: www.SecuretheBorder.org.

Atlas Shrugs – THE 911 MOSQUE COMMUNITY BOARD MEETING MAY 25 — BE THERE!

Hot Air – Why doesn’t anyone care about the Soviet document archive? (Hat Tip: Brian B.)

END_OF_DOCUMENT_TOKEN_TO_BE_REPLACED 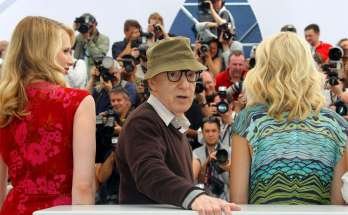 “…it would be good…if he could be a dictator for a few years because he could do a lot of good things quickly.”

Gateway Pundit – Woody Allen: “It Would Be Good If Obama Could Be a Dictator for a Few Years”

The Bible Does Not Command Government-Imposed Redistribution of Wealth

IMF: Say, Sparky, right about now wouldn’t exactly be the best time to increase federal spending — unless you wanted to trigger an economic collapse (Hat Tip: The Radio Patriot)

Could Teachers Be Next in Line for a Bailout?

Some interesting observations on the gold and silver markets.

US Banks “May Have Misled” Rating Agencies

“I believe that the physical gold rush we have seen in Europe is proof that the bailout was an epic failure. Of course propaganda will be used all over the place from the emotionally captured mainstream media to the stock market, which as I have said for over a year now is largely used as a political weapon because the uneducated masses actually believe the stock market going up means things are getting better. All we have to do is look at the stellar performance of the Zimbabwean stock market during the hyperinflation to know this is complete nonsense.” – Michael Krieger, as quoted by Tyler Durden at Zero Hedge 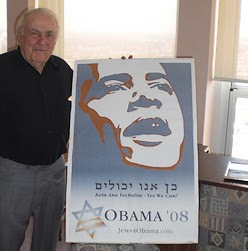 Fresh out of Harvard Law School, Elena Kagan clerked for then Judge Mikva in Washington DC in 1986-87. In the 1990s, Obama, Kagan and Mikva were all on the Faculty of the University of Chicago Law School.

Obama’s relationship with Abner Mikva is long and deep, but has been subject to little scrutiny. After all Abner Mikva is no radical, he is a highly respected “liberal” and Chicago elder statesman.

Abner Mikva, a revered figure in Illinois politics, was an early Barack Obama booster and mentor. Mikva’s backing–he is the gold standard for integrity in Illinois politics–was important in Obama establishing his credentials in the early days of his political career and in his U.S. Senate run.

Abner Mikva, was one of Obama’s early admirers, beginning in 1990 when he tried to hire the first black president of the Harvard Law Review for a coveted clerkship. (Obama turned him down, saying he was going to move to Chicago and run for public office). “I thought that showed a lot of chutzpah on his part,” says Mikva.

When the Obamas settled in Hyde Park and Obama became a lecturer at the University of Chicago Law School, Mikva, “whom Obama already knew from Washington,” also taught there and the two renewed their acquaintance and became close. “We would have lunch and breakfast together and talk about a lot of things, different issues.”

How the pair knew each other “from Washington,” where Obama never lived, worked or studied, is an interesting question.

When Obama won the Presidency, Mikva summed up Obama’s victory as also a victory for Chicago:

Really what we’ll get out of this is, it will make clear once and for all Chicago is not just full of pork-barrel, sleazy politicians who know only Machine politics… We also will have a very special president.

Obama repaid those kind words by appointing Mikva’s daughter Laurie Mikva, to the board of the Legal Services Corporation in June 2009.

But who is Abner Mikva really? This is a man who mentored the President of the United States and employed a possible Supreme Court Justice. Is there anything in Abner Mikva’s background that should concern us?

After service in WWII, Abner Mikva studied law at the University of Chicago. In 1949, communist led students went on strike at the City College of New York. Twenty University of Chicago campus leaders met in April that year to show support for their New York counterparts, Abner Mikva among them. Several of the 20 had communist connections including Elias Snitzer and Sid Socolar, both of whom later took the 5th Amendment during government security hearings when questioned over alleged Communist Party membership . 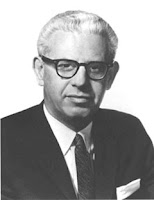 Arthur Goldberg sponsored several local Communist Party fronts including the Chicago Conference on Race Relations, the Conference on Constitutional Liberties in America and the National Emergency Conference. He was also president of the Chicago chapter of the National Lawyers Guild, accurately described in government hearings as “the foremost legal bulwark of the Communist Party.” Surprisingly these affiliations did not stop Goldberg later from becoming a Supreme Court Justice and a US Ambassador to the United Nations under Lyndon Johnson.

In the early 1950’s, George Anastaplo, a classmate of Mikva’s at the University of Chicago Law School, sparked controversy when he refused to deny Communist Party membership to a Character and Fitness Committee of the Illinois Bar. The Committee investigated and because he had not answered its questions, he was told he could not become a lawyer.

Mikva was one of the first to come to Anastaplo’s aid.

In 1954 ”amicus curiae” briefs were filed on Anastplo’s behalf by two radical dominated organizations: the ACLU and the National Lawyers Guild. The ACLU brief, filed in the Supreme Court of Illinois, was signed by Mikva and Leon Despres (a friend of Saul Alinsky, an associate of Leon Trotsky and later a mentor to Barack Obama). The NLG brief filed was signed by Pearl Hart, a veteran of several communist fronts, including the Chicago Committee to Defend the Bill of Rights.

Mikva too, would work with Alinsky, the legendary father of “community organizing.”

In the 1966 Democratic primary election, Abner Mikva, then an Illinois State legislator, challenged the Daley machine-backed incumbent Barrett O’Hara for the 2nd Congressional District. Abner Mikva was supported by “liberal, independent forces and The Woodlawn Organization.” To avoid jeopardizing the organization’s nonpartisan tax exemption, TWO staffers went on the Mikva campaign payroll. They even recruited the notorious Blackstone Rangers street gang to put up yard signs warning against bribes offered by the “machine” team. Saul Alinsky was organizing TWO at the time and believed that a Mikva victory, made possible by TWO’s political muscle, could have been a springboard to bigger things on the South Side.

Alinsky was reportedly furious when Mikva narrowly lost the primary.

The list included Abner Mikva, who wrote a regular column for the paper.

The “Voices” was a mouthpiece for Students for a Democratic Society, Cuba sugar cane cutters, anti-Vietnam War activists and radicals of every stripe.

Proprietors were David S. Canter and Don Rose. Canter was a Communist Party member and importer and distributor of Soviet literature. As such, he was once required to register as an official agent of the Soviet Union. Rose was equally as radical, but never a proven Party member. He was however, a leader of the communist front Chicago Committee to defend the Bill of Rights.

After the “Voices” folded in the mid-1970s, Rose and Canter went on to mentor a promising young journalist named David Axelrod – the man who put Barack Obama in the White hose and now serves as the President’s Chief Adviser.

In April 1975, the Communist Party controlled Chicago Peace Council convened a “National conference for a drastic cutback in military spending” in Chicaqo:

The purpose of the National Conference is to mount a national campaign and a vigorous program of action which will speak to the hundreds of thousands who were part of the inspiring resistance to the war in Indo-China. The people of the U.S. can and must turn this country around…

Speakers at the conference included Richard Criley and Norman Roth of the Communist Party and the Chicago Committee to Defend the Bill of Rights, Fr. Gerard Grant and Frank Rosen (also “Committee” members), Ed Sadlowski of the United Steel Workers Union and later Democratic Socialists of America and of course Congressman Abner Mikva.

Mikva had been elected to Congress in 1968. In Washington, Mikva became involved with the far left Institute for Policy Studies. At the the time, the IPS was a magnet for “liberal” Democrats (and even a few Republicans), Marxists, third world radicals, Eastern Bloc diplomats and at least a few known KGB agents and contacts. It was (and remains) a center of subversion in the heart of the nation’s capital.

In 1983, IPS celebrated its 20th anniversary with a giant “bash” at the National Building Museum, attended by approximately 1,000 staffers, politicians and supporters. Abner Mikva, of course attended, while his wife Zoe handled arrangements for the function.

IPS held regular seminars and schools, attracting people from all over the US and abroad. Could it have been through IPS that Mikva first met Barack Obama in Washington? Certainly Obama was in the IPS “orbit.” In 1999, IPS affiliate Charles Halpern recruited Obama from Chicago to help establish and serve as Trustee of the New York based “non-profit” Demos, an official IPS partner organization.

After his Congressional career, Mikva served as a judge in Washington DC (where he employed Elena Kagan) and later as White House counsel under Bill Clinton.

After leaving the White House, Mikva returned to his Chicago roots. 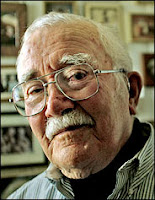 On Sunday October 29, 2006, the Chicago Committee to Defend the Bill of Rights held a “Celebration of the The Dynamic Life of Frank Wilkinson (1914-2006).” Frank Wilkinson, a founder of the “Committee” had been a 40-year veteran of the Communist Party, before going on to join the almost as radical Democratic Socialists of America.

The left side of Chicago politics is so much a part of the mainstream it is almost “respectable.” Democrats, communists and socialists work together, join each others front groups and even each others political parties.

Barack Obama and Abner Mikva are both steeped in this culture. Elena Kagan is at least peripherally connected to it. Young lawyers tend to clerk for those who share their outlook.

Chicago socialism has been a powerful force in Illinois politics since the election of far left mayor Harold Washington in 1983. Now it has spread to Capitol Hill and the White House and threatens to infect the entire country.