On a trip to San Francisco for a fundraiser in honor of Barbara (Marxist) Boxer, Obama was greeted by cheering and adoring fans – all two of them. That’s right, two people showed up to bow before the Messiah. A lot more showed up to jeer and protest the President.

Zombie has a photo essay up at Pajama’s Media that is very enlightening and certainly brought a smile to my face and warmth to my heart. Check out her latest masterpiece:

The Stench of Elitism Hung Heavy in the Air 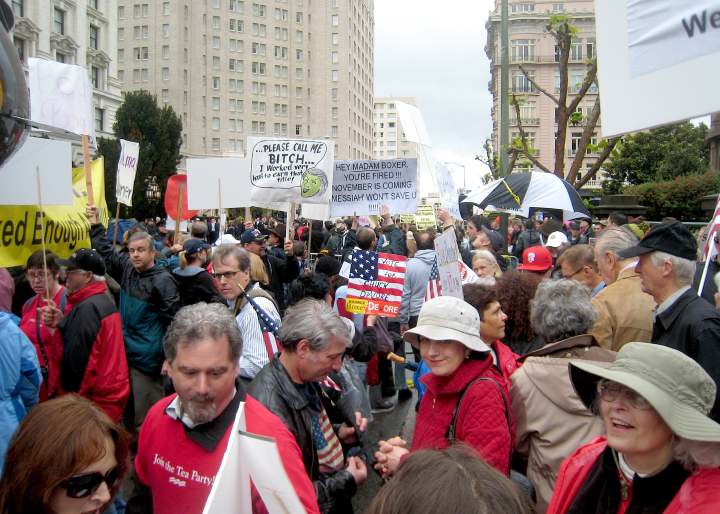 The protesters were there for Boxer too. She is horrific in her own right… Obama was on Nob Hill at the Fairmont Hotel where the wealthy, liberal elite paid 2k apiece to bathe in the light of the One and to get away from the riffraff outside. Across the street was a large number of protesters speaking their minds like true Americans should.

And it wasn’t just one group, or even one half of the political spectrum. Obama was whipsawed, pummelled from all sides simultaneously. Left-wingers, right-wingers, pacifists, libertarians, communists, conservatives, people angry about the BP oil spill, people angry that Obama’s healthcare reform bill didn’t go far enough, others angry that it went too far, extremists, moderates, and everyone in between on both sides of the aisle.

In short, it was the people who came out to express their displeasure with Obama and Boxer. Regular folks, San Francisco-style — which means plenty of leftist ideologues, but also now a substantial contingent of heretofore unseen conservatives who had for decades stayed mute until Obama’s agenda touched such a raw nerve that they could remain mute no more. 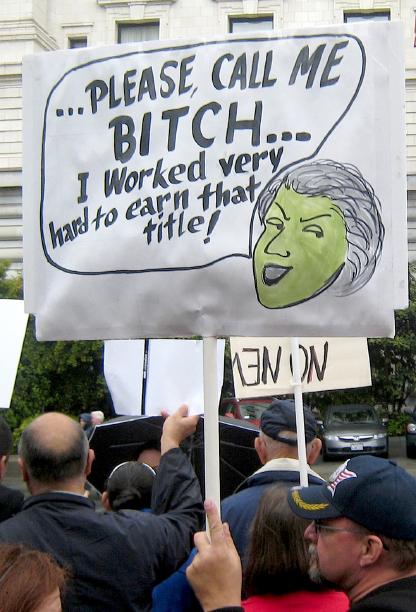 Can’t you just feel the majority of America turning on these clowns? Good times… So much for Obama being a ‘man of the people.’ Only elitist upper class need apply for his time. The aristocracy does not soil themselves with the commoners, don’t cha know?

After waxing poetic on Boxer (who had union members show up to support her – figures huh?) and begging for campaign funds to get her back into office (good luck with that), it was off to the Getty Mansion in Pacific Heights for a fund raising dinner and to rub elbows with the really wealthy elites of San Francisco. I’m sure he had a pipe or longed for one… Maybe Beck can lend him his… The price for an audience with Obama? $35,200 per couple for a sit down with the One, memories of a Marxist dictator in the making, priceless.

So much for the false notion that the Democratic Party is the party of the people. No, it is the party of progressive elites. Common Americans need not apply… With Obama, you gotta pay to play baby.

Obama stayed and played with the ruling class of San Francisco, but he can’t be bothered to go to Arlington on Memorial Day. Instead he’s vacationing in Chicago – it’s the elitist thing to do. 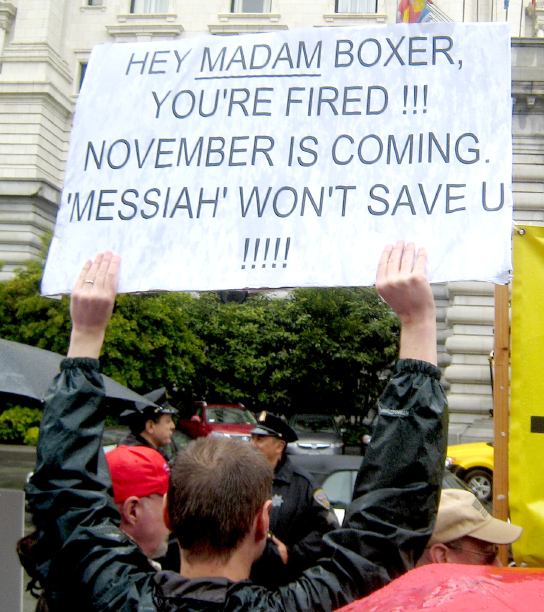 Make sure you read and view all of Zombie’s photo essay… It is fantastic!

Lucianne has outdone herself! Omygawd…. LOL… 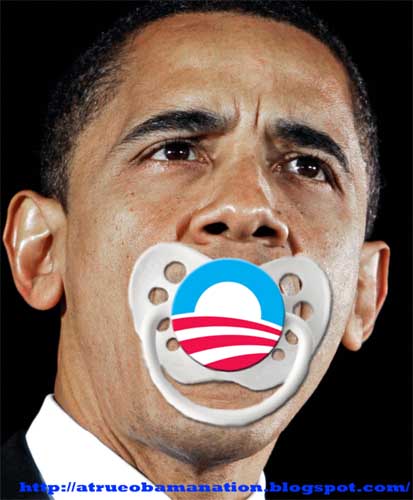 Apparently Lucianne got it from A True Obamanation (who has lots more fun stuff, trust me):

As you all must know by now, America is in the midst of a disaster of massive proportions due to a giant hole that has, for far too long, been spewing toxic waste into our environment and wreaking further havoc on large sectors of our already severely wounded economy.

Until now, little if anything has been done to seal up this hole and contain the damage. In response to this crisis, Our Great Leader stepped forth and boldly demanded, in a manner befitting his vast leadership skills, that someone, “Plug the damn hole!”

And, at last, someone did…

The Spokesman Review – Baumbach: ‘It was a piece of propaganda’ (Hat Tip: Carolyn Cooke)

Brutally Honest – When moderate Islam is anything but