As the world continues to demonize Israel for her role in defending her citizens in the Gaza flotilla debacle, livid Jewish demonstrators pushed back against the onslaught of invectives being hurled at the Jewish state in a rally that was staged on Tuesday evening, June 1st in front of the Turkish Consulate on E 46th Street and 1st Avenue, outside of the United Nations. Organized by the organization called RAJE, the Russian American Jewish Experience, over 300 rally attendees took to the streets in defense of Israel. Holding aloft such signs that read “Israel: We Stand With You,” “Gaza Peace Activists Don’t Use Clubs or Knives” and “Peace Activists Should Not Support Hamas,” the demonstrators held both Israeli and American flags and called for an end to Hamas terrorism.

Dovid Ha’Ivri of the Shromron Liaison office and a resident of the Israeli settlement of Tapuach said, “Any country in the world has a right to defend themselves and Israel is no different. Clearly, this purportedly “Free Gaza” flotilla was filled with Hamas supporters who refused to cooperate with the Israeli military. They had their own nefarious agenda and it’s just too bad that the lives of our commandos were put in jeopardy. Orders should have been given that the Mavi Marmara be sunk. Israel has nothing to apologize to the world for and certainly Turkey has no right to pass judgment on Israel after the Holocaust that they inflicted on the Armenian population.”

Just several blocks away in front of the Israeli Consulate, several thousand pro-Palestinian and pro-Hamas supporters gathered for their own raucous demonstration in which they spewed forth their own inimitable brand of vitriol against Israel. “The Israelis are murderers and pirates and they should be tried for war crimes and genocide of the Palestinian people in Gaza,” said Ahmed Wahad of the organization Al-Awda. Insisting that the mission of the flotilla activists was purely a humanitarian one, he denied allegations that the people on the Mavi Marmara brutally assaulted Israeli commandos as they descended on to the ship. “Look, the people in Gaza are suffering due to the inhumane Israeli blockade of food, medicine and other essential supplies and these people on the boat were victimized by the savage Israeli occupiers,” he continued.

Members of the anti-Israel contingent began marching down East 42nd Street towards Times Square shouting, “From the river to the sea, Palestine will be free,” and “No more US tax dollars for Israel,” as they called for the end of the ‘occupation’ of Iraq, Afghanistan and Palestine.

Video evidence of the incident reveals quite clearly that the Israeli commandos came aboard the boat peacefully, without the intention to inflict harm, when they were set upon by passengers wielding metal pipes, clubs and knives. Several pistols were stolen from the commandos and shots were fired as one commando was thrown overboard into a side boat.

“It’s really pretty simple. At one time such terrorist groups as Hamas and Hezbollah believed that the best way to destroy Israel was to murder our citizens either through conventional warfare or through suicidal terrorist attacks. They woke up and came to the conclusion that such actions only garner sympathy for Israel. Now, they are keenly cognizant of the fact that the war they are fighting is through the media and world opinion, so the best way to destroy us is to force us into a position to kill them,” said Meir Epstein, 52, of Monsey, NY who traveled down to attend the pro-Israel rally.

Across the street from the Turkish consulate stood Turkish nationals and members of the vehemently anti-Israel Neturei Karta movement who continued to berate Israel while leveling epithets laced with hatred at members of the pro-Israel contingent. “Murderers, occupiers and pirates” they shouted while calling for the annihilation of Israel. “Israel should not exist because it is a racist state and we oppose the Jewish character of the state. Why should the Jews have their own country, when the land that they live on was stolen from the Palestinians? A country composed of Jews cannot be a true democracy,” said Fagria Behar, a Turkish national.

The defiant pro-Israel faction continued to shout, “Am Yisroel Chai,” (the people of Israel live) and “We have the right to self-defense,” while police kept both sides separated behind barricades. “The fact that the UN saw fit to hold an emergency security council session to condemn Israel is nothing new,” said Ronn Torrosian, a renowned New York publicist and a board member of RAJE. “It is a cesspool of Jew hatred and what these so-called peace activists on the Turkish vessel pulled off was nothing short of a cleverly devised anti-Semitic lynching,” he added.

What best summed up the collective thoughts of the pro-Israel rally goers was a sign featuring an Israeli flag and the words under it: “It’s better to have a Jewish State that’s hated by the whole world than an Auschwitz that’s loved by it.” 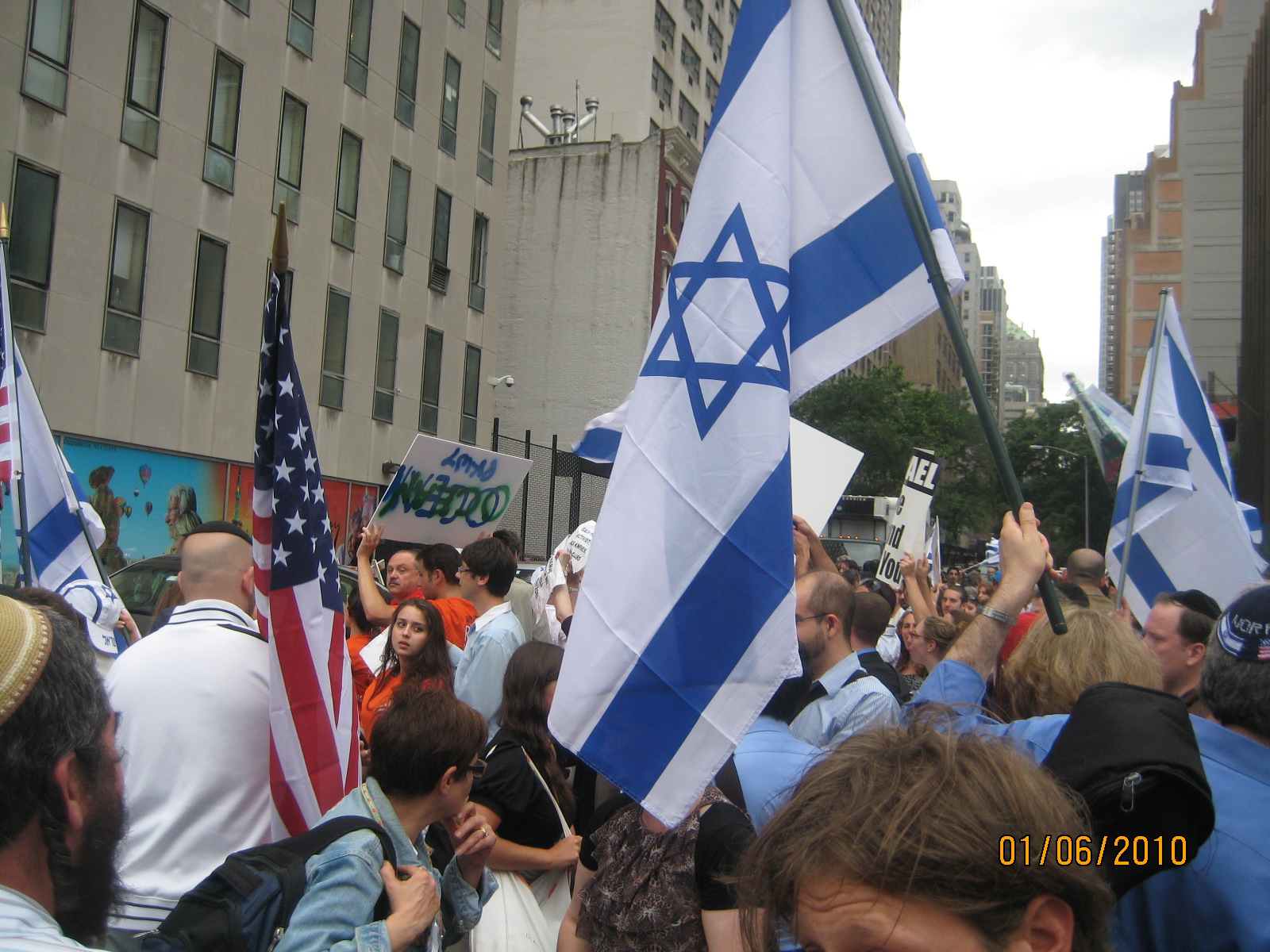 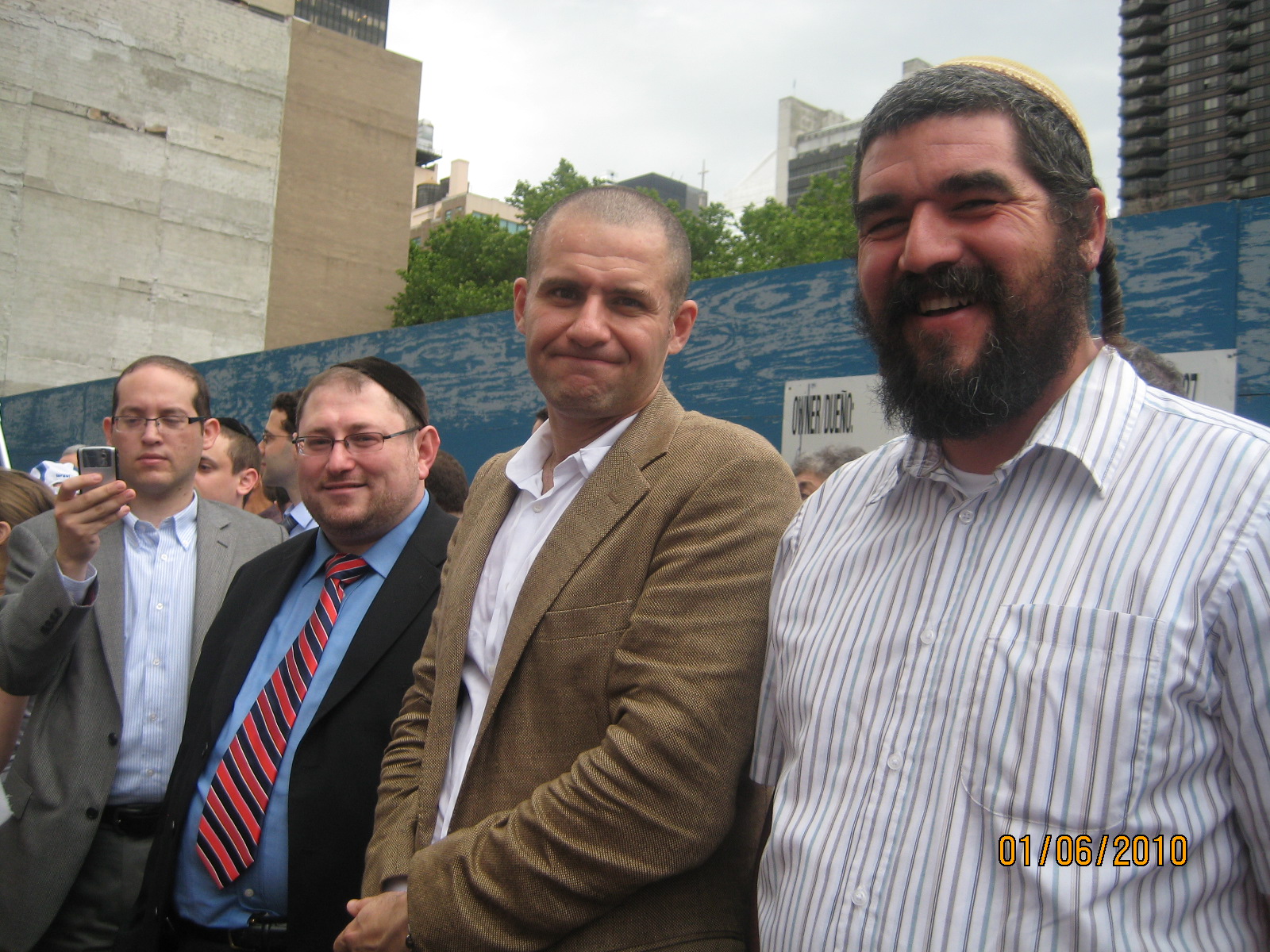 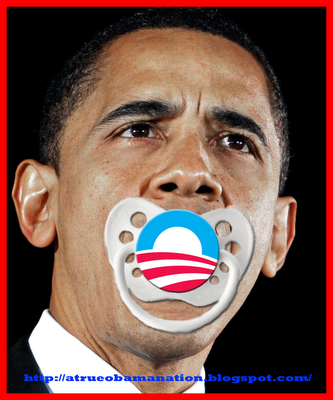 GULF OF MEXICO — Speaking through a BP interpreter at a press conference today, the spill gushing millions of gallons of oil into the Gulf of Mexico defiantly told pResident Barack Obama to plug his own damn hole.

“The federal government hasn’t a damned thing to do with shutting me down, and, frankly, if they did, they’d screw it up so badly I’d probably be much worse, no doubt fouling the Gulf, Atlantic, and Pacific simultaneously,” the oil spill said. “For the pResident to go around acting like a big shot, telling people to ‘plug that damn hole,’ is the ultimate in stoooopid. It’s like he’s trying to order the sun to shine harder. Frankly, he ought to plug his own damn hole. He’d instantly cool the planet by at least 10 degrees.”

In its 43rd day of crisis, the oil spill told reporters it just wanted to be left alone.

“If my employer hadn’t given so much money to Obama over the past 20 years, maybe they would have been able to afford to hire the right people to keep me in the ground,” the spill said angrily. “Really, I’d much rather stay under the seabed where it’s nice and comfortable. You think I wanted to be the latest number one priority that kept Obama from focusing on jobs jobs jobs?”

The spill refused to take questions after the press conference, noting he had to get back to ruining a presidency.

Meanwhile, Robert Gibbs, chief White House propagandist, attempted to respond to reporters but couldn’t. The oil spill had a boot on his throat.

The contuing love affair the left has with Barack Obama bears a striking similarity to my short-lived marriage with my now ex-husband.

Like Obama, my ex-husband, who I’ll call Sam (not his real name) was a blank slate upon whom I projected all my hopes and dreams. Only in hind-sight did I realize that my perceptions and expectations were a product of my own imagination, with little connection to reality.

Obama burst onto the national scene out of no-where. Millions of Americans naturally assumed that a man running for the highest office in the land had undergone the necessary vetting and was of high character. Since Obama had the official approval of the media, he was accepted, without question or investigation, by fully half of all Americans.

Likewise, I accepted without question that Sam was worthy of both my trust and respect. Being a judge, I assumed Sam had been vetted and been found worthy. He had society’s approval, having been given the right to add “The Honorable” to his name. I accepted Sam’s label as fact, without question. And counted myself lucky to have found a man of such high character.

During the course of our marriage, I was loath to acknowledge any facts that were at variance with the image I constructed of Sam. (Just as millions of Obama voters still do.) I had invested my hopes and dreams, trust and respect into this image, and any facts to the contrary were ignored. Even when Sam started showing signs of ‘The God Complex’ and began abusing the trust of his judicial office.

On one level, I knew Sam was wrong to do this. I was then faced with a choice of having my dreams shattered by an ugly reality or continuing to fool myself. I opted to compartmentalize. As in, ignore any evidence that didn’t accord with my earlier perceptions.

I had made Sam into a white knight, a hero, a man I could respect. To maintain that illusion, I routinely started ignoring the increasing indicators that maybe I had been wrong to do so. I ignored the growing disconnect between his words and his actions. I just couldn’t bear to have my dreams shattered. Much like the many devotees of Obama whose carefully constructed image of Obama would be shattered if they acknowledged Obama’s many imperfections, that are just now becoming apparent.

Very few men remain unchanged when given power over other men. When everyone laughs at all your jokes, pretty soon you convince yourself you are pretty funny. When surrounded 24/7 by yes men and the trappings of power, its only natural to start thinking you’re superior to others, that the rules that govern ordinary men don’t apply. This happened to Sam, just as it is happening to Obama.

It is true that power corrupts most men. It was also true, in my case, that Sam’s increased arrogance and his flouting of the law became secondary to my need to maintain my illusions. To admit that Sam was a mere mortal, a flawed mortal, was unthinkable. What did that say about me? That would mean that I was pretty stupid. That would mean acknowledging my naivete and gullibility. I chose not to do that.

After three years of marriage, Sam tired of me. With 20/20 hindsight, I realize he did me a favor, but that didn’t lessen the pain of divorce. It took another five years before I was able to admit and accept that Sam had never been worthy of my respect. I realized that my love for him was based more on my need to see the world the way I envisioned it instead of the way it really was.

I only hope it doesn’t take that long for Obama’s supporters to realize the same thing. Granted, reality is painful, but in today’s dangerous world, illusions are a luxury America can ill afford.

Phyllis Chesler – The Lynching of Israel

examiner.com – Report: Iran now has what it needs for two atomic bombs