You know old, senile AND evil is a very bad combination. Time for this Marxist bitch to retire… 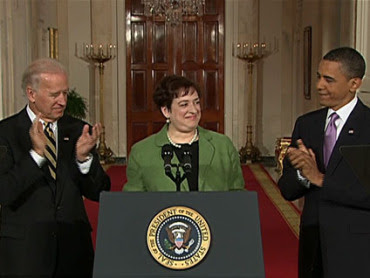 My last post looked at the radicals Kagan associated with during her college years at Princeton.

Usually regarded as a “liberal’ or “progressive,” Mikva in fact has a long history with the far-left, in both Washington DC and his Chicago base.

Abner Mikva worked with Communist Party supporters such as Elias Snitzer and Sid Socolar, during his time at the University of Chicago Law School in the late 1940s.

From 1947, Mikva practiced labor law in Chicago in partnership with Arthur Goldberg, general counsel for the communist dominated Congress of Industrial Organizations and the United Steelworkers of America.

Arthur Goldberg was later appointed to the Supreme Court by President Lyndon Johnson.

In the 1950s, Mikva and his wife Zoe Mikva, both worked with another communist initiated organization, the American Civil Liberties Union.

In the 1960s, when first standing for Congress in South Chicago, Mikva worked closely with radical community organizer Saul Alinsky, a man to whom, President Obama owes a considerable intellectual debt.

In April 1975, the Communist Party-controlled Chicago Peace Council convened a “National conference for a drastic cutback in military spending” in the “Windy City.”

The purpose of the National Conference is to mount a national campaign and a vigorous program of action which will speak to the hundreds of thousands who were part of the inspiring resistance to the war in Indo- China. The people of the U.S. can and must turn this country around.

Speakers at the Conference included Congressman Abner Mikva, Richard Criley and Norman Roth, both members of the Communist Party and leaders of the very successful Party front group, Chicago Committee to Defend the Bill of Rights. Ed Sadlowski, of the United Steelworkers and later identified as a member of Democratic Socialists of America, also spoke.

During the 1980s, Mikva was very close to the Institute for Policy Studies in Washington DC – a place where leftist Democrats and the occasional “liberal” Republican mingled with socialists, communists, third world revolutionaries and East Bloc “diplomats.”

Abner Mikva attended the organization’s 20th anniversary celebrations on April 5, 1983 – he was obligated really, as his wife Zoe personally organized the affair. 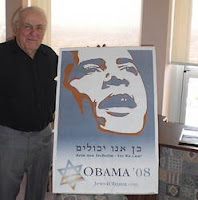 Abner Mikva was one of Barack Obama’s early admirers, beginning in 1990 when he tried to hire the first Black president of the Harvard Law Review for a clerkship. Obama turned Mikva down, saying he was going to move to Chicago and run for public office.

Mikva was later close to both Barack Obama and Elena Kagan at the Chicago Law School where they all taught during the mid-1990s. Mikva acted as a mentor to Obama during his early political career.

Through all this, Abner and Zoe Mikva never forgot their Chicago communist and socialist friends.

In 2006, Abner Mikva served on a committee to honor the life of Chicago Committee to Defend the Bill of Rights founder, Frank Wilkinson, a forty-year Communist Party veteran turned Democratic Socialists of America comrade. 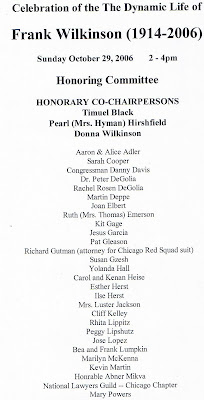 In 1987-1988, Elena Kagan worked as a Judicial Clerk for the Hon. Thurgood Marshall in the U.S. Supreme Court. 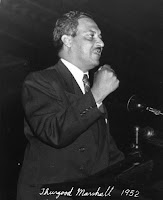 Though sometimes mistakenly identified as an anti-communist, Thurgood Marshall had a radical past.

In 1946, according to communist-linked historian Herbert Shapiro, Marshall was saved from a probable lynching near Columbia Tennessee, by a passenger in his car – Communist Party journalist Harry Raymond.

In the late 1940’s Thurgood Marshall was active in the leadership of at least two Communist Party infiltrated organizations, the American Civil Liberties Union and the National Lawyers Guild – in which he served on the National Executive board, representing New York. 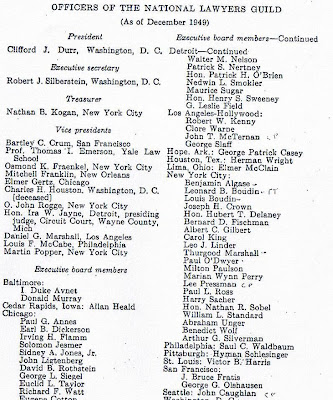 Lee Pressman was a fully fledged Soviet spy, a member of the famous Ware Group which had operated inside the U.S. government, before and during WW2.

Leonard Boudin’s daughter Kathie Boudin, studied at Moscow University in 1966, before becoming a leader of the terrorist Weather Underground Organization with Bill Ayers and Bernardine Dorhn. After Boudin was jailed for her part in a botched 1981 robbery, which left three men dead, her son Chesa Boudin was raised by Ayers and Dohrn.

It is likely that Barack Obama would have met Chesa Boudin through his friendship with Ayers and Dohrn.

In 1959, Kenyan independence activist and labor unionist, Tom Mboya, visited the U.S. and met Thurgood Marshall. Mboya was so impressed with Marshall that he invited him to Kenya to help draft a new constitution for independent Kenya.

Marshall visited Kenya in 1960 on Mboya’s invitation to attend a conference. His visit however didn’t impress the British and the Americans authorities, who considered him a radical. Under pressure from the British, the Kenyans barred Marshall from attending the conference.

However, it is Marshall’s friendship with Mboya that is credited with a wave of Kenyan students coming to the U.S. for further studies, beginning in the 1960s.

One of these, a Marxist economist named Barak Obama, studied in Hawaii, where he met 18-year-old Stanley Ann Dunham, with whom he fathered a future president of the United States.

In 1965, President Lyndon Johnson appointed Judge Thurgood Marshall to the office of U.S. Solicitor General. He was nominated to the United States Supreme Court in 1967.

Now Kagan has been nominated to the Supreme Court by a President with similar affiliations.

Is there a pattern here? 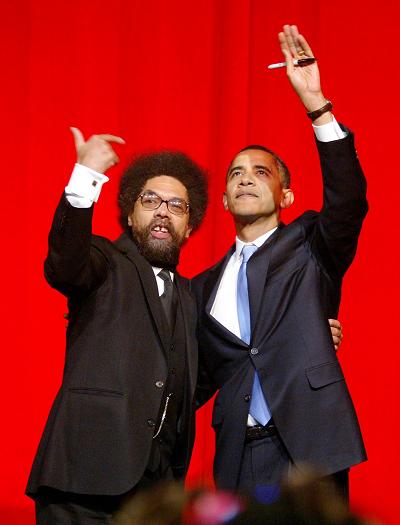 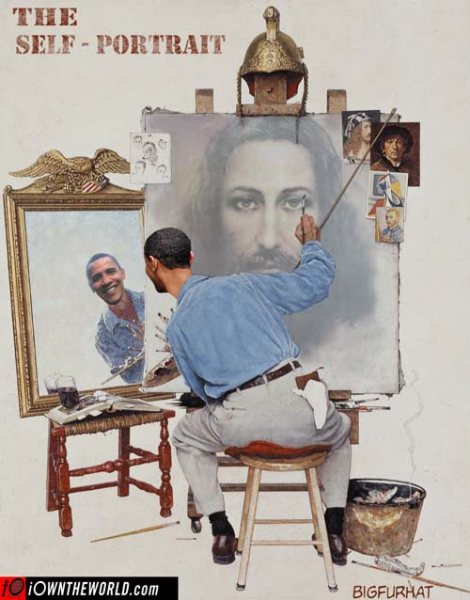