Flopping Aces – Pfc. Bradley E. Manning is NOT a Hero

END_OF_DOCUMENT_TOKEN_TO_BE_REPLACED 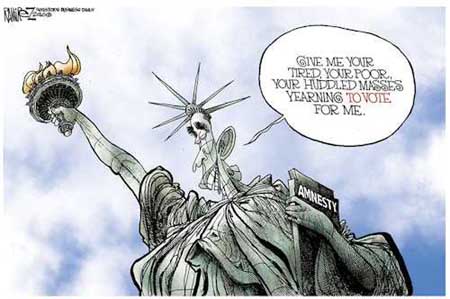 From: Weeding Out “Minnick Myths”

Special thanks to Terresa Monroe-Hamilton for her contributions to “Weeding Out “Minnick Myths” and the use of her blog article Walt Minnick Idaho’s Stealth Progressive [Liberal] Terresa is a contributor to KeyWiki.

Tea Party members’ dissatisfaction crosses party lines, because it is mainly a populist uprising against the ineptitude of our government. The liberal-socialist trends starting as far back as, maybe further, Grover Cleveland, Woodrow Wilson era. Then marching through Franklin D. Roosevelt’s presidency and fueled again with Lyndon B. Johnson and his “Great Society.” The “Social Programs” enacted over the last 115 years have slowly burdened the middle and upper classes in the United States to a breaking point. The silent majority–grassroots, taxpaying, hardworking Americans have the onerous task of shouldering the load of the voracious needs of the Federal Government.

Government continues status-quo with infinite process of social-welfare programs that are an endless dole to individuals and foreign countries on a grand scale, that puts the United States in debt by over 13 Trillion Dollars!

If my people, who are called by my name, will humble themselves and pray and seek my face and turn from their wicked ways, then will I hear from heaven and will forgive their sin and will heal their land.

We are the key…

An excerpt from a 2008 speech by Donald Berwick, President Obama’s nominee to head the Centers for Medicare & Medicaid Services, speaking to a British audience about why he favors government-run health care.

Niall Ferguson: The US Has 6 Years Before Debt Payments Surpass Defense Spending

Hussman: Inflation Is Coming, And The Market Is Only In The First Part Of A Big Decline

The 23 Countries Most Likely To Default

Do The Krugmanites Have ANY Serious Ideas For Fixing The Economy?

END_OF_DOCUMENT_TOKEN_TO_BE_REPLACED

Yes America and Israel can have peace with Iran. President Obama says so.

Isn’t it nice to have a world leader who believes the best in people?

For those American citizens struggling to understand why the Obama Administration is talking “immigration reform” (amnesty), at a time of high unemployment and economic uncertainty, this video provides the answer.

The speaker is Eliseo Medina, a leader of the “immigrants rights” movement and an executive vice president of SEIU.

Medina is also a leader of the the Marxist based Democratic Socialists of America – an organization with which President Obama has had a long personal association.

He is speaking at the the “progressive” America’s Future Now! conference in Washington, DC on June 2, 2009.

Speaking of Latino voters, Medina said “when they voted in November, they voted overwhelmingly for progressive candidates. Barack Obama got two out of every three voters that showed up.”

We reform the immigration laws, it puts 12 million people on the path to citizenship and eventually voters. Can you imagine if we have, even the same ratio, two out of three?

If we have eight million new voters who care about …… and will be voting. We will be creating a governing coalition for the long term, not just for an election cycle.

There you have the strategy. Fight for the illegal immigrants, grant them citizenship, then exploit their gratitude in the form of votes to create a “governing coalition for the long term, not just for an election cycle.”

In other words permanent Democrat/socialist power, through immigrant votes.

Damn the consequences for the country, its citizens and taxpayers, even the immigrants themselves.

How cynical is that?