Editor’s notes: Below you will find an article that a student has asked that I publish on this blog. I will have commentary after the post and it is important that you read it. These are not specifically my views, but the ones after the article will be mine and will clarify how mine differ from the content of this post…

1. Many of the founding fathers died without much money. While many of the founding fathers were wise men, some of them were not so wise with the way they handled their money. Thomas Jefferson is a good example of a founding father who died without much to leave to his posterity. Jefferson died having more than $100,000 in debt. It can be argued, however, that the majority of his debts were left to Jefferson by his father and were never repaid. Other founders offered all of their money and land to be used towards the establishment of the new government, leaving several of them without homes, investments or land. While a few of the founding fathers attained some degree of wealth during their lifetimes, many were not so fortunate. Also, most of the wealthy Americans at the time were loyal to Britain and did not fight with the United States, but rather fought for Britain.

2. Not all of the founding fathers were present at the Constitutional Convention. Most notable among the important figures of early American history who were not present was Thomas Jefferson. At the time of the creation of the Constitution of the United States, Jefferson was serving as the ambassador to France. During his time away from the Western World, Jefferson was kept up to date on all of the proceedings through letters sent back and forth to James Madison.

5. Most of the founding fathers were either Protestant or did not believe in organized religion at the time. Roughly 46 of those who are considered “Founding Fathers” of the United States claimed their religious beliefs to be aligned with those of several Protestant churches. Only three of the Fathers were Roman Catholic, while most of the remaining individuals claimed to be anti-clerical and were entirely opposed to organized religion.

When Louise Baker isn’t brushing up on her American history, she writes about online degrees for Zen College Life. Her most recent article ranked the top online colleges in the USA.

While the essence of this post is mostly correct, I suspect there was significant spin in the sources. Wikipedia and The New York Times are both notorious for skewing historical facts and not being entirely thorough in what they publish. The New York Times was the one that stated the 4th of July was chosen by Jefferson for the astrological date. I have never heard this before and would need to see it in the original documents of Jefferson before I would give it credence.

As to religion, I believe the vast majority of the founding fathers, if not all of them were of the Christian persuasion. So I disagree with number 5. Their religious affiliations can be found here… You might also want to visit WallBuilders for a complete discussion on the topic. Remember, there were 204 founding fathers. Our country along with our documents that founded us was based on Christianity and a firm belief in God.

I want to thank Louise for her post. She did a great job, but I would highly recommend WallBuilders to anyone wanting a thorough and in-depth history of the founding fathers. 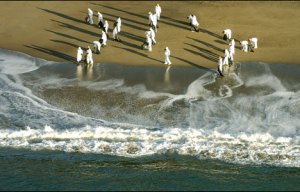 This is a copy of the proposed bill S-843. Action needed:

4/21/2009–Introduced.Gun Show Background Check Act of 2009 – Amends the Brady Handgun Violence Prevention Act to require registration of gun show promoters and to set forth the responsibilities of promoters, licensees, and other transferors. Provides that if any part of a firearm transaction takes place at a gun show, each licensed importer, manufacturer, and dealer who transfers one or more firearms to a person who is not licensed shall, within 10 days after the transfer, submit a report of the transfer to the Attorney General. Sets forth penalties for violations. Grants the Attorney General authority to enter the place of business of any gun show promoter and any place where a gun show is held, during business hours and without a showing of reasonable cause or a warrant, for purposes of examining records and the inventory of licensees conducting business to determine compliance with this Act. Increases penalties for:

American Thinker – Are You an American, or Do You Just Live Here? (Hat Tip: Brian B.)

Daily Mail – Taranis: The £143million unmanned stealth jet that will hit targets in another continent (Hat Tip: Brian B.)

Bookworm Room – Driving while Muslim or a terrible beginner’s mistake?

examiner.com – Poll: Who should get the Republican nomination in 2012?

examiner.com – Video: Patriots rising up against Black Panthers in 2007

END_OF_DOCUMENT_TOKEN_TO_BE_REPLACED

Fox Business: Does a Depression Loom?

Aon to Purchase Hewitt for $4.9 Billion in Cash, Stock

EU Under Pressure to Spell Out Stress Tests

Bank Profits Depend on Debt-Writedown `Abomination’

Financial Regulatory Bill Approved by House Gives Feds Power to Subpoena Any Record from Any Financial Institution Without Establishing Any Probable Cause (Hat Tip: Brian B.)

Stephen Roach: Here’s Why There’s A 40% Chance Of A Double Dip

Figures. Dems Attack Republicans For Meeting with US Business Leaders

Doctors Threaten to Pull Out of Texas Medicaid (Hat Tip: Brian B.)

Live from the Gulf: Government Attorney on Moratorium: The Environment Trumps Jobs

‘CLIMATE CHANGE’ CALL TO GIVE UP AIR CONDITIONING

The New York Times is claiming that there has been a recovery.

Zero Hedge on bank financing of the Federal Reserve.

The rich do it too – Los Angeles County and million dollar distressed properties. 1,947 homes in L.A. County valued at $1 million or more are three payments behind or in foreclosure.