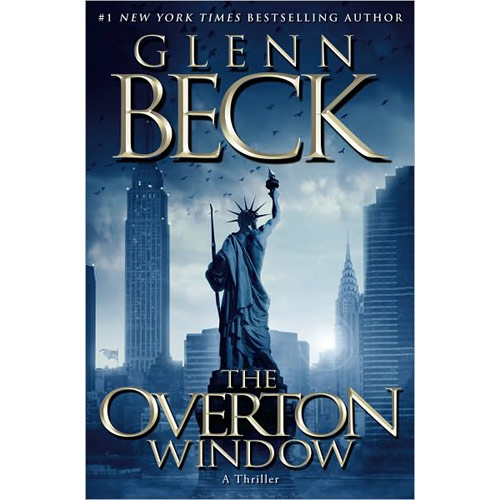 I loved this book, just loved it! Enough to go out and buy copies for my entire family… 8)

A thriller Cassandra would be proud of. Not only is Glenn Beck’s writing style perfect, he captures your attention on the first page. A must in my world since I typically read four or five books at the same time. My typical criteria is if it doesn’t capture my imagination in the first couple of paragraphs, the book goes by the wayside. You won’t have to worry about that with this book. In fact, the ending leaves it open for sequels and I can’t wait!

The plot is one that is based in reality and the current manipulation of our government and political structure.

A plan to destroy America, a hundred years in the making, is about to be unleashed . . . can it be stopped?

Don’t count on it, but the fight is just beginning. The Overton Window finds its roots in a political technique conceived in the 1990s I believe, by Joseph P. Overton. The term describes a “window” in the range of public reactions to ideas put forth by leaders, in a spectrum of all possible options on a particular issue. This window can be ‘nudged’ to visualize ideas and their acceptance by the public. As this window is nudged, these ideas become more acceptable.

A young man, Noah Gardner, is the hero of the story. His father just happens to be a George Sorros type and the chief villain of the story. Noah falls for Molly who is leading the resistance to save America from fascist elitists who want to basically turn the country into a controlled totalitarian state.

The book is full of action and twists as the plot takes you through a carefully planned set-up of the resistance, calculated to make them look like the enemy, when, just as now, the ones plotting death and destruction are the ones who plan to be around to pick up the pieces. Willing to sacrifice life, fortune and sacred honor, the resistance fighters risk all they have to prevent the complete fall of America.

Full of suspense and with a gripping plot, this book is captivating. It could be a window into the future or at least it gives you an idea of what could happen.

As our government grabs more and more power and the American people find themselves ruled over by arrogant, elitists who rule with an iron fist, this story becomes more and more plausible. Take a thrill ride and pick up a copy of The Overton Window. Now, one of my favorite books… I bet the White House, George Sorros and the Center for American Progress just hate this book – another reason to love it!

examiner.com – Imagine if this were Tea Partiers

examiner.com – Obama’s Injustice Department finally decides not to politicize something

The New Editor – Paul Begala Finally Gets One Right

END_OF_DOCUMENT_TOKEN_TO_BE_REPLACED 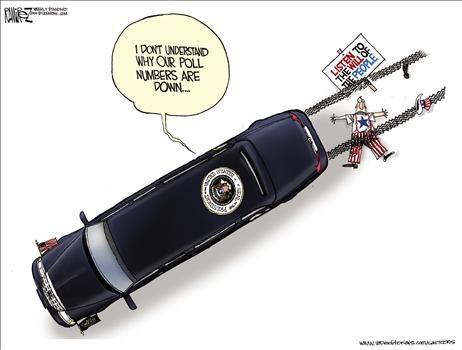 The Tax Tsunami On The Horizon (Hat Tip: Brian B.)

Pelosi: Bush Tax Cuts “Did Not Create Jobs” And Should Be “Repealed”

Newt Gingrich: Obama Like a “Teenager with a Credit Card” (Hat Tip: Brian B.)

China: The US Is “Insolvent and Faces Bankruptcy” (Hat Tip: Brian B.)

Democrats propose the most useless spending cuts in history

More bailouts for Fannie and Freddie as they continue to fail

Feinberg Said to Cite Companies on Payments to Execs

Unemployment rate above 7% through Obama term

Credit card agreements unintelligible to 4 out of 5 adults

How to Upgrade an Old Phone into a Porsche

Why Are Banks Withholding Highend Repossessions Over $300,000 From the Market?

Bernanke Must Appear Concerned, Not Desperate 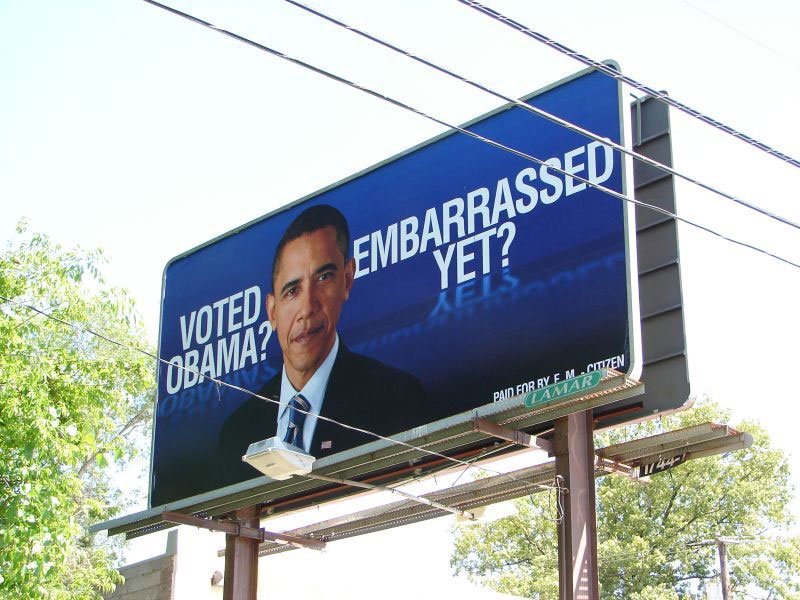 Gov. Bobby Jindal at the Rally for Economic Survival in Lafayette, speaking out against the Obama Administration’s job-killing offshore drilling moratorium.