Fiercely Independent Locksmiths of America was started tongue in cheek so to speak, a rant against the establishment. That having been said, the idea of having a formal association of fiercely independent locksmiths meant it had to reserve an address on the Internet. We now have two addresses, three if you include the blogger address listed under my account. With any luck these locations will be up and running soon; until then the only one working is the Blogspot account.

We had a successful membership drive in July; we now have two members. I joke about things like this; but we had to start somewhere and the future is bright. Drop us a line and maybe by August we’ll have enough to form a committee. At this very moment we are assembling a webpage and have secured a server, GoDaddy.com.

“Now ye may suppose that this is foolishness in me; but behold I say unto you, that by small and simple things are great things brought to pass; and small means in many instances doth confound the wise.” Alma 37:6

There’s a line from the movie Forrest Gump that fits well. After he’d been out all day on the boat and all he had to show for his efforts were a couple of shrimp, “…a few more and you’ll have enough for a shrimp cocktail.”

I was thinking of an old time locksmith who would travel around the country putting on shows to help fellow locksmiths, Hank Spicer. Hank would have jumped at the chance to be part of this new organization. I don’t know if he’s still among the living; he’ll be the first honorary lifetime member teaching others how to accomplish basic locksmith skills and all he offered our trade/profession. Maybe we’ll have a column dedicated to technical articles intended to help, a “locksmith corner” to honor Hank; like I said, this is a blank page so far and almost any idea is worth considering at this time.

I haven’t mentioned anything about membership dues; not my favorite topic. I’m not doing this for a profit in spite of my capitalistic character; how about $15.00, a voluntary fee to help cover the cost of the website? Send money orders or make your personal checks payable to: Fiercely Independent Locksmiths of America; no credit cards at this time.

With your membership you will get free access to our website; hint, it’s free to anyone who happens to find it on the web. If you act quickly your membership number will only have one digit; easier to remember and something to brag about in years to come. We will also accept articles to be shared along with pictures (in JPG format).

Once the site is up and running modifications will be made to separate sensitive information from general public areas to prevent improper use. We’ll be looking into legal consultation and web management skills as the site grows.

This article is cross posted to T F Stern’s Rantings, where the banner reads, “My Op-ed pieces are generally too long, and most definitely too far to the right for our Liberal friends in the press to print. The one time they printed my rantings, they edited it so badly as to destroy its meaning…and so I now have decided to BLOG.” 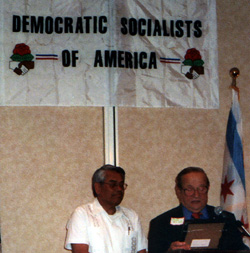 Here Medina tugs on the heartstrings and plays on the emotions as he urges the gathered, mainly young “progressives” to unite behind the illegal immigrant community. Medina is very careful to blur the line between illegal immigrants and Latino Americans.

His message is that by exploiting the Latino vote, “progressives” can carry several key states in November. To do that, the left must portray any resistance to illegal immigration as an attack on all Latinos.

Medina has more influence than most Marxist activists.

In 2008 he served the Obama campaign as a member of Barack Obama’s National Latino Advisory Council. As a vice president of the D.S.A. dominated SEIU, Medina can put tens of thousands of activists on the streets to promote his socialist agenda.

Speaking at the 2009 America’s Future Now! conference in Washington DC, Medina was more matter of fact, more honest. This was an older crowd of hard core “progressives.” They didn’t need the violins, they just wanted the numbers.

Here Medina plainly states that his campaign is purely about votes. Medina is pursuing “immigration reform” for one reason only: 8 million new Democratic voters.

His aim is to “create a governing coalition for the long term.”

Back to New Zealand for a minute.

The Unite Union and Socialist Aotearoa protest outside the recent National Party conference in Auckland, against proposed labor law changes.

Sometimes I forget that the revolution is still unfolding in my own backyard.

BTW, NZ’s own Matt McCarten played a bit part part in the movement that gave us Barack Obama.

Stay tuned for the story.

Charles Sherrod on the white man and his Uncle Toms

Charles Sherrod: “Finally We Must Stop the White Man & His Uncle Toms From Stealing Our Elections” (Video)

VIDEO GOLD: Howard Dean Gets A$$ Handed to Him On FOX After Misplaying His Race Cards (Video)

The Impossibility of Modern Capitalism

Why China Is The Mother Of All Grey Swans

Here’s What We’ve Learned From The European Stress Tests

The Deficit Won’t Kill Us, But The Dysfunction That Causes Them Will

Morning Bell: An Admission of Failure

Economic historian Niall Ferguson says Keynesian economists are stuck in the 1930s, completely unaware that a US debt crisis could come quite suddenly.

“All it takes is one piece of bad news — a credit rating downgrade, for example — to trigger a sell-off,” Ferguson writes in the Financial Times.

U.S. may face deflation, a problem Japan understands too well

Changes for 2011, The Taxman Cometh

Nielson Probability of US Hyperinflation or Debt Implosion

The Death of Paper Money

The Middle Class in America Is Radically Shrinking. Here Are the Stats to Prove it

Logon to the Insider Extreme on Wednesday, July 28, 2010 at 7pm ET and join us for a LIVE 2-hour special as Glenn explores just how different ‘fundamental transformation’ is from simple ‘change’. 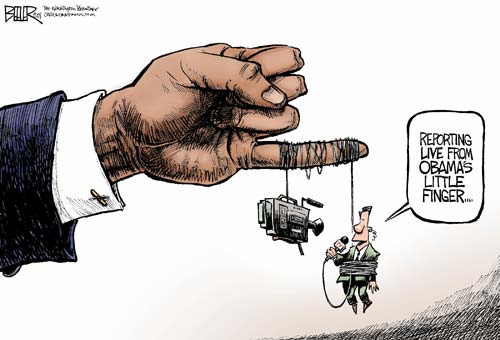 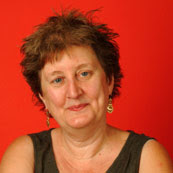