The Rise & Fall Of Socialism In America

One can only hope that his is the case and the majority of Americans will be heard by voting this November 2nd. Or is this “Conflicted” time for the Democrats just another layer of the old “Blue Dog” trick play. We have to remember this; they are all on the same team and will go into a majority huddle in Congress and when they come out, they will be swinging their big liberal axe and slash away at the Republic with more social-welfare spending programs. Here is a “news-flash”- government does not generate wealth. Government does however, take from those that do produce wealth within a free-enterprise system. Here is a little fable, a truism of the Democrats tax and spend programs, you know the one about the goose and golden eggs: 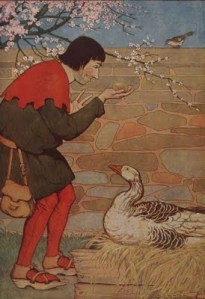 A man and his wife owned a very special goose. Every day the goose would lay a golden egg, which made the couple very rich. “Just think,” said the man’s wife, “If we could have all the golden eggs that are inside the goose, we could be richer much faster.” “You’re right,” said her husband, “We wouldn’t have to wait for the goose to lay her egg every day.” So, the couple killed the goose and cut her open, only to find that she was just like every other goose. She had no golden eggs inside of her at all, and they had no more golden eggs. Too much greed results in nothing. 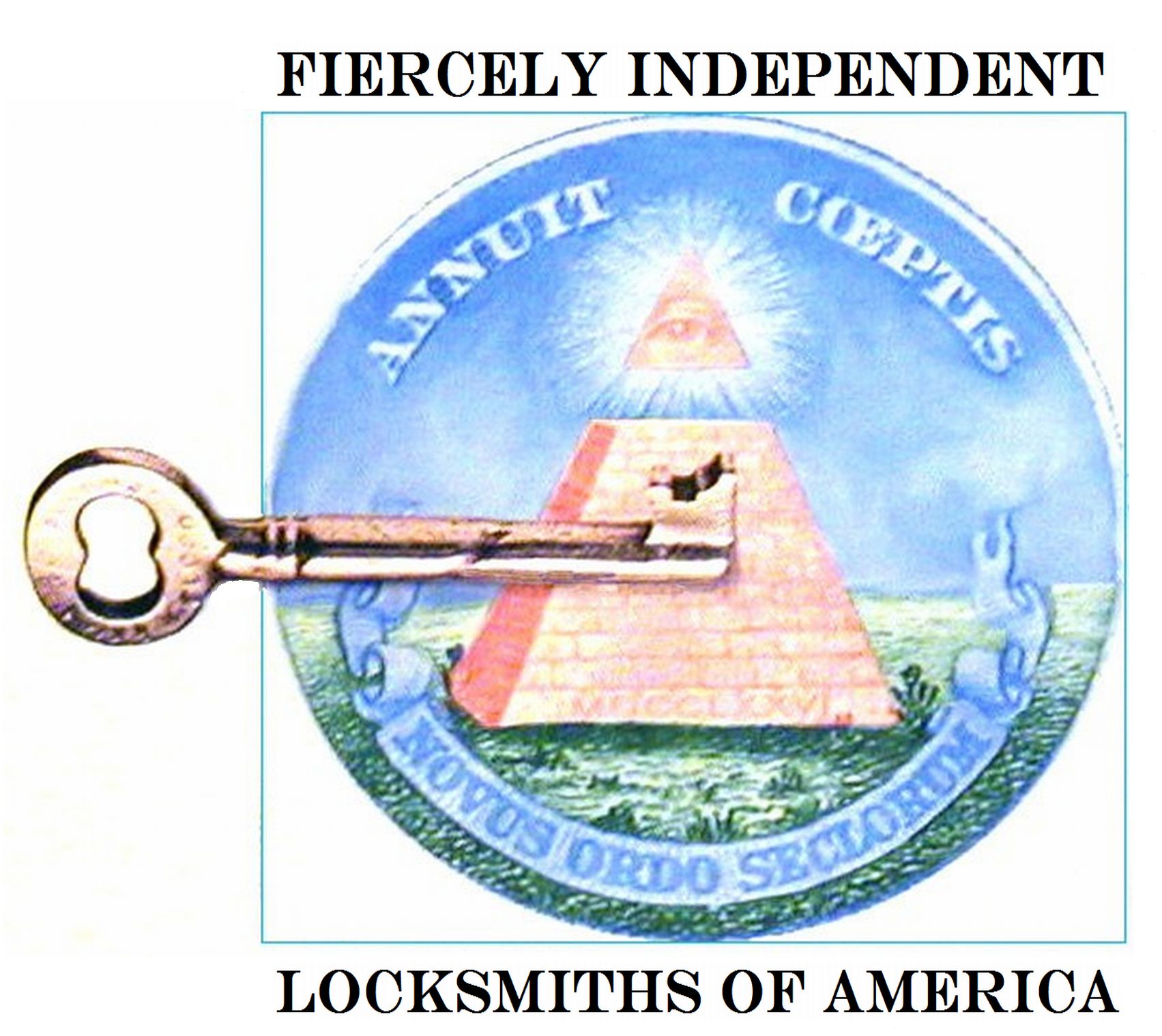 This past week I posted a very short article showing a logo design which will be used for a new locksmith association, Fiercely Independent Locksmiths of America (FILOA). The new association is the result of frustration in dealing with a long established association which lost its primary focus, to represent the locksmith industry. In keeping with the spirit of America’s founders, a separation was necessitated. I “borrowed” elements of the logo from the Dollar bill and a picture of an antique key I saw while blitzing through hundreds of photographs on the internet; altered a bit here and there and the finished product I claimed as “original.”

There’s an old saying, “That which we appreciate we appropriate.” Hanging around folks who are more refined, spiritually or intellectually will improve those who “borrow” carefully; but with a little imagination the phrase could easily be expanded to incorporate other concepts as well.

What do the symbols mean? Some of the answers will have to be partial; their original meaning going back thousands of years to civilizations long gone remain a mystery. It’s interesting how symbols seem to validate eternal truths, as if they speak to our spirits in concepts which attempt to define what words cannot.

Stewart Coerver wrote an article, 15 Things You Never Noticed on a Dollar, which included some of the history behind the Great Seal found on the back of the Dollar.

“What does Annuit Coeptis mean?”

The first of three Latin phrases on the back of the bill are translated as “God has favored our undertakings.” Many founders, Franklin and George Washington among them, believed that God’s will was behind the successful creation of the United States.”

The statement might also be viewed as a prayer, a prayer that our undertakings are in keeping with His eternal laws and principles; perfection is a process rather than a final destination. It’s appropriate that the “all seeing eye,” as found atop the pyramid inside the Great Seal, represents His presence on our money and other daily observances.

The Seal on the Dollar bill jumped out and begged to be recognized while contemplating a symbol to represent a new locksmith association. This was a means of articulating a desire to conduct our affairs in a manner pleasing to God’s eternal laws, laws established before the creation of this world. Self governance and discipline define the Great Experiment we call America, not micromanaged servitude through government legislative decrees or bureaucratic rules and regulations.

Our Creator established this nation on eternal principles as found in the Declaration of Independence and His hand directs our course as recorded in modern scripture.

“And for this purpose have I established the Constitution of this land, by the hands of wise men whom I raised up unto this very purpose, and redeemed the land by the shedding of blood.”

It’s no accident a pyramid with 13 steps was used in the Great Seal. The original 13 colonies had the courage to recognize the need for a new nation, one which required a separation from the old world, a nation of fiercely independent individuals who recognized God as our King; not some cheap imitation sitting on a man made throne. The date “1776” at the base of the pyramid in Roman Numerals serves as a reminder of our Declaration of Independence from Great Britain and all other European monarchies. America would be built on a solid foundation, upon the Rock of our Redeemer, a foundation that would endure, as symbolized by the ancient pyramids of Egypt.

Stephen Mehler wrote extensively on the origin of the word pyramid and stated, “The word pyramid is derived from the Greek words PYRAMIS and PYRAMIDOS. The meaning of the word PRYAMIS is obscure and may relate to the shape of a pyramid. The word Pyramidos has been translated as “Fire In The Middle”.”

Pyramids were built to generate energy, at least that’s what Mehler’s “Fire In The Middle” was referring to; a thought shared by many Egyptologists. What in thunder was so all-fire important that an entire nation, under the direction of a Pharaoh, would spend a life time’s effort erecting massive structures to generate energy? The answer is written on the walls of these pyramids, life eternal. The pyramid was a conduit whereby man could reach the eternities.

We could get into quite a discussion on how ancient Egyptians came to grasp the idea of mortal resurrection and eternal life; but that would be a distraction at this time. For the sake of today’s dialogue regarding the use of the pyramid as a symbol for a new nation, and by extension a new locksmith association; the pyramid represents a refiner’s fire, the energy supplied by God which can bring about perfection.

There are some who suggest the unfinished pyramid as shown on the Seal represents the idea of a nation attempting to obtain perfection, much as individuals strive to improve according to Christ’s example to his disciples. The work is a process rather than a final destination. As individuals created in His image we’re challenged to live up to our potential on our own volition, not through forced cooperation; but by voluntarily abiding by the precepts He has given us. Simply put, The Golden Rule.

The last element of FILOA’s logo which I’ll address is the antique key. It represents a couple of ideas, the ability to unlock a physical or spiritual entity; but more importantly it supports the principle of having authority to do so. Locksmiths must recognize the idea of having authority prior to putting their skills to use. This is a universal acknowledgment of property rights, which are an extension of individual rights as given by God.

John Adams wrote, “Property is surely a right of mankind as real as liberty.”

Thomas Jefferson in a similar vein while in correspondence with Pierre Samuel Dupont de Nemours left this insight, “A right to property is founded in our natural wants, in the means with which we are endowed to satisfy these wants, and the right to what we acquire by those means without violating the similar rights of other sensible beings.”

Some members of our society have a problem with that last part, “without violating the similar rights of other sensible beings.” Holding the keys of authority has to do with acknowledging rightful ownership and use. Locksmiths have a moral and legal responsibility to their community to establish rightful ownership prior to applying their skills. Having an antique key directly associated with the Great Seal establishes that important linked symbolism.

The banner for this fledgling locksmith association shouldn’t surprise anyone having read my interpretation of symbols used in FILOA’s logo. The banner expresses foundational American concepts, that individuals in this association acknowledge and follow God’s eternal laws, making it unnecessary for government, with its multitude of laws and bureaucracies full of rules and regulations to encumber righteous hard working individuals in a free market system.

“Refining our God given talents one lock at a time.”

Knowledge Creates Power – Expose them to the light

examiner.com – Obama warns voters not to return to policies that work

The Anchoress – Love, Limits, and Loss

Brutally Honest – Can we talk about penises?

END_OF_DOCUMENT_TOKEN_TO_BE_REPLACED

An August Surprise from Obama? (Hat Tip: Brian B.)

Freddie Mac requests $1.8B more in aid after 2Q loss

The Assault on For-Profit Universities

Points to Ponder as the Fed Gathers 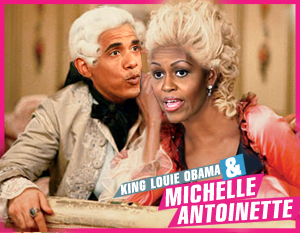 Fed set to downgrade outlook for US.

Desperate to Get US Economy Moving

Fighting a Double Dip: What Weapons Does the Fed Have Left? 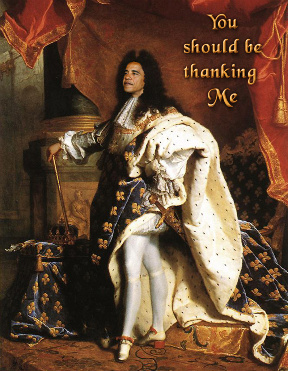 The Peasants Are Revolting!

Make sure you read these two articles today if you read nothing else:

I swear your blood will boil over this one…

Despite a categorical denial, evidence is mounting that leading Hawaii gubernatorial candidate Neil Abercrombie, is a covert socialist. What is worse, he may be lying about it. 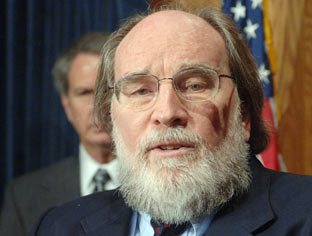 In response to a July 12 post questioning whether Mr. Abercrombie was a member of America’s largest Marxist organization, Democratic Socialists of America, his campaign issued a statement saying:

QUESTION: Was Neil a member of the Democratic Socialists of America or any other socialist or communist organization?

ANSWER: NO. Neil has never been part of any socialist or communist organization.

My original post included documentary evidence, from Democratic Socialists of America publications – none of which was challenged or refuted by the Abercrombie campaign.

For scans of the documentary evidence to support these claims, go here…

Note in the above text that Neil Abercrombie gave an “extemporaneous, impassioned speech” to an explicitly D.S.A. organized “Socialist Caucus” during that year’s Democratic Party convention.

The other speakers at the Socialist Caucus, Cornel West, Bob Fitrakis and Ed Vargas, were all confirmed members of Democratic Socialists of America.

How does Neil Abercrombie explain this connection?

Either Democratic Socialists of America decided to tell lies about Neil Abercrombie in 1999, 1992 and 2006 or Mr. Abercrombie is the one whose memory is at fault.

As Neil Abercrombie is a leading contender for the governorship of Hawaii, surely it is a matter of public concern to clarify both his honesty and his true political allegiances?

Abercrombie emphatically denies that he was ever “part” of this organization.

Who will ask Neil Abercrombie the hard questions?