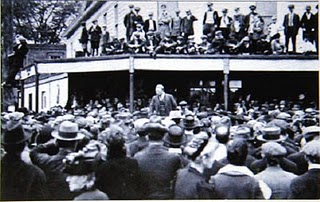 Theodore Roosevelt’s ideas on Immigrants and being an AMERICAN in 1907:

Are we being tolerant or stupid when we permit an invading force of anti-Americans to occupy our land? Some of you may think the question has to do with roughly 20 million illegal aliens from our southern border, and to a certain extent you’d be correct; however let’s not forget there are others claiming their purpose is to bring down America, Muslim jihadists living among us.

Take a few moments to consider the information in the following videos and the answer becomes clear; our politically correct attitude toward tolerance at any price will prove to be our downfall. Just one more thought, will our nation’s collapse come from outside invaders or will it come from within? We have the most treacherous band of anti-Americans sitting in the highest positions of our government.