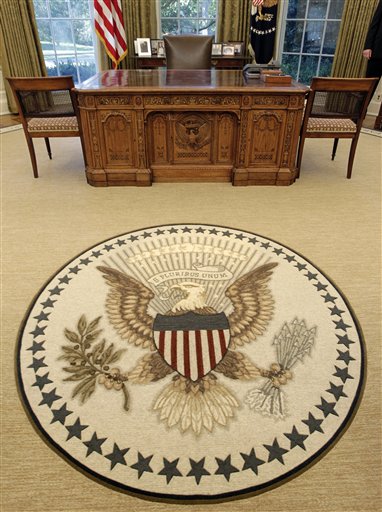 “The Only Thing We Have to Fear is Fear Itself” — President Franklin D. Roosevelt

“The Arc of the Moral Universe is Long, But it Bends Towards Justice” — Martin Luther King, Jr.

“No Problem of Human Destiny is Beyond Human Beings” – President John F. Kennedy

Collective welfare and justice for all… The Marxist/Progressive comes out of the Oval Office.

Oval Office gets a makeover

2 thoughts on “So Quoteth the Rug in the Oval Office…”