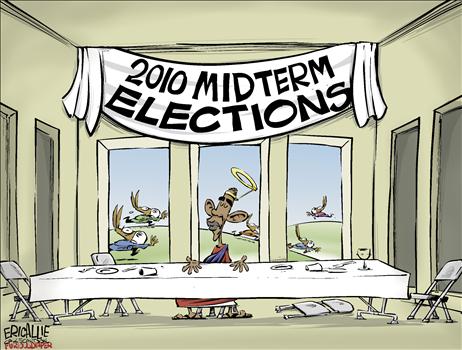 Our Debt Is More Than All the Money in the World (Hat Tip: Brian B.)

Poverty Skyrockets Under Obama – People Too Poor to Bury Their Dead Worst. President. Ever.

Poverty on track to post record gain under Obama

Rosenberg: Here Are 13 Signs That We’re Actually in a Depression Right Now.

Michael Burry is Long Farmable Land, and Agrees With Paulson on Gold (But Not the Other “Recovery” Themes).

Celente: Market Self-Deception Continues on the Flimsiest of Excuses

US Loses Ground in Competitiveness Report

Consumer Credit in US Fell $3.6 Billion in July, Fed Says

After a two week interlude (including a Holiday weekend), the FDIC Friday Follies have resumed, with the announced closure of Horizon Bank, Bradenton, Florida.

Treasurys Tumble Following Weak 30-Year Sale. The rate of return on Treasury paper are bound to rise, and that will push up prevailing interest rates, and that in turn will further slow the economy, including home sales. We are poised to enter a death spiral, folks. Watch interest rates and the US Dollar Index (USDI) closely! If rates spike or the USDI drops below 72, consider those big red flags!

So Broke We Can’t Pay Attention

Obama’s Economic Plan Not a Hit With Economists

Darryl Schoon: Gold, and the Future Way Through Economic Collapse

Getting ready for more inflation? One can only wonder why the US Postal Service now requires SDR valuation calculations for insured international shipments. 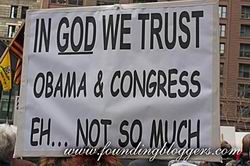 Obama is increasingly resembling the errant husband, who, when caught in bed with another woman by his wife blandly asserts, “What woman? Who are you going to believe – me or the evidence of your own eyes?”

Obama is asking Americans to ignore the evidence of their own eyes and believe him. After all, he is the President of the United States, which implies honor, integrity and character. Or used to.

Calling the president a liar is a serious charge. But either Obama is lying to America or he is seriously misinformed, which is even scarier.

With a straight face, President Obama recently stated, “I am seriously committed to fiscal responsibility.” Hey, maybe the left redefined fiscal responsibility while I was asleep last night, but Obama’s claim just doesn’t accord with reality. Obama has added more to our national debt than all other U.S. presidents — combined. And is in the process of adding another $50 billion that we don’t have, as you read this.

That statement is at serious odds with Obama’s actions. In Obama’s 19 months in office, the government, under his direction, has taken over the auto industry, the banking industry, the health care-industry, the student loan industry, etc. This means that the government will be making the choices consumers used to make. (Can you spell Chevy Volt?) How in the world does this equate with lean government and more consumer choice?

Obama promised consumers that they would be able to keep their own doctor under his health-care overhaul. Oops. He misspoke. Obama promised that ObamaCare would reduce health care costs. Oops Wrong again. A new government report just confirmed what most regular people knew all along: The nation’s health care tab will go up — not down — as a result of ObamaCare. Insurers plan to raise premiums on some Americans as a direct result of the health overhaul as soon as next month. 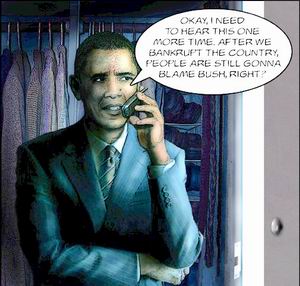 The president of the United States is either lying or suffering a severe case of cognitive dissonance.

And he is not alone. More and more of our public servants are severely undermining trust in government by making bald statements that have no basis in truth. Case in point: Harry Reid stated yesterday that he “had nothing to do with” the bad economy. Hmm… Inquiring minds want to know, well then whose fault is it? Answer: George Bush’s. Adding insult to injury, Reid fully expects us to believe him.

Outright falsehoods by our elected officials are so numerous as to become the norm. People joke that, “You know a politician is lying when his lips move.” Ha, Ha.

Maybe this behavior is the norm inside the beltway, especially since the media and fact-checkers are mostly absent. But for the majority of Americans, a lie is a lie. And just because most politicians lie, does not make it right.

We the people have the right to enough information to make informed decisions. And we’re not getting it. Instead, we’re getting false information. Remember Barney Frank telling America that Fannie Mae was in good shape, just before it crashed, taking down our economy with it? If Frank were in the private sector, he could be criminally liable.

Obama is doing the exact same thing. As our economy continues to sink, Obama is out on the stump touting “Recovery Summer.” And because he is the president, millions of Americans will take him at his word. To their detriment.

Here’s a newsflash. The economy is not recovering. The U.S. Federal Reserve reports “widespread signs” that the economic recovery is slowing and economic growth for the rest of this year and next was revised down for a third month in a row by a panel of about 50 economists. My question is, what recovery?

In a court of law, being caught lying just once is enough to call into question the whole of a person’s testimony. In the court of public opinion, lying is just another political tactic. Yawn.

By not calling a spade a spade, the media is complicit in enabling the torrent of untruths that daily issue forth from our leaders. By blindly accepting what Obama says, Americans are enabling him. Enabling a man who is deliberately telling us that black is white and if we don’t believe him then we are racists, homophobic, stupid or Republican meanies. This is not acceptable.

I do not trust Obama. And I will continue to point out why my fellow Americans shouldn’t trust him either. He has broken faith with us too many times. And for that, I believe he is not fit to govern us.

Nancy Morgan is a columnist and news editor for conservative new site RightBias.com
She lives in South Carolina