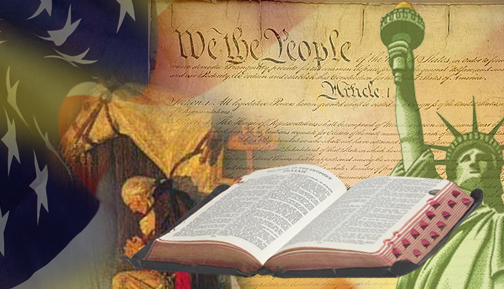 In 1775 there were three types of colonist: Patriots, Tories and the indifferent. Each category represented approximately one-third of the population.

The Tories were those who supported King George III and British rule of the colonies. They were comprised primarily of government officials and those who supported them. During the war for independence, they either returned to England or sided with the British against the Patriots. Many became spies for the British. Their objective was to keep the Patriots from gaining independence. Should the Patriots be successful, the Tories would lose their elite status and lucrative positions with the British government who ruled the colonies.

The Patriots were those who fought and won the war for independence. They authored the Declaration of Independence and pledged their lives, their fortunes and their sacred honor in defense of it. The British immediately placed a price on the head of the leaders of the “rebellion” and sought to capture and imprison or kill them. The signers of the Declaration of Independence were declared to be enemies of the state. They are referred to as our Founding Fathers.

Patrick Henry summed up the position of the Patriots when he said:

“We have petitioned – we have remonstrated – we have supplicated – we have prostrated ourselves before the throne, and have implored its interposition to arrest the tyrannical hands of the ministry and parliament. Our petitions have been slighted; our remonstrances have produced additional violence and insult; our supplications have been disregarded; and we have been spurned, with contempt, from the foot of the throne. In vain, after these things, we may indulge the fond hope of peace and reconciliation. There is no longer any room for hope. If we wish to be free – if we mean to preserve inviolate those inestimable privileges for which we have been so long contending – if we mean not basely to abandon the noble struggle in which we have been so long engaged, and which we have pledged ourselves never to abandon, until the glorious object of our contest shall be obtained – we must fight! – I repeat, sir, we must fight!… Besides, sir, we shall not fight our battles alone. There is a just God who presides over the destinies of nations; and who will raise up friends to fight our battles for us. The battle, sir, is not the strong alone; it is to the vigilant, the active, the brave. Besides, sir, we have no election. If we are base enough to desire it, it is now too late to retire from the contest. There is no retreat, but in submission and slavery! Our chains are forged. Their clanking may heard on the plains of Boston! The war is inevitable – and let it come! I repeat, sir, let it come!”

“Americans will die on their feet, before they will live on their knees.”

There is a scene in the movie shown today at the visitors center at colonial Williamsburg, Virginia. A Patriot is talking to a friend who is a Tory. The Tory says, “I am sailing on the next ship for England. I’m going home John, what about you?” The Patriot replies, “I am home.” This is our land, the land of our fathers, the land which has been bought and paid for with the blood of thousands of Patriots. It is our home and will be the home of our children and grandchildren for generations to come. What kind of land will it be?

Our founders had three options; the soap box, the jury box and the cartridge box. They tried the first, were rejected by the second and were forced to resort to the third. They have left for us a fourth option; the ballot box. Our choice is clear. Our duty is plain. Our course is obvious. If our nation is to survive, we must rid ourselves of all in Washington, both Republican and Democrat, who would destroy our Constitution, deny our God and take away our freedoms, and replace them with men and women who will protect and preserve the attributes which have made our nation great.

Today we stand in the shoes of our Founding Fathers. The winds blowing from Washington smell of evil, corruption and tyranny. We, like them, are faced with a government seeking to take away our cherished freedoms and God-given rights. We, like them, have little representation in the halls of government. The hallowed halls of congress, once walked by statesmen dedicated to serving the interests of the people, are now mainly occupied by power hungry politicians who only hear the voices of the special interests who purchase them. No longer listening to the will of the people, they walk in lockstep with congressional leaders to do the bidding of Obama, their great proponent of socialism.

Today, there are once again three types of Americans: the Elite, the Patriots and the indifferent. Just as with our Founding Fathers, each group represents about one-third of the population.

The Elite are basically those entrenched in government jobs. They support big government and big government programs from which they will personally benefit. They are both Republicans and Democrats. With a few exceptions, the letter behind their name means little. Their only desire is power over the rest of Americans. In addition to government, they can be found in the mainstream media and Hollywood. They are best referred to as progressives (liberals) and believe America must be changed from the America of our founders to the America they envision. They are led by their great proponent of socialism, Barack Obama. Support of this group is also found among proponents of the Gay agenda, amnesty, big unions and those who would destroy Christianity and the traditional family. Their primary objective is to keep the Patriots from gaining control of government.

Today’s Patriots are basically Constitutional conservatives, members of the Tea Party and those sympathetic to their cause. They are primarily interested in reducing the size of government, reigning in out-of-control spending and lowering taxes. They have arisen as a result of the socialist policies espoused by the Elite. They are not by any means an organized, top down, driven movement as has been claimed. To the contrary, most are unpaid volunteers who think the country is heading in the wrong direction and are fearful for the lives their children and grandchildren will be forced to lead. Like the Founding Fathers, they possess a great love of country, love of freedom, love of God and love of family. They are no longer willing to remain silent. They have been ridiculed and laughed at by the Elite. However, after November 2, 2010, the Elite are no longer laughing. Instead, they have put the Patriots in the crosshairs of big government and the liberal left. If the Patriots should win, the Elite will lose their favored positions in government, along with their outlandish fringe benefits.

Those of us who consider ourselves to be a part of this great grass roots movement, have a huge fight ahead of us for the heart and soul of America. For the sake of our children and grandchildren, it is a fight we must not lose, a fight we cannot lose and with God’s help, a fight we will not lose. From the day the first pilgrim set foot on these shores, America has been a nation protected by the providential hand of God. That protection has been recognized and cherished by those whose lives have written the history of America. Every monument, every writing, every speech of our Founding fathers, echoes this nation’s reverence toward God. Our reverence for God and our love of freedom cannot be separated. It is impossible to view the history of America and the freedom we enjoy without acknowledging the providential care of God. This is the bedrock upon which this nation was built. Therefore, our choice is clear. Our duty is plain. Our course is obvious. If our nation is to survive, we must rid ourselves of all in Washington, both Republican and Democrat, who would destroy our Constitution, deny our God and take away our freedoms; replacing them with men and women who will protect and preserve the attributes which have made our nation great.

We can no longer allow the Elite to solicit our money, select our candidates and instruct us in voting. There are very few entrenched Republicans or Democrats who respect either the Constitution or the will of the people. They seek only to replicate themselves. For that reason, they must be replaced in 2012. In 1937, Supreme Court justice George Sutherland made the profound and prophetic statement:

“The saddest epitaph, which can be carved in memory of a vanished liberty, is that it was lost because its possessors failed to stretch forth a saving hand while yet there was time”

Yes, the time has come. As Ronald Reagan said:

“We will preserve for our children this, the last best hope of man on earth, or we will sentence them to take the first step into a thousand years of darkness.”

Money is considered to be the mother’s milk of politics and for good reason. Money buys the advertising and name recognition necessary to be elected. Although Patriots may contribute millions, much of the money never reaches the candidates for which it was intended. It is siphoned off to cover operating costs of organizations claiming to support a particular candidate or agenda. We patriots must not allow our money to be wasted in these ways. A few rules of engagement can put an end to business as usual in the election process:

1. Choose our own candidates. There is no use for Congressional campaign committees. These “committees” only serve to perpetuate themselves. They want to choose the candidates then instruct us how to vote. They will give any money they receive to the candidates of their choice, not ours. The only money they have is that contributed by the people. Dry up their source of their funds and we eliminate their influence and effectiveness.

2. Send our money directly to the candidates of our choice. There is no reason to pay the expenses of various groups claiming to represent us in the electoral process. This includes Tea Party groups with large operating expenses. One Tea Party leader, who has gained national attention, made the statement, “I can make a million dollars off this movement.” There is no place for such individuals and organizations in a grass roots movement.

3. Ignore the recommendations of the main stream media. They have their own agenda. They will often build up and recommend the opponent they consider the easiest to defeat. They cannot be trusted and their influence in elections must be ignored. Listen only to the candidate and check out his or her background and/or voting record. If they pass Constitutional and conservative muster, then support them with money and volunteer efforts. Then let them know that “We the People” will be watching.

4. Vote. The key to every election is turnout. Only about 60% of the nation will exercise their right to vote. If 100% of the Patriots show up at the polling places we can remove the garbage and restore our nation. It is not enough to just claim the title of Patriot. We must walk the walk as well.

Like our founders, we must pledge our lives, our fortunes and our sacred honor to the preservation of our freedom. They lit the Torch of Liberty and passed it through the generations to us. Today we carry that torch. We must not allow it to be extinguished, or the liberty it represents to be forfeited.

Yes Patriots, the time has come.

3 thoughts on “THE TIME HAS COME”