Mark Steyn: ‘The guy in charge of U.S. intelligence is an idiot’

Are America’s veterans really in such bad shape?

Your Hometown & the United Nations’ Agenda 21

For U.K. Banks, a Calamity Is Born

Leftist Dupes: From the Communist Brotherhood to the Muslim Brotherhood

HOW A DELUSION CAN BE PSYCHOLOGICALLY NECESSARY TO EXPLAIN REALITY (Hat Tip: Larwyn)

MARTIN ARMSTRONG: The Egypt Crisis Will Engulf The Arab World, And Then Spread To Europe

Vietnam Massively Devalues The Dong To Save Its Ailing Economy

Jim Chanos: The Muni Situation IS Ominous, And These States Are Basically Insolvent

Republicans Promise $100B in Spending Cuts

Trusting but Verifying on Taxpayer Funding of Abortion

An Additional $47 Billion in Spending Cuts for the Continuing Resolution

Egypt’s End of the Beginning

Buffett: Taxpayers Will Always Foot Bill for ‘Too Big to Fail’

Texas Proposal Would Require Insurance – For Your Dog!

WORLD TRADES: Merger Could Take NYSE Out of American Control

De-fund the predators of Planned Parenthood

Shocking New IMF Report: The U.S. Dollar Needs To Be Replaced As The World Reserve Currency And SDRs “Could Constitute An Embryo Of Global Currency”

Ben Bernanke and The Confidence Men

McDonald’s likely to raise prices in 2011

Can China Tame Its Inflation Dragon?

Grocery Bills are on the Rise

The Washington DC based Council for a Livable World has been financing and lobbying pro-disarmament U.S. lawmakers since its foundation in 1962. 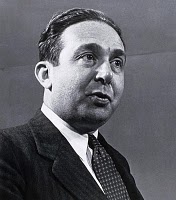 Founded by Manhattan Project nuclear scientist, leftist and alleged Soviet agent Leo Szilard, and led by leftists such as Jerome Grossman and more lately David Bonior, C.L.W. has been instrumental in every step of America’s march to a national defense meltdown.

The C.L.W. has funded hundreds of U.S. Senators and Congressmen in its history, almost all Democrats, with a sprinkling (mainly in the early days) of leftist Republicans.

Leo Szilard founded C.L.W. originally to support pro-disarmament Senators. He reasoned that as even sparsely populated states have two Senators, he could buy the most influence, for the least outlay, by funding leftist Senate candidates from small states.

C.L.W.’s long time CEO Jerome Grossman claims that by funding Senators at the beginning of their careers, the Council for a Livable World was able to influence them later when needed.

Now Council for a Livable World is playing the money game… We try to find obscure people who would make good Senators or Representatives and early on try to give them the initial funding. Now we can’t compete with the big money. We only raise a million and a half each election cycle. But that’s a million and a half that has no cost to them. Because we get in early, and because it’s tied to issues, seems to have some kind of an effect. Then if we elect somebody they’re eternally grateful. Then we go and we are able to get a hearing.

Jerome Grossman even claimed he was able to influence Democratic Senator George Mitchell to campaign against President President Bush on the B-2 Bomber project.

George Mitchell who’s going to be Secretary of State––when he ran for Senator in Maine the first time, he was against a very popular member of the House of Representatives in Maine, a Republican by the name of… Robert Emory. Well, Emory. And Mitchell had run for Governor and run for Representative before. He had lost both times. He was considered a terrible politician. He had been a Federal Judge briefly. And he was considered a basket case. He was thirty-six points behind. We raised fifty, sixty thousand dollars for him. He never stops telling that story. Now it so happens he’s a good guy anyway. But in time he was majority leader of the United States Senate. And we could walk in any time and tell him what we wanted. We even got him to oppose the President on the B2 bomber and so forth…

Though by 1996 Grossman was no longer involved in the day to day running at C.L.W., he still claimed considerable influence in Washington DC.

I go to Washington for three days every month. Last time I was there, I saw a few Senators, a few members of the House of Representatives. And I also went in the Pentagon because the Pentagon is now doing another bottom-up review before they put their budget in. Because their budget now is based on fighting two regional wars simultaneously. So they’re going through the motions––well, I’m being unfair. They’re re-studying it, all right. While I was there I went in to see if I could have some input. I have had input. 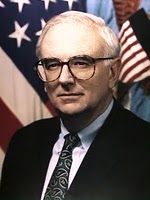 Grossman also claimed some “pull” with President Clinton’s leftist Secretary of Defense Les Aspin and stated that he had tried to promote another leftist colleague, Kosta Tsipis, into an influential position.

The C.L.W. had supported Les Aspin in his successful House of Representatives run as candidate for Wisconsin:

When Les Aspin was Secretary of Defense he actually solicited my opinions. He didn’t do what I said. You look for any crevice. Well, the Congress, one of the Senators that I know put in a bill requiring that this be done, and that also there’d be nine people from outside the Pentagon who would present another plan. I found out about that and I’m nominating a couple of people on our board like Kosta Tsipis [MIT professor]. And George Ratkins, and William Kaufman––authentic experts. See, we’re tying to get them on the alternate one. Then I got to the State Department, too…

And then the State Department––wow, there are some [people] there––they want to see the Chemical Weapons Treaty pass. It hasn’t been ratified. And [Senator Jesse] Helms won’t bring it up. So, I conspire with them. The point is that I get… and people are calling me all day, and I’m calling people all day to find out what goes on…

The C.L.W.’s February 1982 fund-raising appeal commenced with a letter entitled, “The Reagan Administration is launching a massive escalation of the nuclear arms race,” signed by George Kistiakowsky, chief science adviser to President Eisenhower. The letter stated that the C.L.W.’s chief targets were the MX missile and B-1 bomber, and stated, “We’re on Capitol Hill every day, working to reestablish arms control talks, fighting the proliferation of nuclear weapons, lobbying for nuclear arms control agreements.” CLW also targeted U.S. chemical weapons funding and campaigning for across-the-board defense cuts, with a “media blitz” slated for late May when the Senate would be considering the chemical weapons issue.

According to C.L.W.’s own website, “notable achievements to which the Council-supported candidates who were elected have contributed” include:

Just who has C.L.W. financed and presumably “influenced” over the years?

A few of the several dozen C.L.W.-backed Democratic candidates in 2008 and 2010 were Senators:

There is one more name worth mentioning.

The Council for a Livable World also backed Barack Obama. 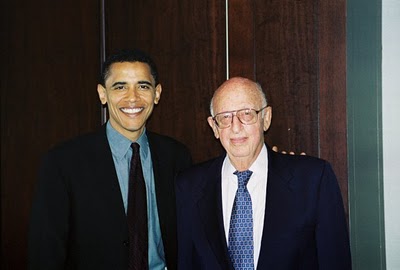 Did Jerome Grossman, or C.L.W. ever influence Obama, who has proved to be one of the most pro-disarmament presidents in U.S. history? Is Barack Obama C.L.W’s greatest “investment” yet?

How much of a role has C.L.W. money played in U.S. disarmament policy over the last 40 plus years?

How much influence did Leo Szilard’s Council for a Livable World have in tilting U.S. defense policy in favor of the his alleged Soviet masters?

Judging by the “caliber” of the people on C.L.W.’s endorsed-candidates list, perhaps more than most American voters would realize.