Actually, I believe the ‘idiot’ is Susan Sarandon who is speaking…

The following is a post by Zombie on the first LSD dealer who recently passed away. Unsurprisingly, he was a global warming alarmist. Think about it… 8) Read it all; it is fascinating.

The story is told of a young chemist who, one evening, accidentally ingested a droplet of an unknown fluid from one of his test tubes, the leftovers of a past experiment.

Within minutes his mind went reeling and he was subjected to not only the wildest hallucinations, but also what he felt were world-altering insights into the nature of the universe.

The next day, after the drug had worn off, he tried to describe his experience to his colleagues and friends, but could not find the words to do it justice. Everyone he spoke to shrugged it off as a particularly vivid dream and went about their daily chores.

Frustrated, the next evening he placed a larger drop on his tongue, intentionally this time, and entered into a mental state beyond his imagining; he seemed to grasp, with no effort on his part, the very nature of existence. He not only saw God, he realized that he was and always had been part of God. He understood holistically and simultaneously every scientific axiom and principle — including ones that had not yet been discovered — as all being aspects of a single unified theorem of the cosmos, a theorem which he could inspect at his leisure, as if he were holding it in his hand.

Japan Moves 8 Feet Over And 633 Points Down

The Real Battle of Bahrain: Saudi Arabia Vs. Iran

Nikkei Closes Down A Staggering 10.5% After Massive BOJ Liquidity Pump

Niall Ferguson: The Best Case Scenario Is A Rerun Of The 1970s, With Obama In The Role Of Jimmy Carter

The World’s Banks Face $2.5 Trillion In Exposures To Europe’s Fringe

PANIC: May dump water on pool by helicopter

Germany to shut down seven reactors

Morning Bell: No Bureaucrat Left Behind

Medicare and Medicaid Made $70 Billion in ‘Improper Payments’ Last Year—More Than All Spending by Homeland Security and State Departments Combined (Hat Tip: Brian B.)

Fed Sees Economy on `Firmer Footing’; Affirms Bond Purchases – That would be a hysterical statement if it were not soooo terrifying…

March Madness: The Picks Are in for New FBI Boss

The Hate for Sarah Palin

GOP Should Say No to Band-Aid Budgets

The Communist Party USA is organizing a “1st Annual CPUSA National Conference” to be held at the Party’s Unity Center in New York, April 16-17. 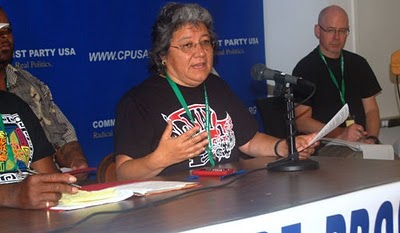 “We need a bigger, bolder Communist Party if we are to meet the challenges of the day…With the all out attacks on workers rights’ in Wisconsin and states across our nation, it is imperative that we build the Communist Party as we help build the grassroots movement for jobs and democracy…”

As tens of thousands continue to take to the streets nationwide to stop the ultra-right Republican assault on workers’ rights, democracy, public education, health care and vital social services, the Communist Party is in the mix, say its members.

In fact, Communist Party members are working in coalition with other progressive groups in helping lead many of the local fight back efforts.

The planned conference is designed to bring communists, the left and “progressive” activists together from all over the country to discuss, plan and act.

The Party has also learned a thing or two from revolutions in Egypt and Libya and plans to step up its use of social media.

Central to the deliberations will be panel discussions highlighting many of the opportunities and challenges of building the Communist current in the working class and people’s movement. Use of the working-class tools like PeoplesWorld.org and PoliticalAffairs.net and social networking sites like Facebook and Twitter are also on the agenda…

Conference participants will hear from activists “in the trenches” and discuss fight back strategies. Participants will share experiences, map out plans, “deepen Marxist methodology and “get fired up” for the big challenges ahead.” Everyone will leave the conference assigned with an “action item” to take back to their local communities.

“The Communist Party and Young Communist League are growing. Readership of the People’s World and Political Affairs are increasing dramatically. However, we need to deepen and expand our influence, grow our membership and help build the people’s movement. In short, we need to do more to meet the urgent challenges. That is why this conference is so important.”

Contrary to popular belief, communism never died. The recent chaos in Wisconsin, Ohio, Indiana and lesser actions in several other states are proof of that.

If the Communist party USA has its way, recent actions are just the beginning. 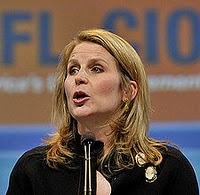 By contrast, Shuler notes “Wisconsin years ago passed” a mandate for labor education within its schools. “That’s why the students came with their teachers,” she said about the ongoing protests in Madison against right wing GOP Gov. Scott Walker’s moves to strip 200,000 state and local workers of collective bargaining rights.

“High school is too late” to educate students about unions and workers, says Shuler, the daughter of union parents in Oregon who joined the International Brotherhood of Electrical Workers as an activist and organizer after college. “We need to get into the elementary schools.“

You’d better believe it. These people are coming for your children.