One of the most spirited, gutsy and intelligent defenses of free speech you are ever likely to hear.

After watching this, Lindsey “Jackass” Graham, will certainly be left “blubbering in the men’s room.”

Dig in to it with us at WorldNetDaily. 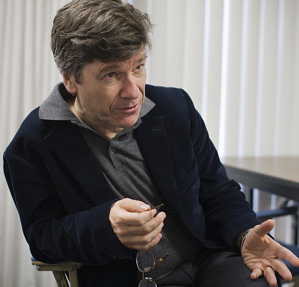 Long-term and worsening unemployment, economic stagnation, labor revolt and a state of siege.

Those are just some of the descriptions of one country that received the kind of economic “shock therapy” crafted by Columbia professor Jeffrey Sachs, who sits on the board of an organization literally seeking to reorganize the entire global economic system.

That group is the Institute for New Economic Thinking, or INET.

Philanthropist George Soros is INET’s founding sponsor, with the billionaire having provided a reported $25 million over five years to support INET activities.

This Friday, INET starts its four-day economic symposium in the mountains of Bretton Woods, N.H.

Note the list of horribles. Does it hearken you to a similar list, in the Declaration of Independence?

Klein then shows where this kind of oppression leads, citing examples. Be sure to click in.

Yesterday, we showed where this ecofascism comes from — a place very familiar to George Soros and many other geriatric Europeans: “NAZI Political Biology: The Hotwiring of Power Politics, Naturalism, Environmentalism & Racism,” by Mark Musser.

There is more to come from the Bound in defense of New Hampshire and the other forty-nine, from the Bretton Woods invasion. We will also order it all up with the appropriate category, so you may more easily track.

The same of course is true about the rest of the world, concerning the overall manipulation of a globally collectivist megacabal and its movement for insurrection. It “hides in plain sight.” Well, much of it is out in the open, though hardly all of it (just lift the stones of Washington D.C. and the guiltily gilded halls of finance and financeers, to see much of the rest of the teeming vermin, also the systematically corrupted halls of education and of scurrying media overlords).

Yesterday, Beck revealed to whomever has eyes to see, that the “We are One” rallies and the “Fight Back Teach-In” are smoking gun evidence of nationwide and worldwide, Marxofascist insurrection. You have to dig in a few minutes, to the 37 minute mark, to hear it, but he adds this to further evidence of coordinated actions of the enemy (“Fight Back,” “Freedom Flotilla,” etc.) so don’t miss seeing that, if you are not already aware. Also, be sure to see his clip of the AFL-CIO’s Richard Trumka’s dead giveaway in his riff of neo-Marxist-speak.

And, this morning, Beck was duly somber in his brief presentation on Fox and Friends. He spoke of the need to see the big new problem and the real paradigm, instead of reverting to the inept paradigm of the familiar. (Web search: the problem of “normalcy bias” and its cure, “OODA.”) The Bound appreciate that and add just one admonition to our media mogul champion:

Now, Mr. Beck, please be as sober and fact-referential about the Soft World War against Freedom & Sovereignty, as when you appear on The O’Reilly Factor. It is time to put the clowning away in that rodeo, thank you. 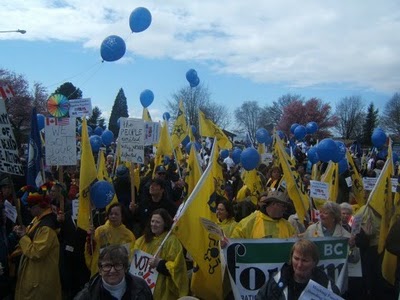 The crowd held small placards emblazoned with U.S. and the Canadian flags and the words, “Working Families Standing Together. We are ONE!”

“Corporate America has declared war on the labor movement all across the United States.”

Wall Street banks and firms sit on $7 trillion in deposits, refusing to invest in job creation while whining that the nation is “broke” and must accept cutbacks, layoffs and austerity, he charged.

Jabbing his fist in the air, Johnson added, “He was talking about union rights. We must torque on that arc! We’ve got to bend it down!”

Jim Sinclair, president of the B.C. Federation of Labor, said Canadian workers are facing a similar nightmare of union busting attacks by the B.C. provincial government and Harper. Canada is in the midst of a national election set for May 2 with Harper, now heading a minority government seeking to win majority control of parliament.

“Stephen Harper with a majority is our Scott Walker,” Sinclair said, as the crowd erupted in boos. “We can’t let it happen!”

“We can’t fund our schools and hospitals. That’s upside down. You’ve got to increase taxes on corporations. No one gave us anything we didn’t fight for. Not one thing! Are you ready to fight?”

Susan Lambert, president of the British Columbia Federation of Teachers, said organized labor is “building a movement that is global in scope.”

“We stand here in solidarity with the people of Wisconsin,” she said. “Governor Walker is targeting teachers. Why? Because they know an educated population will not tolerate these huge disparities in income.”

Dale Anderson, a member of the Amalgamated Transit Workers Local 519 in Wisconsin, said, “Scott Walker awoke a sleeping giant. Hundreds of thousands of union members and their supporters have joined the fight. We will not be denied victory.”

He announced that the grassroots movement just filed 21,700 signatures to force a recall election of his state senator, Republican Dan Kapanke, a supporter of Walker’s union-busting law now blocked by a judge’s restraining order. “He’s the first to go!” Anderson shouted.

Barbara Byrd, sec.-treas. of the Oregon AFL-CIO, came with 40 other union members on a bus from Portland. “This is a pivotal time when we have the opportunity to seize the initiative,” she told the World.

“Scott Walker could be a great gift in terms of our political effort if we can harness the anger of our members” in the 2012 elections.

Stephen Von Sychowski, a member of the Young Communist League of Canada, said “It showed that for the working class there are no borders…They attack workers on both sides of the border so we must stand together.” 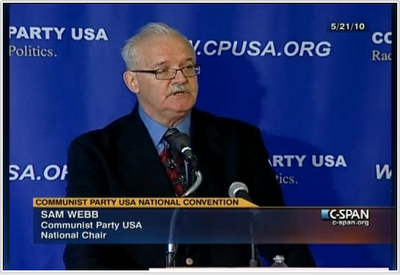 This is a moment of heightened class and democratic struggle. The signs are everywhere – not least in states in the nation’s heartland. It isn’t a time for the fainthearted.

The Republican right is squeezing labor and other sectors of the people’s movement at the federal, state and local level. Nothing like it has occurred in the post-World-War-II period. And we haven’t seen the worst of it.

Public workers are at the center of this attack to be sure, but it also reaches beyond them to the entire working class and people.

While right-wing Republicans are doing the dirty work, not far behind, pulling the strings where necessary, are major sections of the capitalist class.

The .. aim – and this is what makes this crisis response from the top layers of capital different – is to strategically undermine labor’s power in the political arena, much like it has done to labor in the field of collective bargaining.

If successful, it would leave the organized section of the working class, the main social force combating right-wing extremism, a badly weakened actor in U.S. politics and society.

But as Robert Burns said about “the best laid schemes o’ mice an’ men,” they go oft astray. Neither labor nor its allies is rolling over and throwing in the towel. Instead, a working class led counteroffensive is emerging – so much so that it is fair to say a new phase of a struggle is afoot, in which labor and its allies could turn the tables decisively in their favor.

The battle in Wisconsin electrified (for good reasons) the whole country. But the counteroffensive is not just Wisconsin – it is national in scope, diverse in form, creative in tactics, and united in action. This nationwide tapestry of struggle is multi-threaded, woven in varied patterns, loops and colors.

It is accompanied by a change in class mood, feeling and consciousness the likes of which we have not seen in recent decades. In the felt experience of tens of millions, capitalism isn’t working for working people, the American Dream is crumbling, something better is needed.

The counteroffensive in my view dates back to the 2006 elections, where labor and its allies scored a victory and thus threw the Bush administration on the defensive for the first time.

It continued in 2008 when tens of millions danced in unison on the political stage and elected an African American president who promised a u-turn from the far-right policies of the Bush years.

There was an unfortunate lull in this counteroffensive in the first two years of the new administration, during which time the right and corporate class regrouped and went immediately into attack mode. But the lull is over. Labor’s counteroffensive is resurfacing in a strikingly new and promising way.

This augurs well for the future, even though Republicans at the state and federal level, fresh from a victory at the polls last fall, are pressing their advantage.

In the coming months, the GOP because of its legislative majorities may register some victories, but they will be short lived.

In politics, winning and losing isn’t a matter of simple arithmetic, not simply a matter of tallying up what was won and what was lost. Rather, it depends on which side is able to expand its support, deepen its unity, and capture the initiative. It also depends on which side is best able to frame the debate and win the battle for public opinion. And on these counts, labor and the people’s movements are scoring well.

Already casting a long and ever-present shadow over the nation’s politics, economics and public discourse is the 2012 elections.

Labor may have fewer financial resources in 2012, but its army of activists will be far bigger and its ground game will be bolder.

As we dig into today’s struggles, it’s not too early to be thinking about what has to be done to defeat right-wing extremism at the polls next year.

The Communists and their Democratic Party allies/minions certainly do see this as a war. If the left wins the 2012 elections, it is hard to ever see America recovering. The left will establish a complete monopoly on power and proceed to squeeze the last vestiges of life from the American economy and people.

If the Tea Party and patriotic forces can both take over the GOP and win in 2012, America – and the West, has a fighting chance of survival.

Those are the stakes. The communists understand that. So must we.