I love this man! Would vote for him… Would follow him into battle and fight by his side… If he runs with Palin, Bachmann or Cain, I truly believe there would be no way to beat him. He’d wipe the floor with the progressives. The people love him that much. He’s smart, brave and moral – he is just what America needs. A warrior with a good and strong soul. A real man.

Why, yes he is Juan. Yes, he is… Sanity from Breitbart. 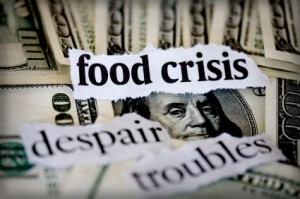 Yes, George Soros was involved in the global elites’ takeover of Argentina which de-industrialized their country, eliminated their middle class and plunged their citizens into massive starvation and unspeakable poverty.

That said, what happened in Argentina is what’s happening in America right now.

They stripped Argentina of its assets, sold them off to the fat-cat global elites, and they increased Argentina’s national debt through massive out-of-control government spending that could never be repaid. This took money directly out of the pockets of the people in order to put it in their own pockets, to destroy their middle class and plunge the people into poverty – and of course to set the conditions to justify placing Argentina under International Monetary Fund (IMF)/United Nations‘ (UN) control.

In America, Obama has nationalized our banks, our car industry, student loans, healthcare, food, etc. These industries are now ripe and ready for sell-off to the fat-cat global elites.

Obama has added over $4.3 Trillion to our national debt in just 2 ½ years – with a complicit and corrupt Congress. To put that into perspective, it took 233 years to accumulate a national debt of $10 Trillion. In just 2 ½ years, Obama added 30% ($4.3 Trillion) to it through massive, massive spending that has to come directly out of the pockets of American citizens and businesses who already give approximately $2.1 Trillion to the Federal government every year.

Union leaders who brag about their daily interaction with the White House could care less that union employees will lose their jobs; they clearly state their primary objective is to suck as much money out of the government as possible, thus causing our national debt to go even higher in hopes of collapsing States under the weight of such massive government costs.

Now we’re hearing George Soros say that our government needs to spend more (increase our debt further), institute a ‘managed decline’ of our dollar (already in progress), and we hear that Treasury Secretary Timothy Geitner and the head of the largest private bank in America – the Federal Reserve’s Chairman Ben Bernanke are considering IMF/UN control of America’s economy and transition to a global currency which will abolish the dollar. How many pennies on the dollar do you think the exchange rate will be?

Obama is purposely causing energy prices to skyrocket (just as he promised during the 2008 Presidential campaign) because he will not let oil company’s drill; oil company’s and refineries are closing down operations in America and moving to globalist-favored countries like Brazil. Obama is also putting our coal industry out of business just as he said he would.

Can you see the parallels? Argentina was set up by their government in much the same way that George Soros, Obama and their comrades are setting America up.

A few more parallels on the destruction of Argentina…

Argentina’s people never got justice and weren’t able to hold their corrupt politicians accountable because the politicians and courts/judges were all in on it and they had all the power. Sound familiar?

While Argentina’s people cried out for their “rights” and expected govt to give them what they were promised (jobs, food, etc.), the government, unions, globalists and public-private globalist corporations got wealthier and more powerful.

In election after election in Argentina, although the people voted, the candidates they chose from were all part of the global elites so it didn’t matter who won. As potential candidates here in America are being vetted, we see that Progressives pretending to be Republicans are plentiful… Donald Trump and Mike Huckabee included.

This is why potential candidates who know what’s going on, who want to restore our Constitution, and are against the globalists’ takeover of America… like Michelle Bachmann, Allen West and Sarah Palin… must be smeared and destroyed by our government-controlled media and globalist politicians on both sides of the aisle.

What’s happened in Argentina is important for us to know because we have a President whose actions are following the blueprint of destruction that befell Argentina.

America is now a heartbeat away from being sold out to the global elites just as Argentina’s government did to their citizens.

The following 12 part video series tells the tale. Pay particular attention to the American players and global corporations we’re all familiar with. Also notice that the people of Argentina kept waiting for their government to give what they promised and many died as they waited. It wasn’t until they joined with their neighbors and began to occupy land and work together to feed and take care of themselves and each other that they were able to survive.

When San Franciscans turn against you, you’re in deep trouble.

Thursday morning, the president was serenaded by attendees at his San Francisco fundraiser. Singing songs and holding signs demanding “Free Bradley Manning,” the group will not be refunded for their $5,000 breakfast tickets. The event was reportedly part of a campaign from the Fresh Juice Party, which is offering cash to those willing to play a part in their protest.

According to Wall Street Journal pool reporter Carol Lee (who must have enjoyed the break in an otherwise uneventful event), a woman wearing a white suit stood up shortly after Obama began his address to the 200-strong crowd. Backed up by her nine table-mates, the soloist began her musical number. “Mr. Obama looked to House Democratic Leader Nancy Pelosi, who was seated in the audience, and asked, “Nancy did you do this?” Ms. Pelosi stared at the singer with a look on her face that definitely said she did not.” The woman was ushered out quickly.

Here’s the lyrics to the song:

It takes a lot of Benjamins to run a campaign

I paid my dues, where’s our change?

Look at the Republicans – what else can we do

In what you seem content to call a free society

To burn a people’s holy book in shameful effigy

But at another location in this country

We paid our dues, where’s our change?