Police and Border Guard forces broke into the Temple Mount compound on Friday after stones were hurled at the end of Friday prayers. Officers dispersed the rioters using crowd dispersal means and isolated them. No injuries have been reported. Three worshippers were arrested.

Dozens of youths began to hurl stones at the Moroccans’ Gate adjacent to the Western Wall as Friday prayers in the Old City drew to a close. Security forces were forced to enter the compound to put a stop to the violence.

Note: Views expressed are not necessarily the views of this blog. This is a guest post.

As the dire news continues to leach out of Fukishima, the silver lining in its nuclear cloud is that renewable energy technologies, despite their daunting start-up costs, are receiving renewed scrutiny.

Make no mistake – given the trillions of dollars invested over the last five decades in nuclear energy, the industry and its lobbyists will not go down without a fight, promoting new, “safe” reactor designs, etc. etc. etc.

But the Fukushima debacle has finally bared the industry’s darkest secret, it inability to manage its nuclear waste. The six reactor TEPCO Daichi Fukushima stored all its waste onsite, and the spent fuel rods and their lack of cooling have been a major contributor to the high radiation levels observed around the facility. Worse for nuclear power proponents has been the reluctant admission by TECPO that three of the complex’s six reactors apparently did in fact suffer a meltdown.

Hydroelectric facilities are a proven technology, but expensive and take years to construct.

With the notable exception of bioethanol, little real money has gone into biofuel renewable, particularly in the U.S., where bioethanol produced from corn has a hammerlock on both subsidies and crop insurance, despite rising concerns about shifting land from food to energy production is driving up costs of foodstuffs. The leading contenders for bio-renewables, camelina, algae and jatropha, all are starved for investment as a result.

Which leaves solar energy, whose major dra wback up to now has been its high cost to generate kilowatts.

That however is changing, as research finds ways to lower costs.

On the other side of the world, according to Huang Xinming, head of a research institute at JA Solar, a large Chinese solar power company, JA Solar has just developed a new technology that could cut the cost of producing silicon, an important material in manufacturing solar panels, by 60 percent.

And once again, China is apparently out-thinking its Wall Street competition, obsessed with maximizing profits and quarterly balance sheets. In any industrial process, increased production lowers in turn production costs. Rather than wait for entrepreneurs to line up in Beijing, china is apparently moving to make solar energy a component of its foreign policy in Africa as it moves to secure access to the Dark Continent’s mineral riches.

According to Sun Guangbin, the secretary-general of photovoltaic products at the China Chamber of Commerce for Import & Export of Machinery and Electronic Products, speaking in a recent interview, China intends to build solar power projects in 40 African nations in a boot-strap effort that will both reduce the continent’s reliance on fossil fuels and open a new market for Chinese manufacturers, the biggest producers of solar panels. Sun noted, “China needs new emerging markets to consume their solar products besides Europe, and Africa could be one of them. We’ll begin investigating this month in Africa to determine a suitable project in each country, such as installing solar panels on the rooftops of schools and hospitals.”

Compare this with today’s pronouncement from London that the Conservative government of David Cameron intends “Drastic cuts for large-scale solar power subsidies,” according to a headline in the Guardian.

London and Washington are both still wedded to Big Oil and nuclear power. But if the 21st century is going to be about the struggle by Western economies to have access to Third World raw materials, it would seem that Africans, their schools, hospitals and home lighted by solar panels, may well look eastwards.

Sarah Palin weighs in on President Barack Obama‘s apparent obsession with bending over forwards for the Russians. 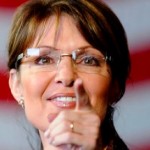 As Governor I fought the Obama Administration’s plans to cut funds for missile defense in Alaska. So imagine how appalled and surprised I was to read this article by former Clinton CIA Director James Woolsey, appropriately titled “Giving Away the Farm,” concerning President Obama’s latest bizarre actions relating to missile defense.

President Obama wants to give Russia our missile defense secrets because he believes that we can buy their friendship and cooperation with this taxpayer-funded gift. But giving military secrets and technologies to a rival or competitor like Russia is just plain dumb. You can’t buy off Russia. And giving them advanced military technology will not create stability. What happens if Russia gives this technology (or sells it!) to other countries like Iran or China? After all, as Woolsey points out, Russia helped Iran with its missile and nuclear programs. Or what happens if an even more hardline leader comes to power in the Kremlin?

We tried buying off the Kremlin with technologies in the 1970s. That policy was a component of “detente,” and the hope was that if we would share our technologies with them, they would become more peaceful. Things, of course, didn’t work out that way. The Kremlin took western technologies and embarked on a massive military building program. History teaches that peace comes from American military strength. And a central component of that has always been technological superiority. Why would President Obama even dream of giving this away?

Members of Congress saw how foolish President Obama’s gambit was, so they put a section in the defense appropriation bill that specifically forbids the federal government from spending money to share these technologies with the Kremlin. President Obama actually threatened to veto the defense appropriation bill over this section of the law! Fortunately, the House passed the bill with a veto-proof majority, a whopping 322 to 96. Attention now turns to the Senate.

Why is it that President Obama seems to work so hard to give things to our enemies, while at the same time asking friends and allies like Israel to make sacrifices?

During these tough economic times when we are facing massive deficits and a competitive global economy, does President Obama really want to give away technologies that the American taxpayer paid lots of money to develop? Giving away our missile defense secrets won’t make us safer. What it will do is create a situation where we are facing an arms race with ourselves. Russia gets access to our technologies, and we are forced to spend even more money because of the need to stay ahead. Does this make sense to you? Me neither. File this under “WTF.”

The only thing Sarah Palin gets wrong here is her apparent willingness to give Russia’s current leaders the benefit of the doubt.

Putin and Medvedev are every bit as hostile to the United States as were Lenin, Stalin, Kruschev, Breshnev and I’ll say it… Gorbachev.

Given the chance, Putin and Medvedev would be as happy to bury the US as any of their predecessors.

Don’t let Obama give them that chance.