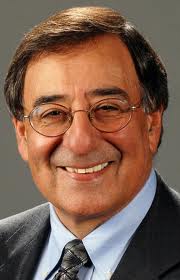 In 1983, then Congressman, Leon Panetta, placed a tribute in the Congressional Record to two of his Santa Cruz, California constituents.

The couple, Hugh DeLacy and his wife Dorothy Baskin DeLacy, both had long histories with the Communist Party USA, and were very active in the Santa Cruz “progressive” movement that had helped nurture Congressman Panetta’s career.

Phrases like “social justice” and “dark forces of McCarthyism” rolled from Rep. Panetta’s pen, in a piece that would not have been out of place in the Communist Party’s Peoples Daily World.

Panetta makes it very clear he sympathizes with his constituents’ world view in the last paragraph.

The struggle of the DeLacy’s, their commitment and their integrity, reinforces our own faith and conviction that the cause of social justice will triumph in the end. I commend their work, and i join in their hope and their belief in a better world tomorrow for all of us.

The DeLacy’s were not merely Panetta’ s constituents – they were close personal friends. Hugh DeLacy was also a longtime correspondent with whom Panetta regularly discussed defense and foreign policy issues.

Dorothy Baskin, served as a Party organizer in Missouri, Colorado and allegedly California. In Missouri she was sentenced, in 1952, to three years in jail under the Smith Act, for conspiring to overthrow the US government by force.

Dorothy DeLacy’s first husband, Jim Forest, was a high level Party functionary in several states. He too was jailed in Missouri and spent some time behind bars, before all the Smith Act convictions were eventually overturned. from 1969 to 1974, Forest toured the world on the Kremlins’ rouble as a Secretary of the Soviet front World Peace Council, before settling back into Communist Party work in San Francisco. 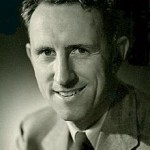 Hugh DeLacy was a covert Communist Party member from at least the early 1940s, including through his 1944-46 term as a Democratic Congressman from Washington State. He went on to work for the Party in Ohio and California, well into the late 1960s.

Hugh Delacy also maintained contact with several “former” Soviet spies, two of whom who had gone on to work for the Communist Chinese government. He certainly remained a committed Marxist-Leninist up until his death in 1986.

If a Republican appointee had even a whiff of ties to the Ku Klux Klan, or a white power group, he would be quite rightly hauled over the coals by the US media and the Senate.

Yet Leon Panetta is in line for one of the most important jobs in the United States government, and has yet to face one single question over his extensive communist and socialist connections.

What are the consequences if Leon Panetta has in some way been compromised by past associations, or indiscretions?

Should the guardians of the Republic, in the US Senate and the media, allow such questions to go unasked and unanswered?