Little late on this one, but they got him.

A man carrying a suspicious package was detained in Arlington National Cemetery this morning after police searched his backpack and found the materials as well as pro-al Qaeda literature, officials told ABC News.

According to law enforcement sources, the man is a naturalized U.S. citizen. Initially he was thought to be of Ethiopian ethnicity.

The statements were found in a notebook that contained mostly notes for a financial class. There was also was a page containing words “al qaeda”, “Taliban rules”, “mujahidin and “defeated coalition forces.”

The man allegedly told police that there were other “devices” in the area and also the location of a vehicle.

We went to the Global warming lecture expecting to get our questions answered. Meet Angus Duncan the Head Of The Oregon’s Global Warming Commission. As can be expected the event was pretty one sided. All I can say is redistribution of wealth and Apollo Alliance. At the climax of this part of the event the citizen journalist was asked to stop filming, even after his camera was closed or leave the event. Even though it was only half way in. Agenda 21 COUGH 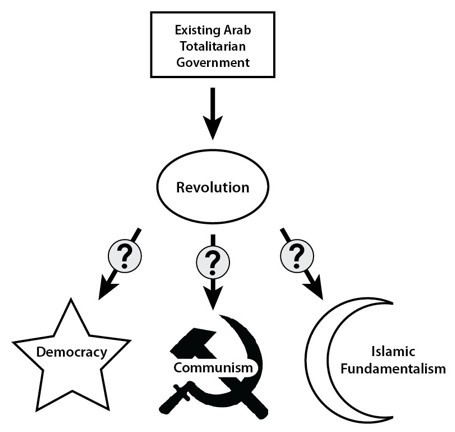 Zombie has a photo spread and post up over at Pajamas Media that should drive numerous points home with all of us. We’ve heard from Glenn Beck and others that the Islamists and the Communists have essentially linked arms in the Middle East to accomplish hijacking Democracy in the name of freedom. They will deliver a very different form of leadership, I guarantee it.

The first photo above, displays three possible outcomes to what many laughably see as the “Arab Spring” sweeping the Middle East. The unfolding events are more like a “Tyrannical Winter” in their possibilities…

You could have Democracy and freedom occur – but it won’t. The people will either trade their current lot for what they “think” is democracy or they will willingly follow Islamic rule. Either way, they will be subjugated and ruled – possibly under a far harsher hand than they experienced before. Such is the world history of dictatorial conquest.

The Communists could win – more likely, but I doubt it. Remember, they linked arms with the radial Jihadists in the 70s and 80s as well in Iran, thinking that after they won (they did) they would rule either under Communism or a hybrid of Islam and Communism (they didn’t). Religious radicals win out every time – they aren’t afraid to die for their cause and they believe God is on their side. It trumps vanilla Communism every time.

A radical form of Islamic rule could win – this is the likeliest of the outcomes. An Islamic Caliphate will ensue and the dance of the apocalypse could begin. You can bet the Mullahs will just be itching to start driving Israel into the sea and finish what Hitler started, the extermination of the Jews. And then the West will be on their dance card of death. Good times indeed… Unless of course, you are Israel or us. 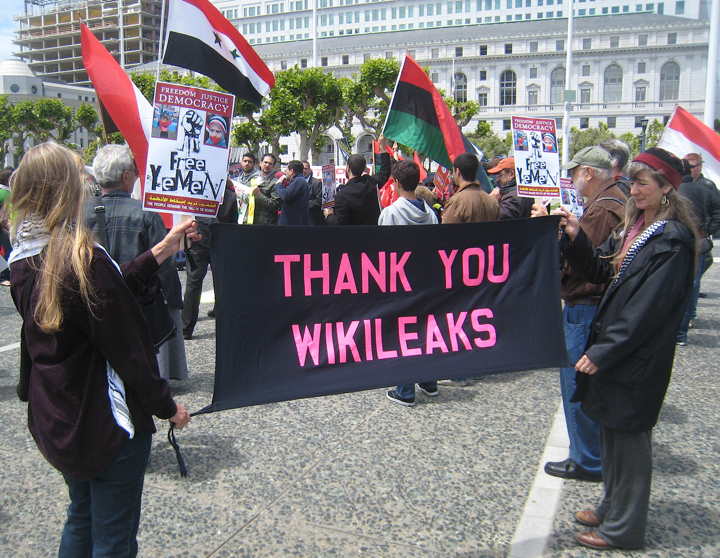 The Communists never learn it would seem. They are just repeating the same old hateful, evil mistakes of the past. Right into the arms of the Ummah and the insane Islamofascists. They will be useful tools until the Islamists have total control and then they will either convert or die with the rest, they just don’t know it yet.

And Russia will use the Islamic states or will try to, to strengthen their global agenda and get rid of Israel and the US. But Russia couldn’t control them before in the end – I think they may be disappointed this time as well.

I would love to see freedom in the Middle East – but I fear that Muslims in the end will follow their religious leaders and freedom will be forgotten in favor of religious conquest and expansion. And as the UN and the West push forward with Responsibility to Protect, it is only a matter of time before a Caliphate is in place and a final showdown starts to play itself out between the free world and a religious monstrosity that, should it prevail, usher in a new dark age on this planet where you convert, submit or die. The left would be among the first to be dealt with and they can’t even see it coming. Pity…

As for the US… As soon as we can clean house of some of the Progressives and Marxists who are trying to rule us into a one world government, we will fight the Islamofascists with everything we’ve got. Just remember boys, good wins in the end and Americans are the white hats (most of them any way).

Read all of Zombie’s post here and check out the photos. I never get tired of watching the loonies go by. I just wish they’d just keep on going is all.

Today there is a story on the front page of the Wall Street Journal that says the Securities and Exchange Commission is weighing civil fraud charges against some credit-rating firms for their role in developing the mortgage-bond deals that helped start the financial crisis. According to the report, the SEC is reviewing the role played by MCO in relation to at least two mortgage-bond deals.

The WSJ claims that SEC officials are focusing on whether the ratings companies committed fraud by failing to do enough research to rate adequately the pools of subprime mortgages and other loans that underpinned the mortgage-bond deals.

Michael Adler, a spokesman for MCO, said: “Although Moody’s is uncertain as to what The Wall Street Journal is referring, we would certainly cooperate with any requests we receive from the SEC.”

As NIA exposed in its critically acclaimed documentary ‘Meltup’, which has been viewed by over 1.1 million people, MCO rated subprime mortgage bonds as AAA that didn’t just decline in value, but went to zero. Today they are rating U.S. treasuries as AAA that NIA believes should be rated junk.

NIA’s co-founders are disgusted by the mainstream media news reports on television that constantly refer to the credit ratings coming from MCO as if they have meaning. We are flabbergasted that the mainstream media is still acting as if MCO is a credible organization. MCO has no credibility left at all. The U.S. is the most indebted nation in world history with a national debt of $14.4 trillion plus unfunded liabilities of $61.6 trillion for total debt obligations of $76 trillion that can’t possibly be paid back without printing the money and creating massive inflation. Our printing press is the only thing that can possibly justify rating U.S. bonds AAA, but using it the slightest bit too much will cause hyperinflation.

Up until now, the U.S. has been successful at exporting most of its inflation to the rest of the world by selling larger amounts of U.S. treasuries each year to China, Japan, and our other foreign lenders. We must now borrow money just to pay the interest on our debts. Interest rates are at record lows due to the Federal Reserve’s very dangerous monetary policies, but this is unsustainable. NIA believes interest rates will soon surge to levels not seen since 1980 and interest payments on the national debt will rise to above $1 trillion annually. This will create record budget deficits, which will lead to more money printing, accelerating price inflation, and a downward spiral in the U.S. dollar.