Read an in-depth analysis at InfoWars…

Guest: Cliff Kincaid for one hour that exposes Leon Panetta.

Track the work of Cliff Kincaid and Trevor Loudon at GulagBound.com, which reveals evidence that CIA Director and prospective Secretary of Defense is a communist collaborator, no cute figure of speech meant.

America’s leading investigative reporter on the ever developing Marxist movement in America, Mr. Kincaid runs the America’s Survival site and is Director of Investigative Journalism for Accuracy in Media (AIM).

We may also be joined by Terresa Monroe-Hamilton, AJ and perhaps others of The Bound.

Read more at the Root… 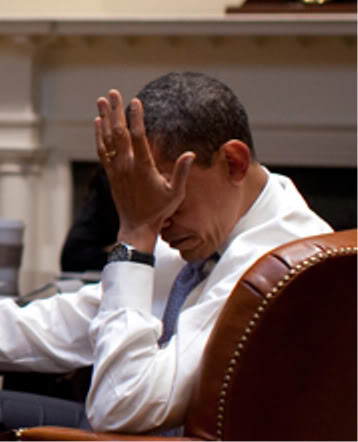 An extraordinary convergence of recent events seems poised shortly to make aviation biofuels the belle of the investor’s ball.

The first is that on 8 June the follows the international standards certifying body ASTM International announcing its approval of its BIO SPK Fuel Standard, to be made official later in the year, of the use of hydrotreated renewable jet (HRJ) Jet A-1 fuel in commercial aviation. The potential financial implications are massive, as together the airline industry and the U.S. military use more than 42.25 million gallons (1.5 million barrels) of jet fuel a day.

One of the leading contenders for ramping up production of Jet A-1 HRJ is camelina, which has undergone extensive testing by both civilian airlines and the U.S. military. Camelina HRJ qualifies as a “drop-in” fuel, which can simply be mixed with regular Jet A-1 in a 50-50 ratio, allowing jet engines to function without any modifications.

In March 2010 Biomass Advisors released their 116-page study, Camelina Aviation Biofuels Market Opportunity and Renewable Energy Strategy Report, projecting that by 2025 one billion gallons of camelina biofuel would be produced for the aviation and biodiesel sectors, creating 25,000 new jobs and producing over $5.5 billion in new revenues and $3.5 billion in new agricultural income for U.S. and Canadian farmers. Biofuels Digest is projecting that global advanced biofuels capacity will reach 4.003 billion gallons by 2015, based on company announcements to date, with capacity reaching 718 million gallons in 2011, 1.522 billion by 2012, 2.685 billion by 2013, and 3.579 billion gallons by 2014.

Fuel and oil comprise 25 percent of civilian airlines’ operating costs. When the price of jet fuel rises one cent, it increases the global cost of aviation $195 million.

The second development is that the critical mass of HRJ fuels on both civilian and military aircraft has been completed, with various military and civilian aircraft flying with HRJ additives made not only from camelina, but jatpropha, algae, babasu and coconut oil, among others. Production is set to soar from small “designer” batches of HRJ produced up to now for testing.

Quick of the block in playing to the big boys, Neste Oil will showcase its NExBTL HRJ renewable aviation fuel at the Paris Air Show later this month and airlines in the Virgin Group are collaborating to attempt to develop and share aviation biofuels at their common port of Los Angeles International airport. More airlines are sure to follow.

Another unexpected development leveling the playing field for aviation biofuels was the unexpected vote on 16 June by the U.S. Senate to repeal tax credits worth about $6 billion annually for producing ethanol, produced from U.S.-grown corn. With its 73-27 vote, the Senate passed an amendment to end the 45-cent-a-gallon subsidy the government gives oil companies for blending ethanol into gasoline and the 54-cent-per-gallon tariff it places on imported ethanol to protect the domestic market. Other biofuel producers for years have complained about the subsidies, which, contrary to popular imagery, go primarily to the oil companies, not small-time farmers.

Ethanol is the most heavily produced biofuel in the U.S., with nearly one third of U.S. corn production diverted to producing it while Brazil distills its ethanol from sugarcane, as an additive to gasoline. Other biofuel producers have complained that the subsidies both gave an unfair advantage to bioethanol producers but also soaked up much of the investment funding that might have other supported other renewables.

Between receiving formal approval for civilian airline use and the federal government preparing to end its support for U.S. ethanol welfare queens, sharp investors will be looking for potential winners on a playing field that is suddenly becoming much more level. And I haven’t even mentioned Pentagon interest in biofuels – yet.

A story for another time.