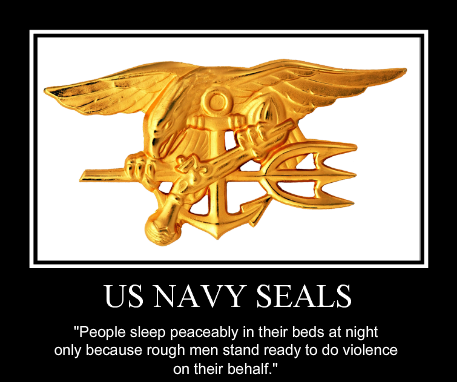 “The only easy day was yesterday.”

A few minutes ago, I got the sad news that a long time friend of mine had passed away. William R. Bauers was one of the bravest men I have ever known. You will be missed my friend – deeply.

Bill was many things. He was a Navy SEAL and a soldier until the end. At one time he was a floor boss for some of the biggest casinos in Vegas. He was a brilliant inventor. He was a scrapper and a fighter all his life. He was a dog breeder. He was a world traveler. And Bill was a paraplegic for over 20 years.

Bill was injured in a freak accident many years ago while driving up Mt. Charleston in Nevada to breed his dog. A herd of wild horses jumped off a ledge and landed on his car. The accident snapped his neck and from that point on, he was mostly paralyzed from the neck down. That never stopped him. He lived a full life and never quit fighting. He fought till the end even when the pain was so great. A few months ago, he was diagnosed with stage four, terminal spinal cancer.

I knew when I talked to him a few days ago, he was saying goodbye. I just knew… He was in horrific pain. We talked about God and meeting on the other side. I told him what my family always says when one of us is about to depart – I’ll see you in a little while my friend. We will see each other again. Bill went while he was still himself and now there is no more pain.

I’ll miss his jokes and his wit. I’ll miss his bravery and his kindness. I’ll miss talking politics most of all. I’ll miss my friend. May God bless you Bill and take care of you. I know you are with your wife and love Jenny again where you so longed to be. The tears I shed today are for my loss and your gain. God speed – heaven rejoices the arrival of another warrior, while I grieve the loss of a friend.

In your memory, I will fight the fight we started long ago. I know you will be with me in the trenches.

If I may respectfully say so sometimes you are a strange God. Though you love all mankind, It seems you have special predilections too.

You seem to love those men who can stand up alone who face impossible odds, Who challenge every bully and every tyrant ~

Those men who know the heat and loneliness of a calvary. Possibly you cherish men of this stamp because you recognize the mark of your only son in them.

Since this unique group of men known as the SEALs know calvary and suffering, teach them now the mystery of the resurrection ~ that they are indestructible, that they will live forever because of their deep faith in you.

And when they do come to heaven, may I respectfully warn you, Dear Father, they also know how to celebrate. So please be ready for them when they insert under your pearly gates.

Bless them, their devoted Families and their Country on this glorious occasion.

We ask this through the merits of your Son, Christ Jesus the Lord, Amen.”

Your attention please, Valhalla Flight ST1 is now boarding for departure from Coronado Concourse Gate 1. All post-corporeal Frog personnel please report for final security checks and boarding procedure. Personnel are reminded that a minimum weapons requirement must be met, so any Frog not equipped with an appropriate long arm, sidearm, and sharps please report to the armory prior to boarding.

Stewardess selection will be performed in the departure lounge. Limit one per Frog, as we have space constraints. Don’t worry about your boarding pass. If you’re hearing this announcement, you’re in the right place.

We hope you enjoy your flight, and thank you for choosing Valhalla Airways.

I’m having a surprisingly hard time accepting the news.

He called my wife a few days ago. They talked politics, he told ribald jokes, and he let her know that power of attorney was in place for his final disposition. Wife called me at work, told me that she felt he was saying goodbye. And, judging by the call she got this morning, he was indeed.

She wrote a thing.

She’s kind of a mess right now. And, to my surprise, so am I. I mean, I know that death is just an illusion, that he’s just moved on, just left a broken and burned out body that was overdue for replacement. And still my eyes burn and I still wipe the tears. Knowing better doesn’t always help.

Thank you all for your kind words.

It helps a great deal having people who understand.