President Obama said if the debt ceiling is not raised, he can’t guarantee 70 million checks will go out to the Americans who receive monthly pay from the government (read article here). The real number is actually closer to 80 million.

The president has also stated he will veto the bill presented by House Republicans (article here). As discussed on various television news shows and broadly stated on the web, there is no mathematical reason why those checks shouldn’t go out, nor for loan payments not to be made (Washington Times article). 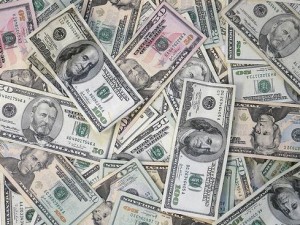 The issue of immediate default is a contrived crisis. Essentially, we are watching a president hold the day-to-day lives of 80 million people hostage, if he is not allowed to borrow and spend us further into socialist utopia.

This is noteworthy for several reasons.

First, no other president in history has blatantly threatened harm to our citizenry if his political demands are not met. Second, we have reached a point in our march toward oligarchic collectivism where more than one third of our adult population receives a regular check from the Federal or State Government. Finally, this crisis provides undeniable evidence for the necessity of eliminating our entitlement programs.

The president is behaving like a Hollywood gangster. “I can’t guarantee youse guys won’t get another window broken, if you don’t pay the protection money.”

He is once again trying to flex the muscles of a soft tyrant. One is reminded of his involvement with ACORN, encouragement of Union thuggery in Wisconsin and elsewhere and his recent meeting with radical group La Raza.

During this meeting, he spoke longingly of bypassing Congress and changing laws regarding immigration reform and “other issues” without Congressional input. In an attempt to hide his obvious disregard for our laws, he later said that sort of behavior would run contrary to “our system.”

It is shockingly inappropriate for the President of the United States to publicly muse about violating the Constitution and usurping the power of Congress. Even Nixon would have made those comments privately. We have an arrogant man child living in the White House.

According to the Newsmax article cited above, 56 million of those checks are for Social Security. The remainder are Veterans benefits and pay for government contractors. It is important to remember, this 80 million does not include the 14 million or so currently unemployed adults receiving weekly checks from their respective state governments.

If you assume 10 million of social security checks are for dependent children, it means 84 million adults are currently depending on government for daily life. Feel free to add 2.5 million Federal employees, 3 million or so public school teachers, a million cops and firefighters and all the other state employees across the country. According to the 2008 Census, there are around 230 million adults living in the United States. This means roughly 90 to 100 million adults out of an adult population of 230 million receive regular pay derived from tax dollars.

The focus from the Republican/Mainstream Conservative side of the Debt Ceiling debate has been on cutting spending, some entitlement reform and a Balanced Budget Amendment. While I support spending cuts and certainly believe in the necessity of the BBA, these remedies are not enough. Social Security and Medicare are coercive, create a large, easily manipulated population, threaten our financial stability and provide a structural and psychological foundation for a larger nanny state. It is not enough to reform these programs or create actual “lockboxes” for funding. They need to be phased out.

Naturally, the Left has a gross love affair with entitlements. It stands to reason they should, since these programs move us closer to a totalitarian system. Recently, I heard the president refer to Social Security and Medicare as the “crown jewels” of our social Safety Net. He then chuckled about the irony of his statement. I believe the president was being completely honest. Social Security and Medicare are the foundation for the nanny state in this country. These “jewels” provide him with a ready made army of voters to intimidate or bribe. Other presidents have used this tool as well. Bush bought off tens of millions of seniors with the Prescription Drug Benefit package to the tune of an addition $60B per year. The cost of the program was estimated at a higher $112B per year. George W. Bush was willing to throw a $100B bone at the bread and circuses set to achieve reelection.

Whether it is the bribery of the “compassionate conservative” or the threats and fear mongering of the Commissar in Chief, subjecting such a large portion of our population to this sort of manipulation is incompatible with true Constitutional governance. The mob rule of the 21st century is entitlement based.

Even if we were to ignore the Constitutional and philosophical problems caused by these programs, the financial reality would still remain. Federal spending for 2010 is around $3.5T. Federal income for 2010 is S2.1T. That leaves a deficit of around $1.4T. The GDP of the United States in 2010 is around $14.6T. Safety Net spending is $1.4T for 2010. Discretionary spending for 2010 totals around $660B, or 19% of the budget. Defense spending is around $689B or 20% of the budget. These are rough figures from Wikipedia and the CIA World Fact Book, but they are still useful. A quick look provided these simple conclusions:

Social Security and Medicare are a multi-trillion dollar millstone around the neck of the American Taxpayer. Discretionary and defense spending can be cut. Demographics and the guarantee of political manipulation ensure that if left unchecked, Safety Net spending will increase. This is what is driving our debt crisis. We can not continue to have an operating government while also paying our entitlement debts without incurring economy-crushing debt.

Social Security and Medicare need to be phased out. They are a tool for political manipulation, a weight on the economy and the root of the nanny state in this country. Properly done, there would be no more misery and death than there is already.

Younger people would pay little or nothing and would plan to receive little or nothing. The gap provided by the lack of these programs would create new industries and new investment vehicles. As a person in my early thirties, I am more than happy to volunteer to pay twice the Social Security tax for the next ten years in exchange for the dissolution of the Safety Net and a back-end tax credit deal.

Eliminating entitlements is the only real, long-term solution to our debt problems.

One thought on “Solution for Debt Problems? End Entitlements”